All many people know of this now common disorder is that diabetes involves the pancreatic hormone insulin and blood sugar in some way. This simple answer is right though so generalized it does not go into the specifics of the two types of diabetes. However, just as in every other system or state of the human body, diabetes is more like a spectrum than a clear cut line delineating that the body is representative of it or not.

That is because the body can go into diabetic states when overtaxed, as gestational diabetes (pregnancy induced) demonstrates, or when there is too much sugar passing through our system for the body to adequately handle. This second one is far more common these days than at any time in the history of the human race, a distinction we should not be proud of.

So a little explanation of the ‘what‘ of diabetes is in order.

The islets of Langerhans (IL) is the area found in the pancreas that releases two different sugar-regulating hormones. The IL’s beta cells release insulin, and the IL’s alpha cells release glucagon. Both regulate the glucose in the blood.

Insulin reduces the amount of sugar in the blood by driving glucose through the cells membranes. That is how a cell gets the fuel it needs to operate its cellular operations and participate in the human organism.

Glucagon does the reverse by increasing the amount of glucose in the blood. Glucagon boosts the activity of the enzyme phosphorylase which works on the conversion of liver glycogen to glucose and its release into the blood stream.

There are a few more hormones that work on regulating blood sugar, but in the interest of keeping this concise, I will not be discussing them here. These include human growth hormone (HGH), adrenocorticotropic hormone (ACTH), and thyroid-stimulating hormone (thyrotropin).

Diabetes mellitus translates as “honey fountain.” This comes from the ancient custom of sampling the urine to detect high levels of sugar excretion by the kidneys. That is one of the ways the body attempts to get rid of high levels of glucose in the blood.

There are two types of diabetes:

Type 1, or insulin-dependent diabetes mellitus (IDDM), is caused by the pancreas’s beta cells producing little to no insulin. This is usually a disease of genetics appearing in the young.

Type 2, or non-insulin-dependent diabetes (INDDM), the bodies individual cells have become desensitized to insulin which is still produced usually in slightly higher if still average amounts in the pancreas. This is a disease of the old and has traditionally been called adult-onset diabetes. However, it is increasingly becoming normal in children these days. This is an indicator of how far to one extreme the American Diet is pushing the population from one generation consuming it to the next.

If you consider food as a drug, which it is, then it is perhaps easy to see diabetic symptoms as an overdose of sugar. Your body naturally will build up a tolerance to any substance just as it does with drugs and alcohol so it should not come as a shock to us that it does this with foods we eat as well. The drug of sugar, while taking longer to make us sick, is just as addictive if not more so, than any other designated drug.

The beta cells in the pancreas also release a second hormone, human islet amyloid polypeptide (hIAPP), that plays a role in diabetes through the buildup of plaque in the beta cells. This plaque is very similar to that plaque found in Alzheimer’s patients’ brains in that it works to destroy 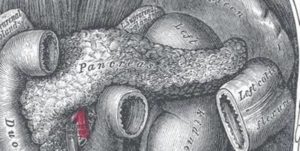 the beta cells, thus degrading the amount of insulin the body can produce (this is opposite of what I said above per Type 2 diabetes, an example of how research doesn’t always link). It has consistently been found in the pancreas of Type 2 diabetic cadavers.

Zinc has been found to play a role in slowing or preventing this plaque build-up. High levels of zinc will inhibit amyloid fibrillogenesis in the hIAPP. It does this by increasing the lag time of fiber formation and decreases the additional build up of existing fibers. This is interesting because people with diabetes are routinely chronically low in zinc from polyurea (frequent urination) caused by excessive glucose in the blood.

Why is Diabetes on the Rise?

This is one way that diabetes comes at us. Generally, NAFLD will be found in those that are skinnier (Yes, you can be skinny and have Type 2 diabetes). Consumption of fructose on a large scale can lead to liver damage. The liver handles the large amounts of fructose similarly to how it handles alcohol, turning the fructose into fat and storing it. This, in turn, produces a similar cascade of problems much as consuming significant amounts of alcohol can (and all without the fun too).

The cause has a lot to do with diet. Mass consumption of soda products and cheap juice drinks is a primary component of this. One that I was not aware of though is industrial seed oils (corn, safflower, sunflower, etc.). Vegetable oils are heavily processed food substances, so it comes as no surprise that they are turning out to be an unhealthy food source. Saturated fats as found in butter, coconut oil or fish oils have not been found to promote NAFLD (you can explore more about saturated fats in this article on cholesterol).

This is not a small problem even if you have never heard of it. Non-alcoholic Fatty Liver Disease affects around 30% of the population in industrialized nations. This is troubling as it has been proposed that NAFLD is a contributor to the body’s insulin-resistance and can lead to diabetes among the many other problems that can crop up with having a fat, angry liver.

In men and women these days, estrogen dominance is a daily battle. As cited many times on this site and elsewhere, our modern world is saturated with xenoestrogens that mimic estrogens in the body and other chemicals that act as anti-androgens. This is a deadly cocktail for any man (and equally unhealthy for any woman as well) to deal with, but for older men in the midst of natural testosterone decline, it can be disastrous.

High estrogen-to-testosterone levels lead to an accumulation of fat. As fat cells are deposited, the groundwork for Type-2 Diabetes is laid, brick-by-brick, adipose cell-by-adipose cell. This is the primary way that our sex hormone mixture can affect the health in a big way. So lowering the levels of estrogen in the body and helping our testosterone levels return to a more balanced state is an essential mechanism for combating diabetes.

Do note that the reason weight is generally much more easily packed on as we get older is the natural way that estrogen plays a bigger part in our lives as time goes on. It is a natural process that our society has labeled as undesirable because of its contemporary worship of youth.

Ways to bring balance to our sex hormones

Gluttony of varying degrees predominately causes Type 2 Diabetes. This is because all cells make a unique enzyme, HSD-1, short for 11-beta-hydroxysteroid-dehydrogenase-1. This enzyme acts as a local amplifier of cortisol even if the blood levels of cortisol remain normal or below-normal. The highest concentration of these enzymes is found in adipose cells, the liver, and the brain. 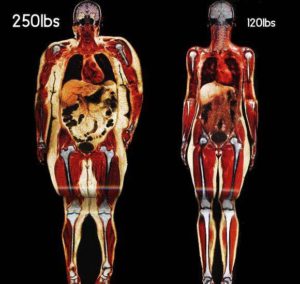 This enzyme is essential for understanding obesity in itself as it basically tells a fat cell to store more and more fat because cortisol levels are high (even when this is not the case).

In addition to this negative feedback loop, HSD-1 makes the insulin-receptor sites on the cells less sensitive to insulin and thereby increases blood sugar levels. This can invariably lead to a prediabetic state and plays a big part in establishing diabetes in an individual. 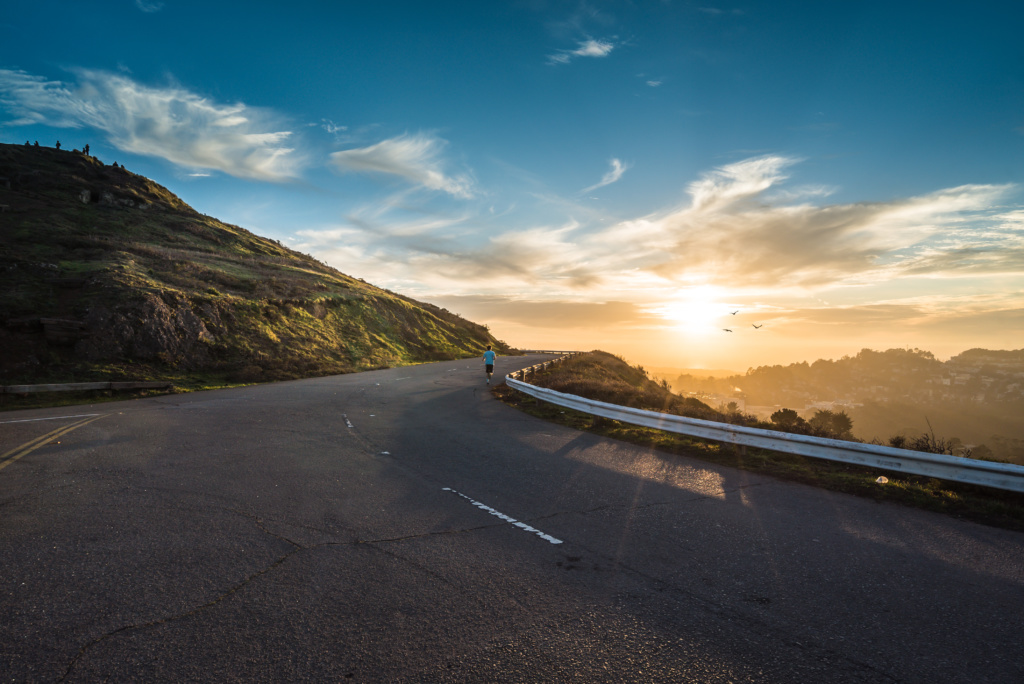 Vitamins and Minerals that are Normally Deficient in Diabetes

While susceptibility to diabetes can be passed down generationally as is happening quite obviously more often these days, to a large extent diabetes is a result of our out of control dieting patterns. I do not mean ‘diet’ in reference to losing weight (a modern invention) but as it is traditionally used in reference to all the food that is consumed by an animal.

The rise and normalcy of diabetes in our culture is directly related to our consuming a diet that has never existed before on this planet. We should applaud ourselves for this mass experiment we are conducting on ourselves. However, we all know the realities of the results, so maybe it is time we mature a little as a society and learn some self-control. Genetics permitting of course.