Pine Pollen’s superpowers comes from its rich nutritional value and the ability to support hormones on many levels. Male customers love the robust sex drive, better focus, and feelings of well being after taking it.

Pine Pollen can also ramp up energy and endurance levels. Athletes use it to overcome the obstacles they encounter in their field of play. Plus, it balances hormones in both men and women. While also kickstarting metabolism to aid with weight loss.

If you deal with any kind of lethargy or libido issues, Pine Pollen can be a game-changer for you.

Pine pollen is the most popular thing we sell at Lost Empire Herbs…and for good reason. We’ve nicknamed it the “Superfood of the 21st Century” because it has become popular in the West (well, still working on spreading the message) at a time when we need it the most. 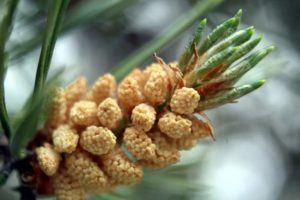 Also read: What Is Pine Pollen

The environment is polluted. And most of the pollution is in our homes from plastic goods, pesticide-laden food, parabens in skin care, flame retardants in furniture.

Something the majority of these man-made chemicals have in common is that they’re endocrine disruptors, which disrupt normal hormone health (including testosterone).

Also read: Pine Pollen – Everything You Wanted to Know

That’s where pine pollen comes in. While research on its effects is sparse, anecdotal evidence is huge on the benefits of pine pollen. Just check out the reviews to see for yourself. And then try it yourself.

Also read: Everything About Pine Pollen 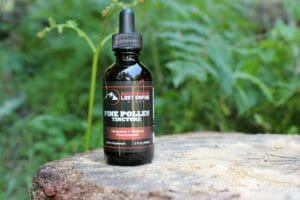 Not only do these seem to have some effect in supporting your hormones directly, but they may help to protect or detox some of these negative pollutants too.

Now you might be wondering how to take pine pollen and what forms it comes in.

Pine pollen powder is loaded with nutrition. In a small amount it can support you subtlety. In the Megadose amount the effects are more pronounced. Especially for men, with this we noticed the Morning Wood Effect works for the majority of guys. And if it works then…it works other times you want it too ;)