This article about male and female hormones is important for both men and women. Women have much more estrogen than men. Men have many more androgens then women. But both genders have both. And both are affected by the modern day environment to become estrogen dominant in a way that undermines their health and performance.

There are many hormones in the body, in fact, there’s over 240 of them. For this discussion we need to dive into a few of these varieties. Estrogen is not just one hormone, but a class of several different forms. 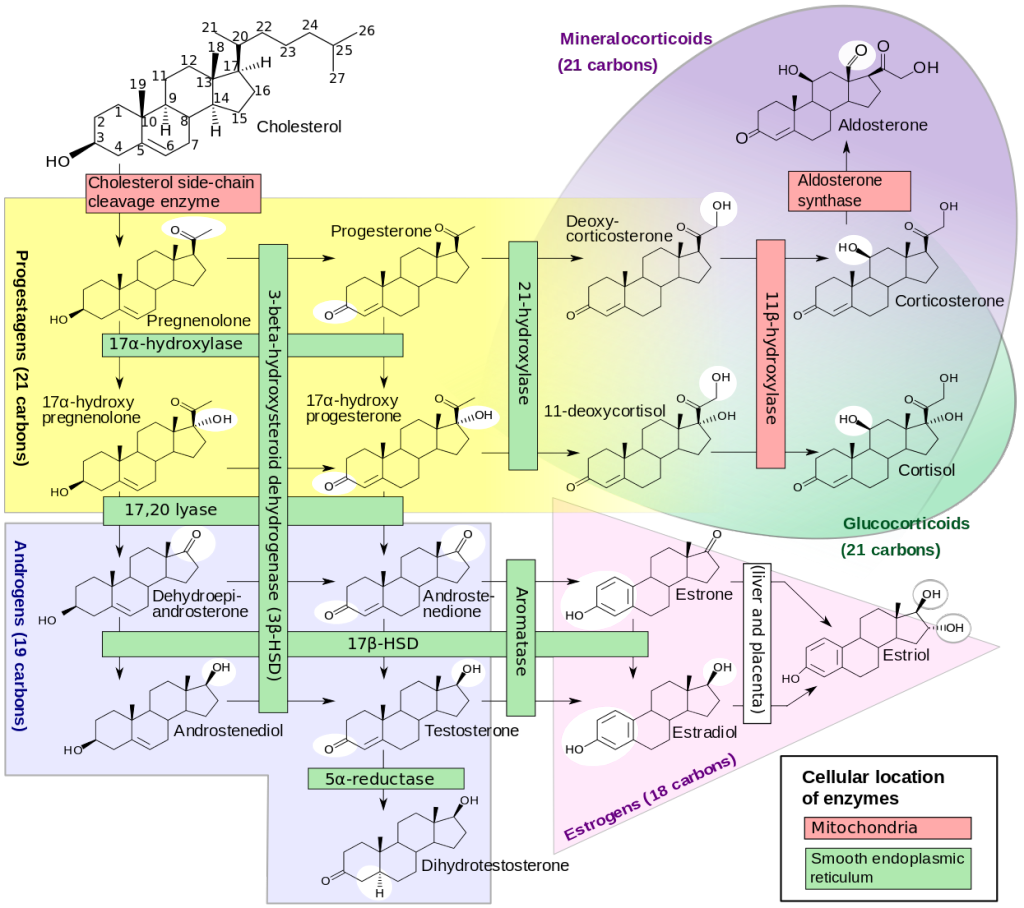 The conversion of many hormones including the androgens and estrogens

So its important to note that while all estrogens are necessary in both men and women, especially women, their effects will depend on the ratio and amounts of them.

As we’ll discuss in more depth, estrogen dominance is an overburdening of excess estrogens, especially of the “bad kinds”, leading to all sorts of health issues.

The Androgens and their Effects

Having your androgenic hormones working properly will allow you to build and retain muscle mass better, support weight loss, enhance sex drive and function, increase “zest and vitality” and a sense of well-being in life, and even support cognitive function.

In addition to these effects for both sexes, androgens serve as the precursors to estrogens. So the androgens are required as precursors to some of the hormones they need and must be converted.

The Bad Effects of Estrogen Dominance

So just what will estrogen dominance do to you? Here’s a list of a variety of illnesses and problems it can contribute to. 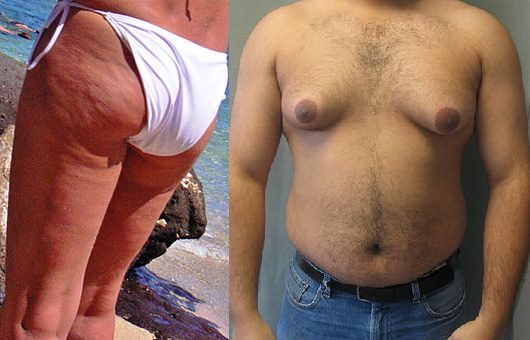 Estrogen dominance can lead to many health problems and “cosmetic” issues like cellulite and “man boobs”.

Unfortunately, after puberty our “healthy” hormones, in both men and women go on a decline that appears to last the rest of our lives. It appears we’re made to become men and women, and be able to pass on our genes, peaking in our 20’s, then it’s a slow decline from there.

Eventually, this leads to menopause in women and andropause in men. Both of these occur when the male and female hormones have suffered enough to lead to some massive changes in the body.

While this is a natural process it can be “put off”, and certainly become an easier transition, by taking the right steps to support your male and female hormones. The whole field of anti-aging is largely about keeping your hormones at the healthful levels of your youth.

Aromatase is an enzyme that converts androgens to estrogens. While necessary, this can become a problem especially in men if it is being done too much. If so, this takes all the hormones that would give you health and vitality and convert them into something that does the opposite.

A variety of factors, like too much toxicity and impaired detoxification can contribute to increased aromatization.

Aromatization is the conversion of health androgens into often unhealthy estrogens.

SHBG, as the name suggests, is a protein that binds to androgens making them unavailable for use in the body. This and other binding molecules are the difference between total and free testosterone. The sad fact is that testosterone can’t deliver its benefits if it’s bound up. While SHBG serves its role in the body, once again, too much can contribute to estrogen dominance.

As previously mentioned the modern day environment is the biggest contributor to estrogen dominance and all of the problems that it brings. Here we’ll explore just how prevalent these estrogens are in our everyday lives.

The different types of estrogens can be classed in a number of ways.

From pesticides, chemicals, plastics and more. Common sources include: 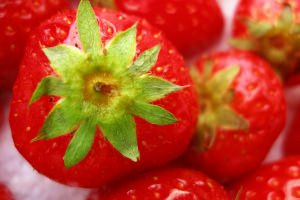 A heavy dose of estrogenic pesticides and insecticides.

These estrogenic compounds are found in nature. If we lived in a “natural” world these probably would not be a problem, but in combination with the other estrogens it is best to avoid these completely. 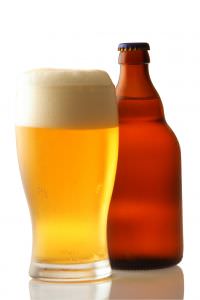 It’s not just the calories that contribute to a beer gut, but estrogenic hops causing fat accumulation.

While many people in the field of health are aware of the problematic effects of heavy metal toxicity it is not well known that these metals contribute to estrogen dominance. Heavy metals contaminated products include: 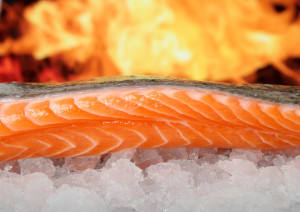 These toxins are from various fungi that contaminant many foods.

Do you know what’s growing on your coffee?

The best thing you can do is limit your exposure to all of the above. But because these things are everywhere that’s a tall order even for the most health-conscious of people.

The Superfood of the 21st Century

Because of all of the estrogens in the environment our androgens, for both men and women, need support.

Even if we do everything we can, and let’s face the truth, that very few people are, avoiding estrogens is like a losing a war against an over-whelming enemy.

So let’s bring in the CAVALRY.

Earlier we discussed phyto-estrogens. These are estrogen mimicking compounds in various plant foods. While some may serve a purpose, the problem is with all the other estrogens, it is probably best to avoid these as much as possible.

Many people in the field of health are aware of these. But most are not aware of phyto-androgens. Part of this reason is that these are far more rare.

Luckily there is one substance that is fully loaded with them, the pollen of pine trees. (As a side note, pine nuts do contain some androgens, but in much smaller amounts.) 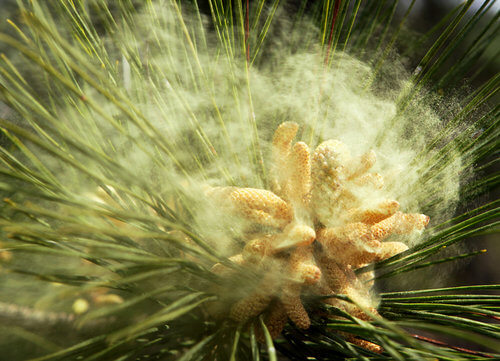 As part of the reproduction of pine trees, pine pollen is loaded with phyto-androgens which the human body can benefit from.

Pine pollen, as the male reproductive part of a pine tree, has many phyto-androgens.

Pine pollen contains gibberellins which are structurally very similar to testosterone. In fact, they have been found to actually connect with testosterone receptors in the human body. Basically, they can mimic testosterone in the body and, as Stephan Harrold Buhner tells us in his book The Natural Testosterone Plan, “because of their adrenal and pituitary actions, they stimulate androgen production in the body; energy levels increase.” They act as prostate regulators, up­regulating when the prostate is too small (one study had castrated rats keep their prostates from shrinking) and down­ regulate when the prostate is too big and inflamed. They are also anti­cancerous and anti­-inflammatory in the rest of the body.

Pine pollen also contains over 30 different kinds of brassinosteroids. Two of these brassinosteroids are used in the mechanism through which the liver safely removes xenoestrogens and other chemicals from the body. They have strong anti­viral actions and are, “considered to be highly novel steroidal compounds with unique anticancer actions while possessing very low toxicity.”

Pine pollen has substances that are similar to testosterone, DHEA, androstenedione, androsterone and more. And that’s not all. Its chock full of nutrition with over 200 bioactive antioxidants, vitamins, minerals, amino acids and other super nutrients.

Understand that this is not like hormone replacement therapy. These are small amounts of hormones, but combined with the intelligence of all the necessary co-factors found in pine pollen. This doesn’t boost your hormones to unsafe levels, but instead helps to educate your body towards a more normal or optimized function.

We believe this is such an important superfood for people living today that we’ve made high quality pine pollen available at a low price. Go here now to get the full details and pick up your bag.