Home » Blog » Does Coffee Dehydrate You? 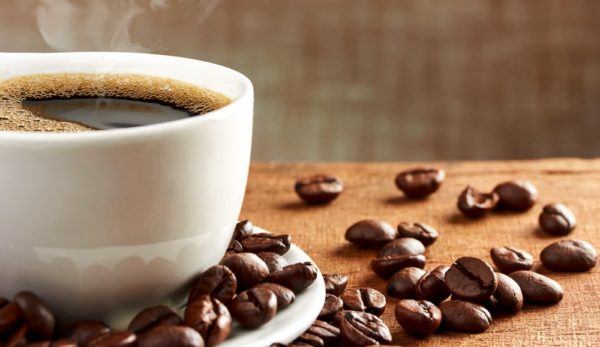 Coffee is the world’s third most consumed beverage in the world, even surpassing the sales of the second most consumed beverage, tea. With what is estimated at a market value of $80 billion, it is the fuel of our around the clock addicted society (1). It has been a major component of the working class world for a few hundred years now (in the West especially) and shows no signs of relenting its hold back to tea in America, where it remains the most consumed beverage. Is it possible that all these coffee drinkers are dehydrating themselves? 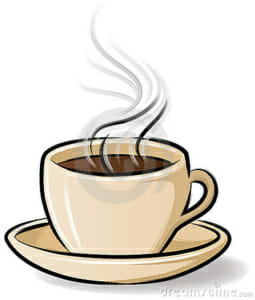 With an estimated 1.6 billion cups of coffee being consumed worldwide every day, research into the actual pros and cons of this drink are important (2).

Because of the biohacking movement taken place now, coffee is enjoying the light of many beneficial health claims. Not only does it promote a more focused and alert mind but it has been shown to have many favorable effects on endurance and strength athletics.

Those in sports, however, have long heard the drum roll of the dehydrating capacity of coffee that is toted everywhere. The fact that many studies are showing the usefulness it has to those that partake in many different movement formats means that a closer look should be taken off this possibly very negative aspect of what otherwise is an amazing herb.

Note: This article looks at one aspect of coffee consumption. While there are many benefits to regular consumption there are potentially many negatives such as reduced digestive capacity and mineral malabsorption caused by acidity and/or nervous system upregulation which could be undesired by those suffering from anxiety or skittishness.

Does coffee dehydrate you?

Perhaps the biggest misconception of coffee is the common claim of its ability to dehydrate us. 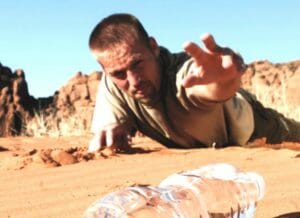 If is commonly thought that if you drink coffee beverages, you should also consume more water to counterbalance the diuretic effects the caffeine has on your system. It is believed that 8 oz of water should be consumed for every cup of coffee (3).

Researchers have been studying this for some 80+ years now and indeed it has been proven accurate that coffee does possess a strong diuretic effect on the biology (2). However, the way studies are conducted can often lead to generalized statements, such as the one that caffeine works to dehydrate.

What is now known that was not known back then is that our bodies adapt to the coffee’s diuretic activity relatively fast. In about four days’ time, the diuretic effect is mitigated by the body. With the cessation of this effect, coffee actually becomes a source of water for the body (2).

It is true that you can become habituated to the effects of the caffeine in the coffee. But with increased consumption, the diuretic effect can come back on, stronger than ever. Since moderation is key to anything, it makes sense that moderation is even more so with an adrenaline producer like coffee.

While other health issues involving coffee may or may not exist, a concise look at the research finds that no one believes that coffee is anymore dehydrating than normal. Even the mayo clinic website states that:

It is true that caffeinated fluids can contribute to your daily fluid requirement.

Drinking caffeine–containing beverages as part of a normal lifestyle doesn’t cause fluid loss in excess of the volume ingested. While caffeinated drinks may have a mild diuretic effect — meaning that they may cause the need to urinate — they don’t appear to increase the risk of dehydration (2).

Obviously, drinking coffee as your only source of water is just dumb. 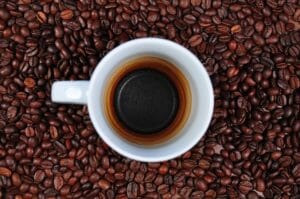 High caffeine consumption fries the nerves. Everyone has felt that disgusting comedown effect that drops like a theater curtain over your world just making everything about the day gross and sticky. It is very reminisce of coming off of certain drugs (though in a much, much milder way).

So while it may be true that you are not being dehydrated because you are a daily coffee consumer, the ability to lose your tolerance to coffee comes just as quickly as it is gained. In a measly four days, in general, all tolerance is lost. This means for those that limit their coffee to once or twice a week in the belief that less is healthier, are actually promoting their own dehydration.

Just be smart about your consumption of coffee and you really shouldn’t have any issues. Listen to the body. You know when you are drinking something and something seems off. Anyone SHOULD know that the feeling of being “cracked-out” because they drank too much of the stuff is not healthy to do on the daily.

Some people are more sensitive than others and finding where you lie in relation to the food you eat and drink is very important to achieving a balanced state of radiant health.

Check out one of our other coffee articles here.

So drink your coffee regularly and help yourself stay hydrated!

(2) No Evidence of Dehydration with Moderate Daily Coffee Intake: A Counterbalanced Cross-Over Study in a Free-Living Population