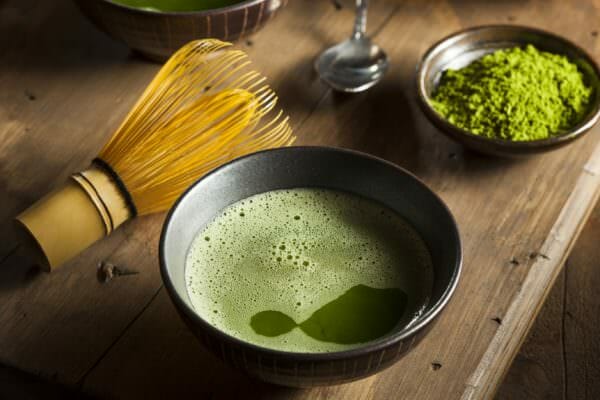 Matcha: you may have seen, heard of, or tasted this Japanese delicacy in anything from Frappuccinos to cupcakes.  Whether you think the matcha craze has gone too far or you can’t get enough of matcha-mania, this specialized tea is still an incredible superfood that you should be consuming. Let’s learn more about how to use matcha for energy, metabolism and immunity.

Matcha is a unique type of green tea, originally cultivated in Japan and grown in the shade (more about this later), the tea leaves are hand picked and finely ground using carved grinding stones. To enjoy matcha one mixes the powder with liquid- meaning the entire tea leaf is actually consumed- in contrast to traditional preparations where tea leaves are steeped and removed. This unique process enhances the seemingly endless health benefits of matcha. Although, in the interest of brevity, this article will only focus on three benefits unique only to matcha: 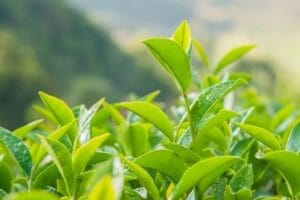 As hinted at above, there is something special about the shaded growing technique used in producing matcha. When the leaves are shaded, they produce much higher concentrations of chlorophyll (and L-theanine, see below) because they need to produce the same amount of energy with less sunlight.

Chlorophyll just so happens to have a long list of wellbeing enhancing effects itself, including strong anti-carcinogenic properties. In one study, chlorophyll was shown to significantly inhibit the cytotoxic and hyperproliferative effects of colon cells, common in diets with high red meat intake. In plain English, this means that diets high in red meat tend to cause toxicity and an extremely high degree of growth in cells that line the large intestine and, when fed chlorophyll along with a diet of red meat, subjects showed significantly less cell toxicity (cytotoxicity) and growth (proliferation)1.

It was hypothesized that chlorophyll competitively binds to the receptors that are key in making certain carcinogens active in cells, effectively blocking their port of entry. Regardless of the actually mechanism, however, it is clear that chlorophyll has a significant impact on reducing cytotoxicity and uncontrolled cell growth.

Although many plants may aid in fat burning, matcha helps in weight loss in a unique way.

One of the most popularly purported benefits of matcha is its EGCg concentration. What is EGCg? Good question, EGCg, or epigallocatechin gallate, is a catechin.

What is a catechin?

Catechins are a type of polyphenol, which are one of the three main categories of antioxidants found in plants. Aside from fat burning, “the ingestion of catechins induces antioxidant, antiviral, antiplaque-forming, and anti-disease activities, as well as decreases in blood pressure and blood sugar”4. Add to this significant reductions in “body weight, BMI, waist circumference, body fat mass, and subcutaneous fat” shown to be experienced by those who consumed “tea rich in catechins” and it becomes hard to see why these molecules are not thrown around by the media more often4.

It has been proposed that the mechanism of action for this is norepinephrine-induced lipolysis. Specifically, “green tea catechins enhance lipolysis in the presences of norepinephrine via a PKA-dependent pathway in 3T3-L1 adipocytes”2. If that sentence might as well be written in Martian, you’re not alone. So, let’s break it down. Basically, what is being said here is that catechins, in the presence of a hormone (norepinephrine), act on a certain metabolic pathway (PKA-dependent pathway) in fat cells (adipocytes) to trigger fat burning (lipolysis).

Now, norepinephrine is not always in high concentration in your cells. However, it is released in large quantities after exercise or even after a sauna or cold exposure. So, to really maximize fat loss, drink your matcha after you exercise. It’s that simple, if you could lose an extra 6 pounds in 12 weeks just by adding tea to your diet, wouldn’t you do it?

One of matcha’s most unique properties is that it seems to imbue the user with an almost paradoxical sensation of energetic vitality and calm composure. The experience is truly quite different that a coffee fueled caffeine buzz, which, as we all know, can feel manic and unsettling at times. With matcha, you feel awakened. You energy levels are certainly higher, but there is a reassuring sense of tranquility to it. You can almost feel your peripheral awareness widen- your senses are most definitely heightened.

This may sound too good to be true and, sure, the disclaimer that everyone will experience matcha differently must be emphasized, but the reason for this unique sensation is firmly grounded in science! Specifically, the unique synergistic combination of caffeine and L-theanine. Caffeine provides the energy that is common to any variety of tea or coffee, while L-theanine contributes the special blend of cognition enhancing relaxation.

In one study, L-theanine (which is just a plant-based amino acid analog), was administered to a high-anxiety group and a control group in order to test attention and reaction times. It was found that L-theanine “lowered heart rate, elevated visual attentional performance, and improved reaction time response”, indicating that it decreased stress while increasing performance3. This is not the only study of it’s kind, L-theanine has repeatedly been shown to increase cognitive function while lowering stress and anxiety and has actually been researched for the treatment of depression, anxiety, and sleep disturbance2.

With all of these benefits, it is little surprise that matcha is so in vogue at the moment. And we haven’t even touched on many of the other benefits like how matcha tea helps the liver and kidneys.

Although it may fade away from the limelight, these concrete health implications will not. In the face of all this evidence, it really is a no brainer to have some matcha for energy once in a while or, better yet, on a regular basis!