Li Ching Yuen was quite the extraordinary man. As a Chinese herbalist, he lived 256 years or, “only” about 200 years by his own account. Either way, this is far more than is recognized as the maximum human life span. Let’s learn why he chose a diet containing herbs like Reishi medicinal mushrooms, He Shou Wu, Ginseng, Gotu Kola and Goji Berries!

The famous photo of Li Ching Yuen holding what appears to be a Ginseng root.

(The longest confirmed lifespan comes from Shirali Muslimov with the French woman Jeanne Calment, at 122. Another front runner, with similar debate about his, is Shirali Muslimov at an alleged 168 years old.

This modern day Methuselah had the picture taken above in 1927, a few years before his death, at the invitation of general Yang Sen in Wan Xian, Szechuan. The general, fascinated by his age and the youthfulness he displayed despite it, investigated his background and later published a report with his findings.

The New York Times covered Li Ching-Yuen several times including after his death in 1933.

Li Ching-yun, a resident of Kaihsien, in the Province of Szechwan, who contended that he was one of the world’s oldest men, and said he was born in 1736 — which would make him 197 years old — died today.

A Chinese dispatch from Chung-king telling of Mr. Li’s death said he attributed his longevity to peace of mind and that it was his belief every one could live at least a century by attaining inward calm.

Compared with estimates of Li Ching-yun’s age in previous reports from China the above dispatch is conservative. In 1930 it was said Professor Wu Chung-chien, dean of the department of education in Minkuo University, had found records showing Li was born in 1677 and that the Imperial Chinese Government congratulated him on his 150th and 200th birthdays.

A correspondent of THE NEW YORK TIMES wrote in 1928 that many of the oldest men in Li’s neighborhood asserted their grandfathers knew him as boys and that he was then a grown man.

According to the generally accepted tales told in his province, Li was able to read and write as a child, and by his tenth birthday had traveled in Kansu, Shansi, Tibet, Annam, Siam and Manchuria gathering herbs. For the first hundred years he continued at this occupation. Then he switched to selling herbs gathered by others.

Wu Pei-fu, the war lord, took Li into his house to learn the secret of his living to 250. Another pupil said Li told him to “keep a quiet heart, sit like a tortoise, walk sprightly like a pigeon and sleep like a dog.” 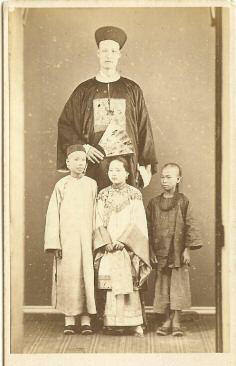 Li Ching Yuen at a younger age. (Not clear if he’s the tall guy or one of the others.)

According to one version of Li’s married life he had buried twenty-three wives and was living with his twenty-fourth, a woman of 60. Another account, which in 1928 credited him with 180 living descendants, comprising eleven generations, recorded only fourteen marriages.

This second authority said his eyesight was good; also, that the finger nails of his right hand were very long, and “long” for a Chinese might mean longer than any finger nails ever dreamed of in the United States.

And here’s a few more details from Wikipedia:

One of his disciples, the Taijiquan Master Da Li reports that his master said that his longevity “is due to the fact that I performed the exercises every day – regularly, correctly, and with sincerity – for 120 years.”

Certainly his practice of qigong and exercises was a contributor to his longevity.

With this blend alone you cover the three treasures of Jing, Qi and Shen, including several qualities of each. 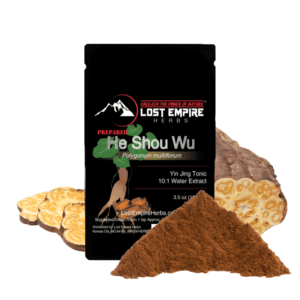 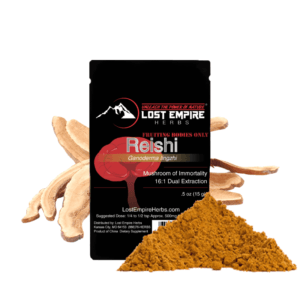 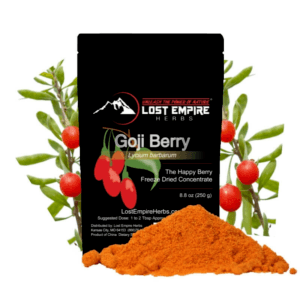 In the future, we at Lost Empire Herbs might put this together as the Li Ching Yuen herb formula.

His diet was made up primarily of herbs, along with rice wine (suggesting that many of these were in tincture form). According to many immortal legends of Daoist hermits, one of the ways to live far longer than most humans is to gradually shift away from a diet of regular food and subsist mostly on the tonic herbs.

Although there is no way it can be 100% verified as a fact either way, Yuen certainly was an old man. And it wouldn’t become legendary without some amount of truth to the story. Plus he’s not the only one to achieve such legendary status. Not only in age, but in sexual prowess. The man from which He Shou Wu got its name, has a similar story.

The commonalities of such legends, including how to live your life and the taking of tonic herbs, is something well worth doing for anyone looking to live an advanced age, even just 100 years or beyond today.

Want even more details on Li Ching-Yuen and his diet and practices? Here’s two books that you may be interested in… 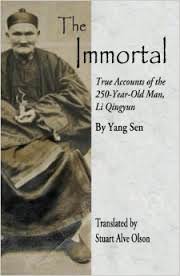 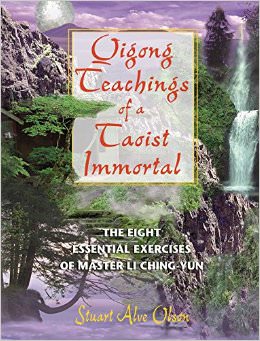