Phytoestrogens are naturally occurring in many types of plants. Both of these forms mimic the action of the hormone estrogen, and abnormal levels of estrogen in the body can be very damaging to your health.

By being aware of the foods that have the highest concentrations of phytoestrogens in them, you can noticeably lower your intake.

Both men and women should be aware of the effects of high estrogen that wreak havoc on the endocrine systems and lead to everything from increased rates to breast, uterine, and prostate cancers, loss of libido in both sexes, weight gain, decreased fertility, painful menstruation and PMS and many others.

With high levels of estrogen in the body, levels of androgenic hormones start to drop which bring in new problems that include sexual dysfunction, weight gain, depression, increased heart disease, and premature aging.

Here are the four most common foods with high phytoestrogens:

Soy – It is said that Buddhist monks came up with tofu to lower their sex drive so their mind could better focus on meditation. In ancient China, soy was only ever consumed after being naturally fermented. What did they know that science is only now finding out? That soy, which is in everything from baby formula (¼ of it), to many growing products in the grocery store than you would think, to most of the fried fast foods we enjoy so much, is that it is chock full of phytoestrogens. 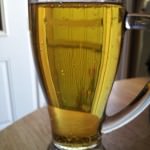 Hops – If you’ve never heard of hops before, you might recognize the bitter taste it gives beer. While not a food, hops is consumed by large amounts of people almost everywhere via beer. We’ve all seen beer bellies and man boobs (moobs) and attribute it to the excess calories from beer. In actuality, it stems from the development of female secondary sex characteristics from the phytoestrogens in beer

Flax – Flax and flax oils luckily are not as prevalent 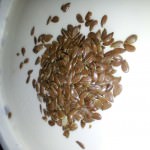 as soy. That may change with the comings years. Many people also use it as a source of Omega 3’s (vegetarians and vegans especially). Fish oil is a far more beneficial  source than flax oils and does not contain phytoestrogen. Read ingredient labels to steer clear of these.

Licorice – The last one is not as common as soy, flax, or hops. Found in herbal teas and herbal preparations, licorice is a powerful source of phytoestrogen.

Pay close attention to your intake of phytoestrogens.

Herbs like Pine Pollen can help modulate the system and safely detox the body of high levels of xenoestrogens & estrodial.