A customer of ours recommended this book and I just recently read it. 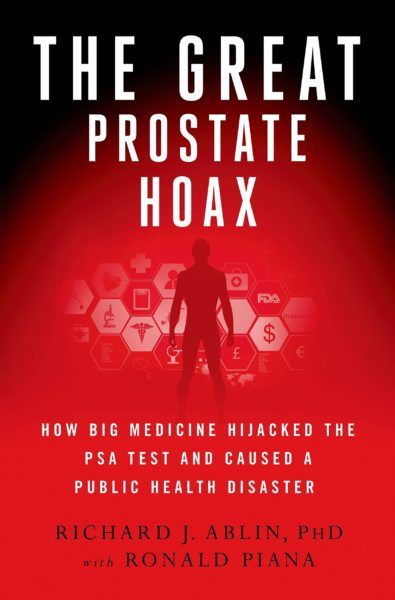 What follows is something of a synopsis of the book. No book should be taken by itself as gospel. However, the references check out and what is shown mirrors what has been going on in other parts of Western medicine for decades.

In short, I think the author is spot on. Let me state that none of the following is medical advice. Instead, it is more of philosophy based on natural living and the pitfalls of technological scientism.

The author, Dr. Richard J. Ablin, certainly has some credibility to be talking about the subject. He was the man who discovered PSA (prostate specific antigen) back in 1970.

And he has been saying his discovery has been wholly mis-used. “For more than 25 years I have publicly denounced mass PSA screening as a public health disaster.”

Dr. Ablin mentions a study that found, “prostate-cancer screening provided no reduction in death rates at 7 years and that no indication of a benefit appeared.”

Way back in 2004, Dr. Thomas Stamey wrote, “The PSA era is over in the United States. Out study raises a very serious question of whether a man should even use the PSA test for prostate cancer screening anymore.”

Even more data has come in since then. A 2016 study found, “Extended follow-up…over a median of 15 years continues to indicate no reduction in prostate cancer mortality…this finding can be viewed as showing no benefit of organized over opportunistic screening.”

If ever science is indeed settled, it is showing that PSA screening is not helpful, not as a screening tool.

In short, PSA screening often leads to prostate biopsies, where tissue is removed to look for cancer. The vast majority of them are transrectal. If that sounds painful, you’re right! A local anesthetic is used of course, but ultrasound is used to guide the biopsy gun into place to take multiple tissue samples with the sampling needle.

While many of them go smoothly, as with all operations, there are potential consequences and side effects. Biopsies can be associated with blood in the urine or stool, infections and residual pain.

Since there are bacteria up the anus, antibiotics are typically given, which is reasonable because you don’t want that in your prostate or bloodstream. But antibiotics cause side effects too.

If any cancer is found, then a radical prostatectomy is often recommended, where the prostate is completely removed. Here the side effects are more common, and devastating, including impotence and incontinence. Sometimes chronic and irresolvable. But I’ll cover more on that another time. For now, let’s dive deeper into PSA.

PSA is not specific to cancer. Dr. Ablin discusses that he did not name it prostate cancer specific antigen. PSA is something all men have.

The amount can be elevated for a number of reasons. The number of 4.0 ng/mL or more that is typically used as a risk cut-off was completely arbitrarily picked and is not backed by data.

“Put simply, the ability of the PSA test to identify men with prostate cancer is slightly better than that of flipping a coin,” writes Dr. Ablin. 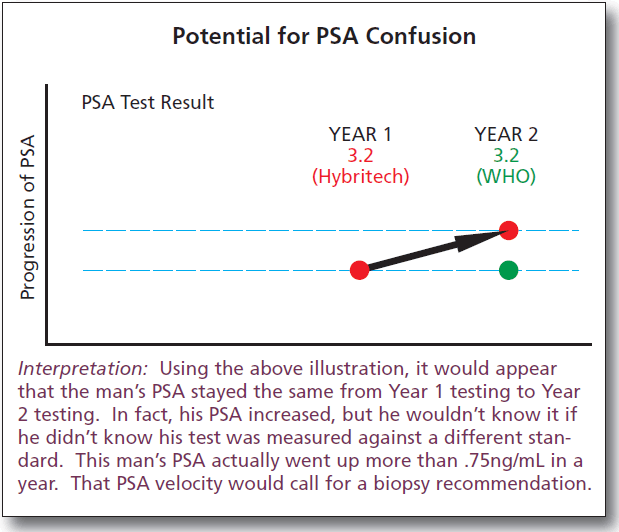 Dr. Ablin goes over the transcript of the FDA approval meeting for PSA screening. (You know that agency that says they protect us but likes to hide data and be anything but transparent.) Clearly, the data was not there.

Even so, the FDA approved the test, but only as a tool for the monitoring and following of those that already had prostate cancer.

But the companies ran with illegal advertising and more, driving doctors to use PSA as a screening tool which it was not approved for. The FDA did not stop them.

These days there are some newer PSA tests that are claimed to be more accurate. But it is more of the same. Dr. Ablin says that, “the industry will come up with new prostate cancer-detection tests that will simply supplant the PSA assay—with the same calamitous results.”

Steven Woolf, MD, PhD and scientific adviser for the US Preventative Services Task Force said, “There is a tendency to want to do something to prevent this disease even if there is no proven benefit and even if it means ignoring potential harms. There is also a tendency to dismiss the physical and psychological harms that screening imposes on millions of healthy men and the billions of dollars in potential costs for the sake of those with actual disease. Although this is an understandable viewpoint for advocates of screening, it is not a sound basis for making public policy.”

Hmmm, does that sound similar to anything else going on in the world right now? Anyone?

This is what we call a PATTERN. It is the result of overmedicalization of, well, everything. It is iatrogenesis, the creation of pain and suffering through overdiagnosis and overtreatment. And it stems from humanities current philosophy of medicine…and the greased wheels of money that puts that into overdrive.

The pain and suffering are real. So too is the economic damage. Dr. Ablin writes, “In 1993 economists calculated that routine PSA screening of men 50 years and older, along with the subsequent tests and procedures, costs our health care systems about $28 billion per year. “

My meta-diagnosis is that diagnosis by PSA belongs in the trash heap of history.

After all, we should trust the science, right? Much more on the topic to come…

P.S. There’s more problems in the industry I’ll be covering first, but of course there are natural solutions too. Here are some herbs and natural methods that help the prostate to function normally as it should.

Latest posts by Admin (see all)