With the release of our second variation of lion’s mane extract, many people are asking which one is better water or alcohol extracts, or what is the difference? 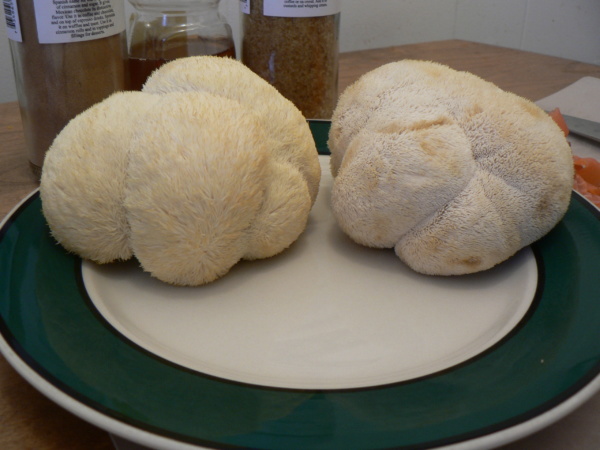 In this article, we aim to lay out all the details.

In general, when it comes to the medicinal mushrooms, water and alcohol draw out different components. In general, here a dual extract is best.

These classes of molecules are true across all different kinds of mushrooms.

So, this begs the question, is there an active component that we’re looking for?

The main benefit of lion’s mane is in its promotion of NGF (nerve growth factor). This is the main thing we’ve identified that sets this mushroom apart from others, including chaga, reishi and cordyceps. This is what is being looked into for helping with cognitive function and in various diseases where that declines.

In one study (1) the alcohol extract of lion’s mane increased NGF expression in 1321N1 human astrocytoma cells. Meanwhile, the water extract did not, nor did any of the other mushrooms tested. 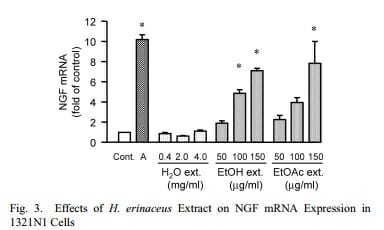 In this study, alcohol extract performed while water extract did not.

This study went on further to isolate hericenones C, D, and E. Despite other research pointing to these as being the “actives” they were not found to increase NGF here.

Later, they fed dry powdered Lion’s Mane supplement to mice and found NGF in the hippocampus grew, but not in the cortex. This was dry powder, not an alcohol extract.

Other studies have further complicated the issue.

Another study only used a water extract of lion’s mane and they found “the aqueous extract of H. erinaceus contained neuroactive compounds which induced NGF-synthesis and promoted neurite outgrowth in NG108-15 cells.” (2)

Still other studies find erinacines in mycelia, though these have not been identified in the fruiting bodies. (Though they probably are there.) These have been shown to stimulate NGF. (3)

There are also plenty of other compounds too, some with very chemical-heavy names: (4)

In short, we have only scratched the surface of the science around the benefits of lion’s mane.

We know with some pretty good certainty that it has NGF promoting effects.

But we don’t know much about what specifically does this, what is best in isolating it, what types of cells it affects, wherein the nervous system they work, or the whole host of possible synergistic effects.

So which extract is better?

My guess is that the 8:1 dual extract will have some stronger NGF effects and likely nootropic effects. This is because it is going to have pulled more of the components out from the mushrooms. Remember it is a dual extract so it is extracting with both water and alcohol. Then it is concentrated down.

But our 1:1 extract will still have some of these components, and thus, benefits. Here you’ll likely get greater immune system and digestive benefits (the other reasons people like lion’s mane) because there are more beta-glucans, and likely more of some other things too, simply because you can take a greater quantity.

Further research may reveal more, but that is how I’d make recommendations on which extract to get now.