Home » Blog » Lack of Sleep Wreaks Havoc on the Brain 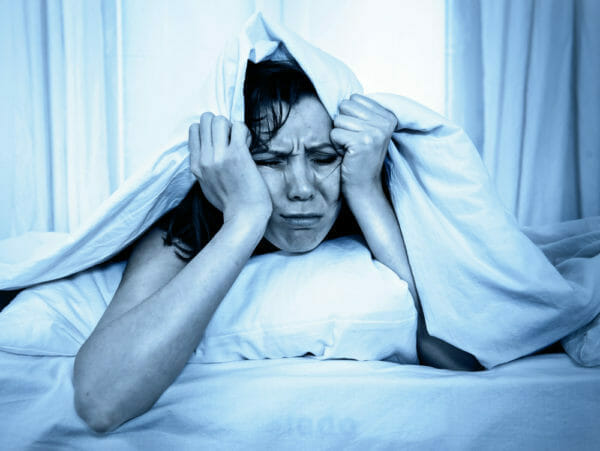 We all know how they make us groggy and grumpy in the morning, but have you ever considered the physiological effects of insufficient sleep?  The science and effects of sleep deprivation are scary!

Research shows that sleep deprivation wreaks havoc on hormonal function and balance, has a large impact on mood (irritability, depression), compromises immune and digestive function, and negatively impacts overall functioning.  Have you ever considered what this means in terms of brain health?  Scientists now believe that the lack of sleep can create a state in which your brain literally eats itself- the bad parts and the good.  In fact, there is a striking resemblance between the brain that doesn’t get enough sleep and the brain suffering from Alzheimer’s.

Sleep is one of our body’s most powerful self-healing mechanisms.

Most people need seven to eight hours of sleep daily for optimal functioning.  While there is no clear definition as to what indicates the right amount of sleep, researchers agree that individuals have different sleep requirements, and they consider an imbalance of sleep to be when people feel like they aren’t getting enough sleep and it begins to affect their ability to function.

Our body’s need for sleep goes well beyond restoring energy levels. The brain state during sleep is different from that of our awake state. During sleep, the brain begins to clear away all the toxic byproducts of neural activity that has built up during the day while we were awake. Perhaps as a way to protect the brain, this same process occurs during sleep deprivation.  Unfortunately, in that instance, the brain enters a state of overdrive in which both the toxins as well as beneficial material in the brain, such as neurons and synaptic connections, are literally eaten away.  Researchers have found that inconsistent, poor-quality sleep patterns can have this same effect; and even worse, they are not sure if recovering sleep can reverse the damage. 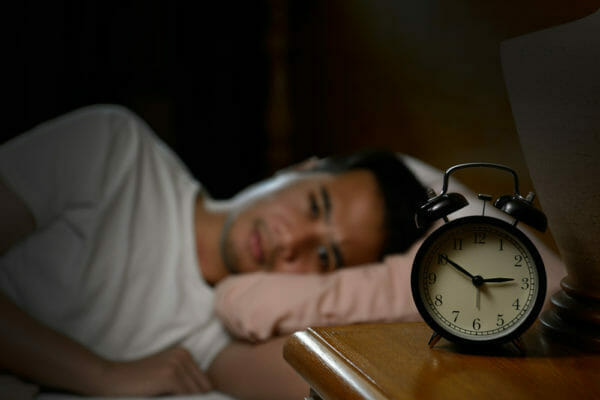 What occurs in the brain that creates this degradation?

These new findings were brought to light by the research led by neuroscientist, Michele Bellesi, from the Marche Polytechnic University in Italy.  By studying the mammalian brain’s response to poor sleeping habits, they discovered this odd similarity between brain functioning during sleep and how the brain compensates during sleep deprivation.  Just like all the other cells in the human body, the neurons in our brain are constantly being replaced by two different types of glial cells.  Microglial cells are the ones responsible for clearing out the old cells and literally “eat” cells in a process known as phagocytosis.  We also have astrocytes, which are responsible for snipping unnecessary synapse (connections) in the brain—helping to refresh and reshape our neural pathways.

This is all natural and beneficial when we get enough sleep, but when we are sleep deprived our brains actually do the same thing in hyperdrive as our waking state!  This means that too much is cleared out and harm to good neurons and synapses occurs.  This research is the first to show that parts of synapses are eaten by astrocytes directly as the result of sleep loss.  The synapses eaten up are generally the larger ones– meaning that they are the oldest and most heavily used, which may actually promote the degradation of old waste.  However, the increase of microglial cell activity during sleep loss is especially concerning, as excessive microglial activity has been linked to Alzheimer’s and other neurological conditions.

At least 50 percent of Americans do not get enough sleep, so you are not alone if you struggle with getting a good night’s rest.  Strikingly, the Alzheimer’s death toll has increased by 50 percent since 1999; and, with this information in mind, it is important to consider the detrimental effects of the lack of sleep on brain functioning in general (and the need for further research on sleep imbalances as a serious factor to the development of Alzheimer’s.

As so finely stated by Dr. Aviva Romm, “To win back your sleep, you have to invite it back into your bed!  Woo sleep like s/he’s the love of your life and you’ve been on a break-up!… Dote on your sleep habits every day.  And not just at bedtime.”  Quality sleep truly is a lifestyle habit, which begins before you get into bed at night! 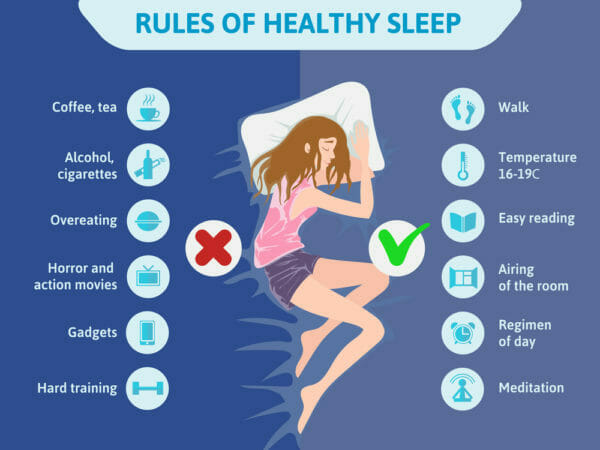 Set yourself up daily for sleep success

Here are some tips to help you sleep like a babe:

Make your bedroom a place of peace and relaxation.  The experts recommend designating the bedroom solely for intimacy and sleep.  In addition to this, make your space is electronic-free; no TV, computers, or phones. The blue lights from those electronics interfere with the sleep-inducing hormone, melatonin, more than any other wavelength of light. Reduce light and sound as much as possible.

If you tend to be sensitive to caffeine, try limiting caffeine use to only in the mornings.  If you are going to take a daytime nap, make it a power nap- 20 minutes or less. When it comes to alcohol and nicotine intake, do your best to avoid them, especially around bedtime.  Research shows that exercising earlier in the day can help improve sleep, preferably at least 4 hours before bedtime.  Take care and give yourself a few hours to digest before bed- a good rule of thumb is to avoid eating after 7 pm.  Lastly, go to bed when you are tired.  If you aren’t sleepy, take some actions that will help you power down.

Practicing relaxation is a way to signal to your body that it’s time to settle down and get ready for bed.  Some people enjoy reading before bed, in which case it is recommended to read elsewhere and then go to bed when you are ready.  Writing in a journal prior to bedtime can be particularly helpful to people who are prone to worrying. Dr. Aviva Romm recommends this practice to her clients as a technique to help clear the mind- she recommends writing down worries, making a to-do list, and jotting down any thoughts that are circulating in the mind.  Practicing meditation can be yet another great way to power down.  Guided meditations can be especially helpful for some people.

This Ayurvedic herb is a powerful adaptogen that has long been recognized for its ability to help the body deal with stress.  A recent study on sleep-deprived mice showed that the root extract of this herb-induced sleep-promoting effects by altering brain chemicals (GABAergic modulation).  Dr. Aviva Romm refers to Ashwagandha as specially indicated for people who are “wired and tired.”  Along with calming the nervous system, Ashwagandha is often used in the treatment of fatigue- it is a nourishing tonic, which helps the body back to its natural state of energy.

In Traditional Chinese Medicine, Albizia is known as the “Tree of Happiness.”  It has long been appreciated for its calming and mood enhancing effects.  When it comes to sleep, Albizia is a good ally to help ease the mind and create a state of relaxation.  In studies, it has been shown to have sedative effects, and there is also some evidence that it may be helpful in the treatment of insomnia.

Ziziphus is widely used in Traditional Chinese Medicine in the treatment of insomnia.  In fact, some studies done on this herb are referenced to help identify other plant medicines that might have similar phytochemical properties that can aid in sleep.  The sedative properties of this herb are believed to be a product of the high concentrations of jujubesides (a type of triterpenoid saponin) found in the plant.  Studies indicate that this herb can be helpful in sustaining sleep and lengthening REM cycles (deep sleep). 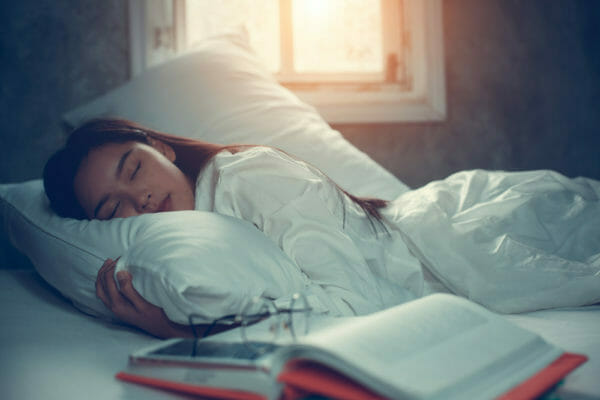 Not getting enough sleep is not only frustrating, but it is truly unhealthy for the mind and body.  Setting yourself up for success is especially important since sleep isn’t something that only involves when we go to bed; it greatly influences our entire day.

For the love of your brain and body longevity, get your Zzz’s!

Boult, Adam. “Sleep deprivation can cause brain to start eating itself.” The Telegraph, Telegraph Media Group, 26 May 2017, www.telegraph.co.uk/science/2017/05/26/sleep-deprivation-can-cause-brain-start-eating/.

Crew, Bec. “The Brain Literally Starts Eating Itself When It Doesn’t Get Enough Sleep.” ScienceAlert, www.sciencealert.com/the-brain-literally-starts-eating-itself-when-it-doesn-t-get-enough-sleep.

Erin Henry
The complexity and connection in nature inspire Erin’s study of herbalism.
She is fascinated by the healing capacity of the body.Spending good time in the woods and her garden brings her joy. You can read more about her journey with herbalism at: empoweredterrains.com