This past weekend we had a booth at the Los Angeles Fit Expo, and it was our first time doing so. 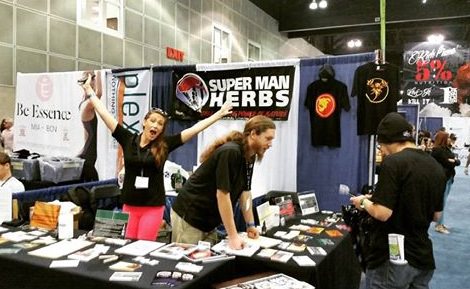 Logan tells an interested person about the herbs while Chelsea poses at the Lost Empire Herbs booth.

It was a bit of a risky move being an herbal company when so many of the supplement companies there load their products with all kinds of crap (that’s the scientific term for fillers, chemicals, food colorings, etc).

But we do have something in common. We’re interested in fitness and performance so we figured we could bridge the gap.

Our goal is to support health first and foremost. And with that you can also support performance in a big way.

As luck would have it there were a number of people there that felt the same way, and were looking for an all-natural alternative. (Here too, lots of companies claim all natural, but unfortunately, it’s not always so.)

In fact, we met up with a few of our current customers there. 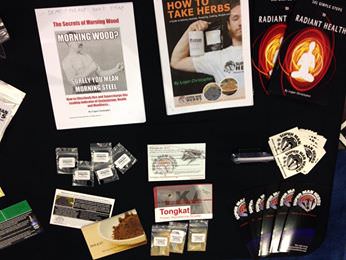 Some of the samples and giveaways on our table.

I figured it would be fun to give those of you who weren’t there a taste of our booth.

We’ve got lots of herbs but didn’t bring everything. We kept our samples to five of our most popular herbs and formulas.

As we did over and over again that weekend, here’s the 20-second elevator speech about each of them.

Pine pollen actually has testosterone, DHEA and other androgens in it. Plus it has over 200 vitamins, minerals, antioxidants and other nutrients. Basically its loaded with nutrition and provides hormonal support for both men and women. It seems to work intelligently with your body to optimize your hormones. For many men this tends to mean increasing testosterone while pulling excess estrogens out of the body. 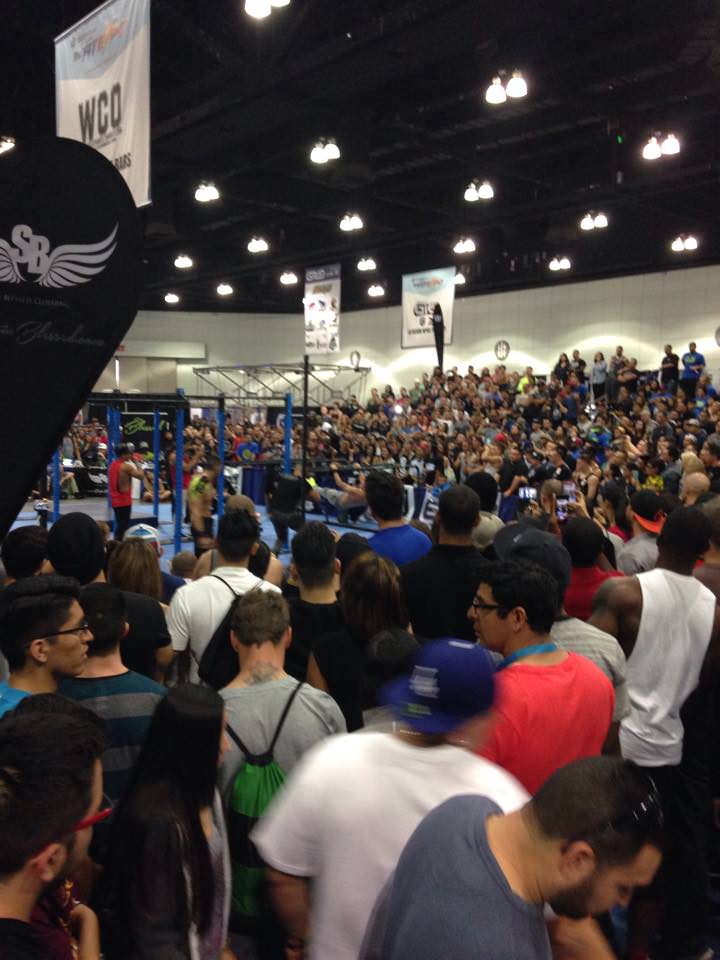 The view from our booth as the Battle of the Bars 6 went on. If you look closely you can see a front lever happening.

Tongkat Ali is another hormonal herb but it works through different mechanisms. It triggers your body to produce more of its own testosterone and keeps this more biologically active by reducing testosterone’s conversion to estrogen and stopping it from being bound up by SHBG. It’s an extremely concentrated herb and its powerful stuff. Plus it’s probably the most bitter thing you’ve ever tasted! It’s more of a male herb, though some women really like it for its aphrodisiac qualities

Spartan Formula is a blend of four adaptogenic herbs. Adaptogens basically help your body to better adapt to anything you do. Any physical or mental stress your body is better able to handle it. For working out, which is a form of stress, your recovery will be better. Plus people report having much better energy throughout their day and even better endurance in workouts while on this. It’s even great just for general immunity and health too.

Hercules Pre-Workout Formula is the only non 100% herbal thing we have. There’s a little bit of niacin in there to give you a flush, acting as a delivery vehicle to drive the herbs into your cells. I personally lifted some very heavy weights on these herbs. It has ant which is one of the best energy producing herbs in Chinese medicine. Plus you just might gain some of the strength of an ant. Maral root was well researched by the Russians for its effects on increasing lean muscle mass, aiding in recovery and more. Then there is Cistanche, which truthfully is a bit more of a sexual herb. Called the stalk enlarger, anything that is good for sex is also good for athletic performance. 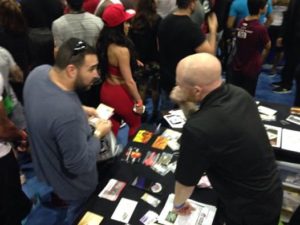 Cloud talks to a customer

Shilajit is known as the destroyer of weakness and conqueror of mountains. With names like that what more do you need to know? It has 82 bioavailable minerals. It works directly on the mitochondria and the DNA in your cells. It’s great for ramping up metabolism and assisting in weight loss. It’s great for endurance too. And it’s the top anti-aging substance in Ayurvedic medicine.

It was a crazy weekend. According to the promoters of the Fit Expo 60000 people came. And we noticed. On Saturday, it was non-stop. Besides a couple of bathroom breaks we didn’t leave the booth until it was over. No real time to eat either, but fortunately, we use our own herbs!

If you’re not familiar with the Battle of the Bars check this out. If you look closely in the background of some of the video (like 3:30 in) you can see the Lost Empire Herbs banner in the background.

Sunday was a little more relaxed. Before the crowd was let in we got to visit from friends from the World Calisthenics Organization and also play with some toys from Evil Munkey Enterprises. A few of our sponsored BJJ athletes also stopped by. 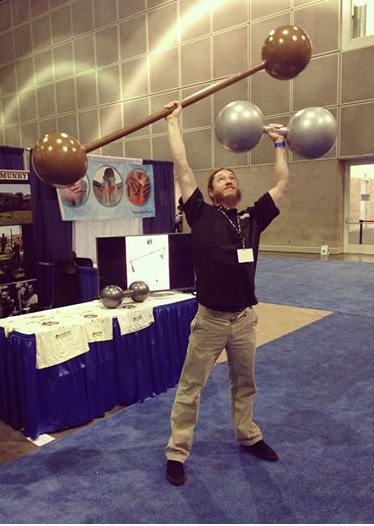 Logan playing around with some awesome weights

There were lots of competitions and much else going on. But running the booth kept us busy pretty much the entire time.

Thank you to everyone that stopped by…and for those that didn’t we hope to see you at an event in the future.