Zinc is a trace mineral used by our body for many different functions. In this article, we’ll be talking about its many benefits as well as dietary and supplemental sources.

The recommended daily allowance as set forth by the US government (which means it’s probably not all that helpful, but we’ll use it anyway as a starting point) is 11 mg for adult men. For women its 8mg. Pregnant women need more while children need less.

In any case remember that this is the lowest amount recommended to avoid deficiency. And much higher amounts can sometimes bring therapeutic effects. Although it is called a trace mineral you need more of it than many of the other trace minerals.

Zinc is an essential mineral for many functions within the body. Below are some of those roles highlighted.

An estimated 2 billion people worldwide are believed to be affected by dietary zinc deficiency. Severe zinc deficiency can cause many genetic disorders, thus being an important mineral for would be parents.

Some of the best regular sources of zinc can be found in shellfish, veal, lamb, liver, and pork. Zinc in animal sources tends to be highly available.

One of the classic zinc foods is oysters. The great lover Casanova was said to consume many oysters every single day. One of the reasons that men require more zinc than women is because it is a critical component in semen. It is also critical for the “sex” hormones. 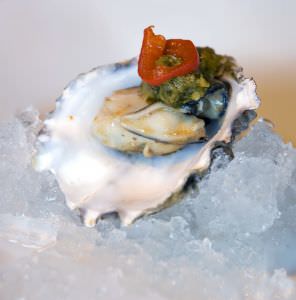 Oysters are one of the well known dietary sources of Zinc.

Nuts and legumes are also fairly high in zinc. One of the best-recommended sources of zinc is pumpkin seeds. The problem here is that phytic acid, found in these as well as grains, inhibits zinc absorption. This can be remedied by soaking and/or sprouting nuts, seeds and legumes before use.

One thing to be aware of is that for both plants and animals the amount of zinc they’ll contain depends on what is available in their food supply which all comes down to the soil. In the 1930’s farmers went in front of Congress to tell them the soil was basically depleted of this mineral. That means any commercially grown crops, and also probably most organic ones as well, won’t have as much zinc as may be necessary. If it was bad then its even definitely worse now!

Unfortunately, there is a good chance you will not be getting sufficient amounts of zinc from your diet alone unless you’re very particular and smart about it. It is commonly told that white marks in your fingernails are a sign of zinc deficiency. Pretty much my entire life I’ve had these marks but here is a picture from today. 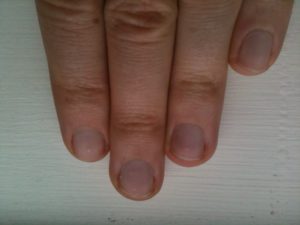 This is probably the best my fingernails have ever looked as far as no white marks across them.

Did you know that Polyrhachis ant has the highest known content of zinc of any living organism on the planet? It even beats out oysters. And unlike straight zinc supplements it has many other benefits too, on top of being very absorbable in the body.

Note: We have found that this is not true with the different suppliers of ant we have tried out. We have even tested a top herbal brand and found that they market this fact and yet it is not true. Because of this we no longer market our Black Ant has being a good source of Zinc. This does not mean the claim is not true as it could be that wild ants that make their nest in old, wild ginseng roots (as is claimed where the best tonic ants come from) do indeed possess high levels of zinc but until we can find such a source, we will not claim this. Updated Feb. 15, 2017 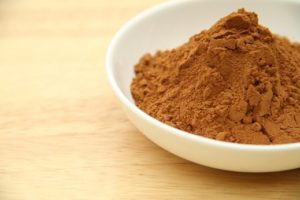 Polyrhacis Ant – The highest living source of zinc on the planet!

He Shou Wu also contains a fair amount of Zinc.

Note: This is also not true of the He Shou Wu we have tested but it could be a matter of how old the roots are. Most cultivated He Shou Wu will be relatively young. This does not mean the plant shouldn’t be consumed as it possesses certain compounds that have other desirable actions on the body. Updated Feb. 15, 2017