In other words, do herbs really work?

To answer that it depends on what you mean by work…

If you’re like most of our customers when you arrived at Lost Empire Herbs for the first time you were likely looking for a solution to some sort of issue. Maybe getting more energy. Maybe a sexual health concern. Or perhaps better recovery from workouts. Or better sleep. In any case, lots of different possibilities for what “working” could mean.

And yes, pretty much whatever that thing was, there are herbs for that.
And you’ll find reading our many reviews from happy customers that the herbs are working for them. 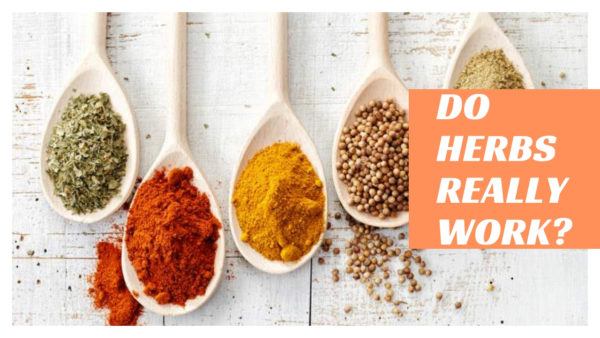 So do they work or not?

Yes, the herbs work, but not for everyone, not for every issue.
Some people seem to be non-responders despite trying multiple herbs. This can be for a variety of reasons as covered in this post on 16 Reasons Why Herbs Aren’t Working.

Some people get benefits in certain areas but not others. This could be a lack of time, as sometimes results come after consistent use for long periods of time. This could also be too high of expectations in the first place. (For instance, while herbs can help in sexual function they’re not going to be as strong as the little blue pill in effects. If you’re expecting that, if that’s what you’re thinking it means for herbs to work, than you’re probably in for disappointment.)

I advise that you read through our product description page to see what the herb is used for, how it’s been used in the past, and what modern science is saying. Then look at the reviews (some products having many more than others). Read the positive ones AND read the negative ones.

In doing so I think you’ll likely have set up some proper expectations for what the herb may do for you.

And if it doesn’t we have our 365 day money back guarantee…as well as a bunch of different herbs to try.

Just because one herb doesn’t meet your expectations doesn’t mean another couldn’t.