The Herbal Yeti is the new mascot for Lost Empire Herbs.

Why a Yeti, aka the abominable snowman or “Glacier Being”? 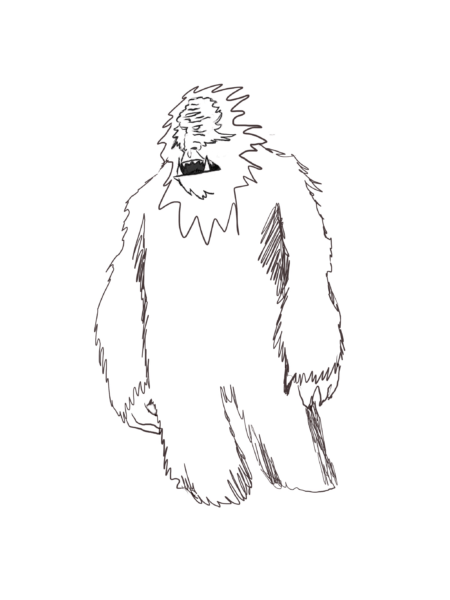 He has feet…he’s just standing in snow, his natural environment.

Well, you see the mountain that makes up our logo? That’s where he lives. You can see his cave if you squint real hard while looking at the back side of the logo.

Can you spot the Yeti cave?

According to stories, Yetis live in the snowy, mountainous regions of Nepal and Tibet. This happens to be where some of our amazing herbs come from, including Shilajit, Goji, Seabuckthorn, Cistanche, and Rhodiola. 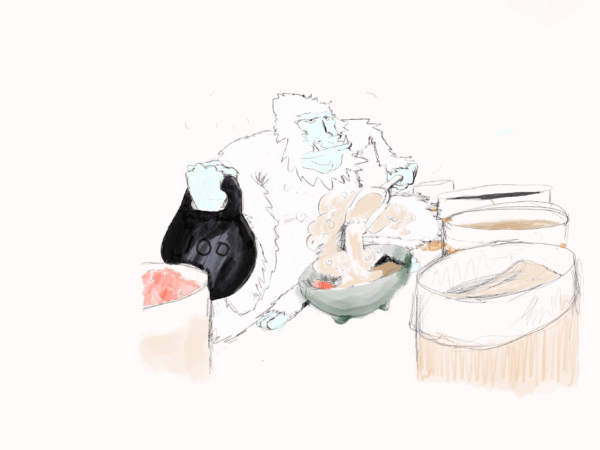 The Herbal Yeti making a mess with seabuckthorn…while lifting weights.

And according to legend, the Yetis are the sacred guardians of “the other world” with herbs so powerful they can grant immortality with a single taste, and great superpowers like the ability to fly and become invisible.

We thought we’d draw on that power as best as we could in hopes that one day he’ll share those truly Superior Herbs with us. If you think our herbs are expensive…you should see what he’s charging! I’ve never seen so many zeroes in my life.

The Herbal Yeti has immense wisdom and knowledge about all herbs everywhere, so we consult with him from time to time.

His first appearance ever was when we made the name change from Super Man Herbs to Lost Empire Herbs. (It was a lie that DC Comics and a trademark issue made us do it. The truth was that the Herbal Yeti made us to it. See how terrifying he can be?)

Fortunately, he also has a lighter side too. Unfortunately, he won’t let us share the video of his hilarious stand-up routine. Comedy is seldom life-changing, but this one is! Your only hope of ever seeing that is to become an employee of ours as it’s passed around like an internal memo.

The Herbal Yeti demands a fantastical salary…one that keeps us just barely making ends meet…for his role as mascot, inspiration, writer of some of our emails, and his special guest appearances in videos.

(Oh, and in case you saw the information about all the Yeti hair, teeth, feces, etc. that had been found over the years turning out to just be bear DNA, that’s an intentional misinformation campaign from the deep state. “They” don’t want you to know the truth.)