I stumbled across these old ads for thorazine, a tradename for the drug chlorpromazine.

“It is primarily used to treat psychotic disorders such as schizophrenia. Other uses include the treatment of bipolar disorder, attention deficit hyperactivity disorder, nausea and vomiting, anxiety before surgery, and hiccups that do not improve following other measures.”

And if you look at old ads it wasn’t just for that, but also for senile agitation. 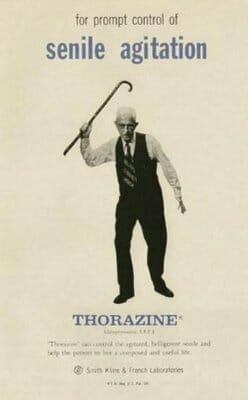 If grandpa gets loud and cranky just dope him up with thorazine.

It must have been popular because there were multiple ads along these lines. 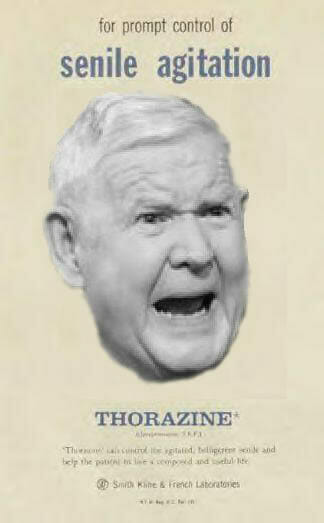 Don’t you love how they give a strong antipsychotic to people that are not psychotic…just old?

That wasn’t it’s only advertised use.

It’s also good for the mental anguish of cancer. 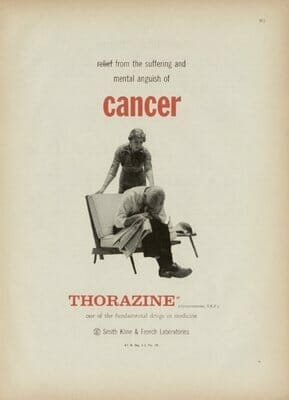 Because you don’t want to possibly figure out what you can do about it, and instead dumb yourself down so you can’t feel anything.

It also gives you prompt control of acute alcoholism. 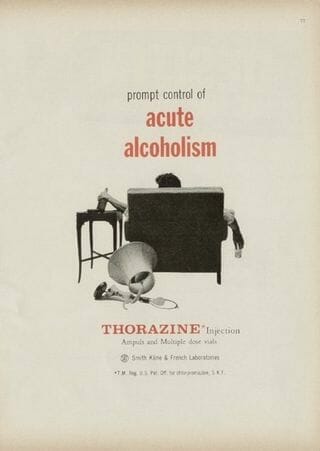 AKA it puts you in a sedated state where you can’t reach for the bottle.

Yes, you can laugh at these old ads from around the 60’s.

But think about this. Fifty years from now people will be laughing about our ads and how drugs were prescribed back then in 2018.

“Wow, they actually gave drugs like methamphetamines to children?”

This is the drug system were under where this is what is considered normal. To not use drugs makes you a rebel, a weirdo, someone on the fringe.

I don’t know about you, but I believe there is a better way through the use of natural herbs.

That’s what we stand for at Lost Empire Herbs.