The nettle plant possesses a variety of therapeutic properties. The nettle leaves are used frequently as a nutritive and gentle detoxing herb. Nettle root is used mostly for male hormone and prostate support. It can be consumed as a stinging nettle tea, extract, tincture, tablet or capsule. 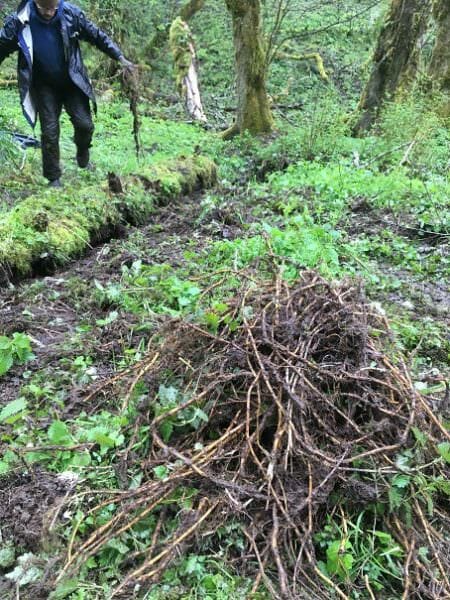 There are so many nettle root benefits that people should be aware of.

One of the most popular nettle root benefits is this is used for enlarged prostate or benign prostatic hyperplasia (BPH). This may offer relief from symptoms of this condition, mostly when taken in together with other medicinal herbs, like saw palmetto, though some people have worse side effects with the latter.

One of the many nettle root benefits is it can also help in reducing the urge to urinate frequently, as well as minimizing the amount of urine and dripping post-urination. In the International Prostate Symptom Score, the following seven factors on a scale of 0 to 5, from not at all, to almost always, including:

1. had a sensation of not emptying your bladder completely after urinating?
2. had to urinate again less than two hours after you have urinated?
3. how often have you stopped and started, serveral times when you urinated?
4. found it difficult to postpone urination?
5. had a weak urinary stream?
6. had to push or stain to urinate?
7. how many times did you most typically get up to urinate from the time you went to bed at night until the time you got up in the morning?

Placebo-controlled research shows that the average improvement in 668 subjects went from 19.8 to 11.8 in six months.[1] According to the Iranian Red Crescent Medical Journal in 2013, it was concluded that needle root relatively relieves the symptoms of enlarged prostate in adult men.

Some of the other benefits of nettle root are around hormone health. More specifically it has been shown to keep more testosterone free by:

For more on nettle root and testosterone effects read this post.

While these are the main benefits that nettle root are used for, they’re not the only ones.

Some women use it too for these same hormone benefits, though it is mostly known by men.

For more on the benefits check out our two nettle root supplements: 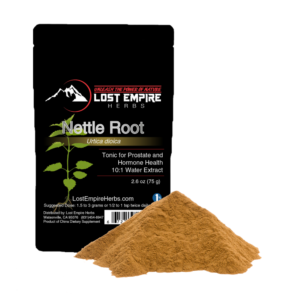 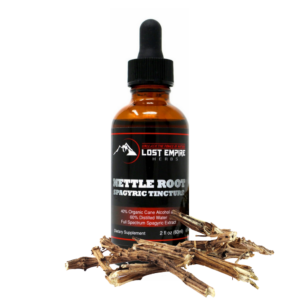 You might be pretty aware that many nettle root benefits are proven my many patients who experienced urinary tract infections. Nettle root can also help joints and muscles. The nettle leaf is known to help be effective in osteoarthritis, hay fever, and allergies.

When the nettle plant is consumed as a food like in soup, nettle leaf is eaten rather than the root. This is in general considered safe to eat and drink, but there are certain side effects that may take place. Sweating, water retention, upset stomach, and diarrhea are possible to occur when taking this medicinal plant. Additionally, the stinging nettle when employed as a foodstuff and supplement, may lead to undesirable side effects when combined with certain prescription medicines.

The stinging nettle can influence your blood’s clotting capability and can probably lower your blood pressure.

Finally, nettle has the ability to influence menstrual cycle; this can possibly lead to miscarriage, so it is not suggested for pregnant women.

You might get easily persuade by so many advertisements flashed on T.V, prints and advertised on the radio on the unlimited nettle root benefits.

In some ways, it might help address your conditions, but in other ways might lead to another complication. It is very important that before you proceed on buying or consuming any nettle root supplement, to check on the product and your condition. In this manner, you can take safe measures to prevent any harmful effects.

Unfortunately, some nettle root products will be adulterated. Make sure you check out lab references to be sure the material is clean and free of heavy metals. Ours passes with an “A” grade.

Just like any other natural supplement, consulting a doctor before taking one is safer. This can prevent any misinformation and wrong usage.

This may work for other people and their condition, but it may not work for you. Be extra careful and refrain from believing easily with any business advertisement. Learn the real nettle root benefits, its uses and side effects.

And for those that want to know more about the nettle leaf, this video is a good overview.

While the leaves and roots are known by many, fewer people know that the seeds may be even more powerful.