This year and a half old study just came across my desk. 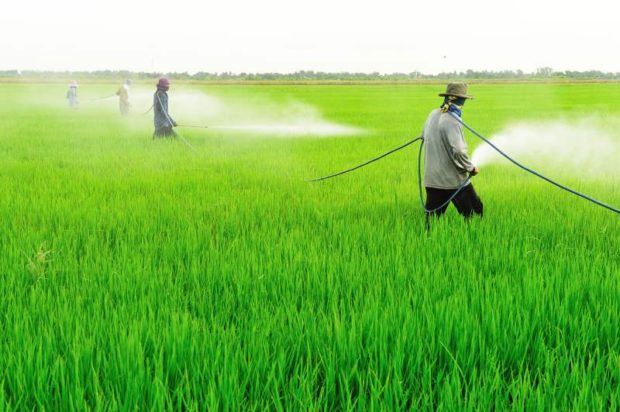 Why is this important to you?

Widespread exposure to pyrethroid insecticides has been reported among the general population in the United States and worldwide. However, little is known about the association of pyrethroid exposure with long-term health outcomes in adults.

This study looked 2116 adults measuring a metabolite in the urine that comes from pyrethroid (a common type of insecticide). They observed these people for an average of 14.4 years.

Over that time 246 deaths occurred. 41 with cardiovascular disease. 52 with cancer.

These deaths were compared to their pyrethyroid metabolite levels.

The conclusion, “In this nationally representative sample of US adults, environmental exposure to pyrethroid insecticides was associated with an increased risk of all-cause and cardiovascular disease mortality.”

Is this surprising to you?

Insecticides are designed to kill insects.

It is a safe bet to say, that while tiny traces of this stuff isn’t going to kill you outright, it’s going to have negative effects.

This line in the paper stands out to me. “To our knowledge, this is the first study examining the association of pyrethroid exposure with the risk of mortality in humans.”

Most of the chemicals in use today were never tested to be safe in humans, not long-term. If they passed anything it was usually short term acute exposures studies.

And corporate science, that which helps their bottom line, aims to keep this system in place.

But this is just a tiny example of what we’re up against. Add these insecticides on top of pesticides, fungicides, antibiotics, etc. and is it any wonder chronic disease is where it is today?

Add in the depletion of the soil (these -cides exacerbating that too), therefore the depletion in nutrition and it gets even worse.

It seems quite clear to me.

That’s why it is important to follow the principles of natural living, as best as you can. Read Powered By Nature to find out what that’s all about.

If I could boil down health to two ideas it would be this:

It’s a tough crazy world. It’s impossible to be perfect. But aim for these two things and you’ll be healthier than most.

P.S. I would argue it is better to eat insects (ants for instance) than to consume insecticides.