Siberian Ginseng is another name for Eleuthero, a popular adaptogenic plant which is frequently used by those with thyroid conditions and autoimmune conditions, such as Hashimoto’s Thyroids and Graves’ Disease. The herb itself provides numerous benefits, but it’s in particular useful for those who are under a lot of stress on a daily basis. Eleuthero root works wonders for reducing stress levels and that’s one of the strongest properties of this herb. Still, that doesn’t mean you can just take Eleuthero and expect to feel relaxed again. It doesn’t work like that. Eleuthero works best in combination with other methods, such as deep breathing, regular exercises, yoga and biofeedback. Since it helps greatly with the recovery phase, it’s best to take Eleuthero after a workout to get the most out of it. 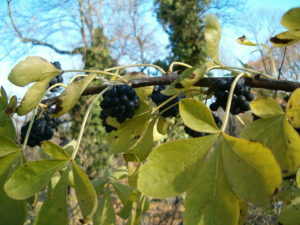 Those who are stressed most of the time often suffer from various adrenal-related conditions. This usually translates to an imbalance in cortisol levels, which is something Eleuthero also proved to be helpful with, especially when combined with other super-herbs. For instance, taking a mix of Eleuthero and Licorice is best for those suffering from low cortisol levels. Another good combination is Eleuthero and Rehmannia, which is another plant that is helpful in the treatment of adrenal health, more so when mixed with Eleuthero. In case you just want to take Eleuthero to regulate cortisol imbalance, you should combine it with lifestyle changes already mentioned in the paragraph above.

This powerful herb is also used by strength athletes to decrease recovery time, increase performance and lower stress levels. Some people even use it after chemotherapy, radiation or surgery, since Eleuthero has an ability to alleviate side effects connected to these treatments. Like with any other herb product, the dosage and the quality of the plant itself will determine how effective it is. Recommended dosage is one to two teaspoons per day.