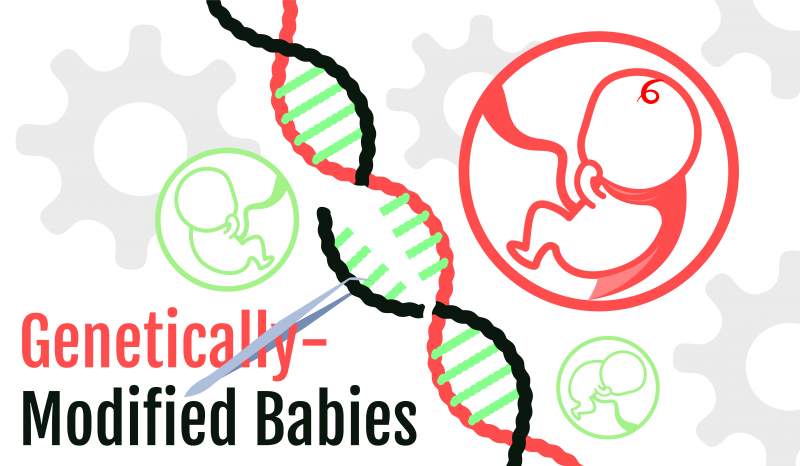 You may have heard that a man, He Jianjui, has said that the first gene-edited babies have been born in China.

This was done with the new and hot CRISPR gene editing method, which allows for the editing of single base pairs in DNA. It’s been hailed as a revolution in gene-editing over the older more shotgun-approach methods.

CRISPR-edited babies are raising ethical concerns for obvious reasons. I’ll share some of that here…but then I want to take you in a direction most people aren’t talking about, despite the obvious link.

But first, a little bit more about these babies. The initial purpose for doing gene editing was to try and eliminate diseases. In this case, the team involved aimed to disable the CCR5 gene, in order to protect against HIV.

This kind of research is a holdover from genetic determinism, which still seems to have a strong hold on science as well as the public’s knowledge. It’s the kind of thinking that leads to a preventative mastectomy because of a BRCA mutation.

This is despite epigenetics, horizontal gene transfer and other methods far more complex than “random mutation” that is very apparent if you actually look. (I recommend the book Evolution 2.0 for a good overview. )

For decades genetic theory has promised to cure all disease and make us immortal. Bill Clinton said the $3 Billion Human Genome Project would “revolutionize the diagnosis, prevention, and treatment of most, if not all, human diseases.”

This promise was quite typical as mentioned in this article from 2010 in the New York Times.

Francis Collins, director of the genome agency at the National Institutes of Health, said that genetic diagnosis of diseases would be accomplished in 10 years and that treatments would start to roll out perhaps five years after that. “Over the longer term, perhaps in another 15 or 20 years,” he added, “you will see a complete transformation in therapeutic medicine.”

What they found was that 2 percent of the genes were responsible for coding proteins. The other 98 percent was labeled “junk DNA”. Scientists thought it was useless leftovers from evolution. Wrong again. Among other things, it regulates the DNA and proteins.

The Human Genome Project It was completed in April 2003. I ask you has disease care been revolutionized? Has our medicine?

And genetically, we can’t see hardly any difference between humans and chimps.

Here’s my point. The advances that change everything always seem to be about a decade or two out from the present. Right now, CRISPR is in the spotlight and the benefits are just a few years away. Typical talk about CRISPR includes something like this on the tech by Ian Haydon, in an article in 2017, “It is safe to say CRISPR is more than just hype. Centuries ago we were writing on clay tablets – in this century we will write the stuff of life.”

I’m not saying genetics aren’t important. They are, but not nearly important as everything else. I’d estimate they’re maybe 10% or so of the effects in most cases, such as related to your health. Far more important are environmental impacts.

We can go to 23andMe and get our genetics laid out to learn a few things about ourselves that may be helpful. But really it’s only a small piece of the puzzle.

Think of the DNA as the blueprint…except that this blueprint may be able to modify itself. Even if not, you’d have to look at the building materials, the location and many other factors as for what gets built.

The issue is we really don’t know much about how this blueprint came to be in the first place…nor what modifying it might bring. 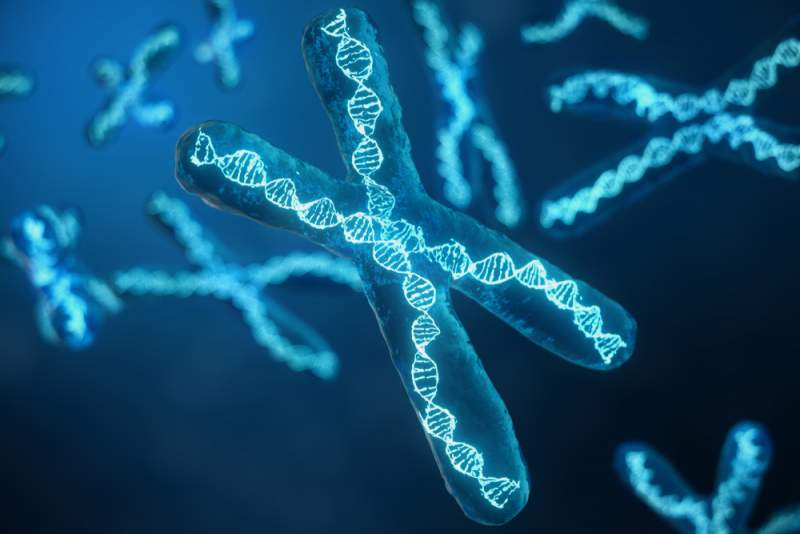 A study from 2017 raised some warning flags.

Even though CRISPR can precisely target specific stretches of DNA, it sometimes hits other parts of the genome. Most studies that search for these off-target mutations use computer algorithms to identify areas most likely to be affected and then examine those areas for deletions and insertions.

“These predictive algorithms seem to do a good job when CRISPR is performed in cells or tissues in a dish, but whole genome sequencing has not been employed to look for all off-target effects in living animals,” says co-author Alexander Bassuk, MD, Ph.D., professor of pediatrics at the University of Iowa.

In the new study, the researchers sequenced the entire genome of mice that had undergone CRISPR gene editing in the team’s previous study and looked for all mutations, including those that only altered a single nucleotide.

The researchers determined that CRISPR had successfully corrected a gene that causes blindness, but Kellie Schaefer, a Ph.D. student in the lab of Vinit Mahajan, MD, Ph.D., associate professor of ophthalmology at Stanford University, and co-author of the study, found that the genomes of two independent gene therapy recipients had sustained more than 1,500 single-nucleotide mutations and more than 100 larger deletions and insertions. None of these DNA mutations were predicted by computer algorithms that are widely used by researchers to look for off-target effects.

Although this study came under attack, it’s not the only one saying be wary.

The Chinese team behind the babies looked for some of these things…but as with any new science we tend to not know some of the things we should be looking for until years down the line. (As a more basic example, no one worried about lead being in gasoline or paint until many years later.)

The fact is other scientists have criticized Jianjui’s methods for not being nearly good enough for what we already do know as far as safety measures are concerned. 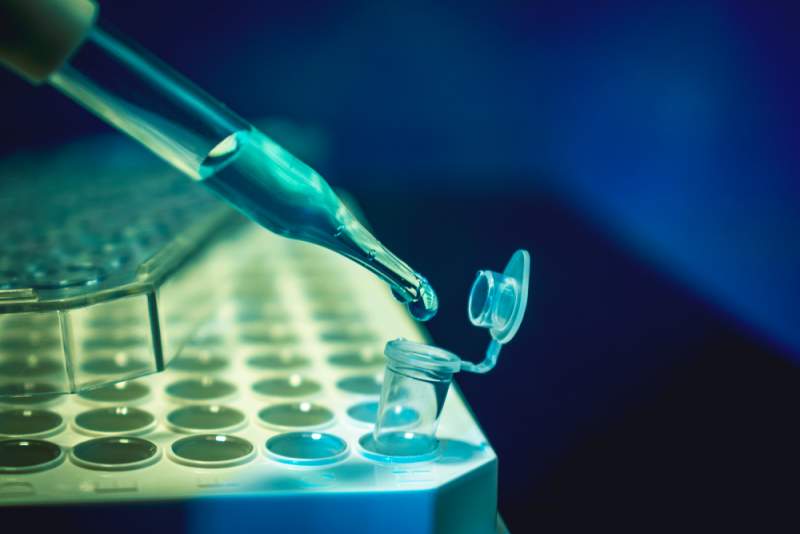 Proof That We Are Fumbling in the Dark

We only understand a very limited amount about genes and DNA and how everything interacts together. It might be easy to see when a single gene is in a petri dish, but introduced into vastly complex living organisms, that is something different.

I came across this article in the Wall Street Journal, titled Big Tongues and Extra Vertebrae: The Unintended Consequences of Animal Gene Editing. Some quotes worth reading:

“When Chinese researchers deleted a gene that limits muscle growth in mammals so that rabbits would grow leaner, their creations exhibited an unusual characteristic: enlarged tongues. Similar experiments on Chinese pigs led some to develop additional vertebrae. Gene-edited calves died prematurely in Brazil and New Zealand.”

So edit a gene to lessen HIV risk and…who knows?

“Even the genes that we think we know very well, there’s a lot to learn,” said Se-Jin Lee…Johns Hopkins University School of Medicine in 1997.

“The outcome also underlined how far there is to go in understanding the forces at work among the genes of humans and animals. “I think it would be an understatement to say we should be more cautious,” said Lori Marino, a neuroscientist and the founder of Utah-based Kimmela Center for Animal Advocacy. “I think we’ve already gone over the line with animals, and now humans.” 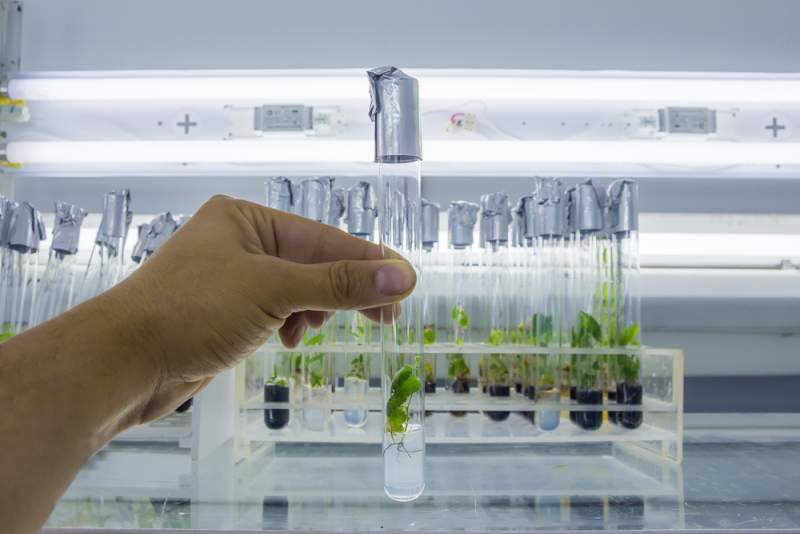 What about gene editing in plants?!?

Scary stuff for the future…but we’ve been doing this for a while now.

We’ve been using older non-exact technologies on our food supply for decades now. (In the mid 80’s they literally used a 22-caliber gun to fire particles with genetic material into genes.) If editing a single base pair can introduce unintended consequences what about the earlier far-more-inaccurate methods?

And just like scientists plowing ahead with new technologies, the ethics, and safety of which be damned, they did so in the past with GMO food.

If you think those things were adequately studied for safety, I’d like to invite you to take a deeper look into it.

Just recently the man called “The Father of Green Revolution in India,” M.S. Swaminathan, has done an about-face. He helped popularize and spread GMO use in India back in 1988. In 2009, he said things were still great with GMO crops.

But now he has claimed that GMO crops are both unsustainable and dangerous. A new paper from November 2018 states:

“Critical evaluation of the most modern technology, modern biotechnology, reveals that the Bt and herbicide-tolerant-crops are highly unsustainable. In addition to causing environmental harm, these crops exhibit genotoxic effects. The original objective of reducing the need for application of chemical pesticides has also not been realized. There is a need for basic research to understand the causes of ‘unintended effects’ associated with genetically engineered crops.”

Oh, the unintended consequences…a similar line as to the safety of using CRISPR in animals and humans.

Lots of diseases have increased in the past few decades. Cancer, autism, various forms of autoimmunity, and I could go on and on.  I’m not saying GMO foods cause these. Cause and effect are seldom so simple as to be one-to-one when it comes to complex living organisms. But I would argue they are one of the unintended consequences of these foods, by being one factor of many that may play a role.

(That’s why we don’t use any GMO ingredients at Lost Empire Herbs and never will. In 2019 we will be looking into getting the Non-GMO verified certification on everything just to prove it.)

I know this article is a bit outside of what we normally cover here, but I feel it is important to cover different aspects for your health. Be aware of what is going on and aware of the “blueprint” tampering that has become almost a common occurrence these days.