The secret that has been kept for a long time by special Russian forces. The secret substance used by Russian athletes and sportsmen. Black anabolic which cannot be detected. It speeds up fracture healing and regenerates cells. Elixir of youth. The strongest biostimulator in the world. The magical adaptogen. Mighty supplement used by Russian doctors to miraculously heal their patients. It’s found only in secret locations in the Altai Mountains that are known only by families of “collectors”. That’s how many describe Moomiyo.

Most of these are just urban legends, but don’t let them stop you from enjoying benefits of this amazing substance, cause there is some truth in every legend.

Let’s take it from the top – what is Moomiyo? It’s a naturally occurring tar-like substance which comes from gaps between rocks and caves in Tibet, Altai Mountains and Middle Asia in high-altitude areas. Some people say that it only appears on Altai Mountains, which is simply not true. In fact, Moomiyo is commonly found on many mountains from Russia to Tibet. Moomiyo is black or brown in color, strong in smell and tastes like a mixture of pitch, blacktop and oil. It’s somewhat bitter, so some people have a problem getting used to consuming it. Personally, I am OK with the taste, considering the wide range of benefits it provides. 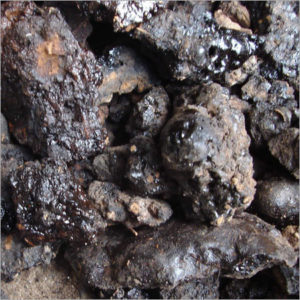 In its natural form, Moomiyo is solid until it reaches a temperature of 86 Fahrenheit when it changes to more tar-like consistency. Raw Moomiyo is filtered until it becomes pure and then it’s packed in boxes, pills or added to many supplements like balsams, tinctures and so on. It is solvable in water and many like to mix it with honey to improve the taste and combine it with another natural substance in order to boost the immune system.

Moomiyo contains a mosaic of organic and inorganic substances which became tar-like in structure through years of polymerization, mixing and sedimentation. It contains between 20 and 70 micro-elements, many organic substances, vitamins in trace and six amino acids. The origin of Moomiyo is still not entirely clear, even though research has shown that the process is similar to fossilization. As a matter of fact, Moomiyo mainly contains a mixture of animal, plant and mineral substances; although there are cases when it only contains plant or animal or mineral substances. Some even claim that Moomiyo is a byproduct of wild bees (even though they are pretty rare in high-altitude areas), or a product of bats poop, which are also rarely found in these areas.

At a time, everyone believed that Moomiyo only appears in a process of oozing, which proved to be wrong as Moomiyo is sometimes found in open areas. Some even today claim that only those who gather it know the secret locations where it can be found, which is another urban myth. The truth is that Moomiyo originates from plants, minerals and animals in high-altitude, dry areas where fermentation isn’t possible due to lack of oxygen and strong UV rays. Instead, natural fossilization takes place in a process similar to the one of natural asphalt formation. Moomiyo is most often found in hard-to-reach mountain areas and it’s gathered from rocks by scrapping.

It was very popular during the Medieval period, primarily because of the mystic origin and locations where it could be gathered. Moomiyo was considered to have magical properties and it was used primarily for treating fractured bones, bronchitis, wounds, burns, kidney diseases and to improve immune system. A modern Russian scientist became very interested in Moomiyo in 1950. and their research proved amazing benefits of Moomiyo, listed below.

1. Moomiyo speeds up fracture healing by 22% if used orally, three times per day. Some claim that their bones healed up twice as quickly with Moomiyo, but that’s probably a large overstatement.

2. Improves damaged tissue and wounds regeneration by around 20%.

3. It helps dramatically in treating Periodontitis and in 70% of cases the improvement was significant. However, it should be noted that Moomiyo can’t cure Periodontitis completely.

4. Moomiyo has a positive effect on peripheral nerves, neuralgia and nerve endings by improving the transfer of nerve impulses.

5. People suffering from atherosclerosis, diseases of the veins and some heart conditions can benefit from Moomiyo as it thins the blood. For this very reason, Moomiyo shouldn’t be used by hemophilia patients, pregnant women or anyone else who is scheduled for an operation.

6. It is proved that Moomiyo helps treating diabetes via endocrine stimulation. Once again, it’s of the essence to keep in mind that Moomiyo cannot cure diabetes, but only help to control it.

7. During experimental phase on sportsmen, Russian scientist came to a conclusion that Moomiyo allows sportsmen to train 20% longer and speeds up recovery by 25% – and all that without leaving any traces in body. That’s why people sometimes call it “Black Anabolic”, since it works like a natural anabolic, but it’s undetectable in blood, nor it is forbidden.

Is Iron Concentration in Moomiyo Safe?

One of the most popular medicines of Ayurveda, Moomiyo cannot be classified as animal or plant substance, but a special kind of mineral pitch that comes from the rocks of Central Asia mountains during summer. This substance has been used for a very long time in the traditional Indian medicine known as Ayurveda, mostly as an adaptogen. Moomiyo has been used traditionally to help with any condition which benefits from high levels of Iron, like asthma and arthritis. 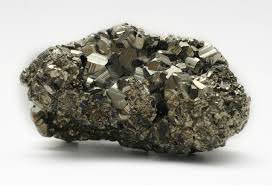 In an early text on Ayurveda, Charak Samhita, Moomiyo is characterized as a product of 4 different minerals – iron, gold, copper and silver. Many people nowadays suffer from low iron levels, which is one of the reasons Moomiyo is so beneficial in treating anemia, for example. Iron deficiency brings many health issues, like poor physical endurance and muscle weakness.

In this article, we’ll focus on a single study which investigated possible side effects and safety concerns over Moomiyo and iron levels in the blood. The study featured four groups of rats which received different doses of Shilajit (500, 2.500 ad 6.500 milligrams per kg) for 91 days. At the end of the study, rats were sacrificed in order to investigate any possible dangers Moomiyo might have on their bodies.

The study concluded that control group had the same levels of iron as four other groups of rats; furthermore, all organs had the same weight except liver, which was insignificantly heavier, in cases where the highest dose of Moomiyo has been administrated. These results led to a conclusion that using Moomiyo, even long term, is safe to include as a dietary supplement for many disorders which benefit from nutrients with higher levels of iron, like anemia.