12 of the Most Powerful Sexual Enhancing Herbs Available

Scroll Through The products Below, Select & Add the Herbs of your Choice

& Get Ready To Start Your 7 Day Cycle! 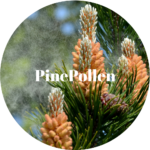 Pine Pollen may be one of the most potent and powerful herbs or foods available today. It is the male spore of the pine tree and has been used for thousands of years.

Powder Modulates hormones: As a powder, you’re getting all the nutrition that pine pollen provides. This includes many vitamins, minerals, amino acids, antioxidants, and other nutrients within (like resveratrol, SOD, MSM, etc.), making it, as my brother likes to call it, “Nature‘s Multivitamin”. Having a healthy body can aide in optimal healthy hormone function and overall wellbeing. 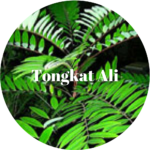 Tongkat Ali – Most Potent Male Herb in the World*

In English, this translates Ali’s Walking Stick. And they weren’t talking about an actual stick from a tree! It reminds me of that scene from Austin Powers 3 where Mini Me is described as a tripod… It’s been shown to help with sperm count and raising testosterone. Other names include Longjack and Malaysian Ginseng.

Here we have a high quality and potent 100:1 water-soluble extract of the Eurycoma longifolia roots. Tongkat Ali has been shown to restore testosterone levels, lower estrogen and SHBG, boost several parameters of sexual performance, including erectile function, hardness, performance, and satisfaction, and so much more. 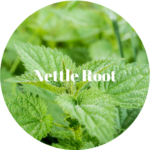 If you’re looking to optimize your hormones it’s not just about increasing testosterone. In fact, you can have high testosterone and NOT see the benefits of it. That’s why I say that nettle root (latin name Urtica dioica) can multiply their effectiveness. Its not that it makes them stronger, instead it helps stop them from becoming useless, or even worse than that. 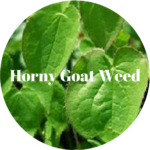 Cistanche – AKA  “The Stalk Enlarger” 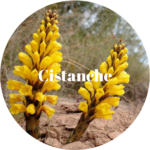 This herb is sometimes called “Cistanche in Your Pants” or “The Stalk Enlarger” as it is said to not only increase sexual potency but even size.* In The Essence of Medical Prescriptions, a Chinese physician in the tenth-century, had many formulas designed to help with sex and male potency. Of these, 80% contained cistanche. Cistanche is said to increase blood flow to the groin. Plus some preliminary research has investigated cistanche’s nitric oxide effects. 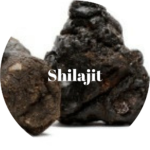 The Destroyer of Weakness, shilajit has earned a reputation for doing a wide range of things, including restoring sexual function.* Our main reason for its addition here is its ability to act as a driver or potentiator. Anything you take along with Shilajit is better absorbed and used by your cells.* Thus this helps the rest of the formula to simply work better. 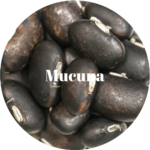 The primary effect of mucuna is to help support dopamine and therefore desire. As a rich source of L-dopa, mucuna provides the precursor to this much-needed neurotransmitter. Not only does support your dopamine help with libido, it also has some interesting hormonal results. Mucuna has been shown to help support growth hormone and testosterone levels.

Ant Extract – The Herb of Kings 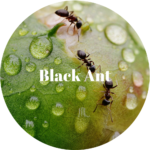 This extract is made from a specific variety of any known as the Polyrhachis Ant (Polyrhachis vicina). It’s the highest concentration of zinc from any food, a necessary nutrient needed for muscle contraction, about 300 enzymatic reactions, a large component of the creation of semen in men, and for testosterone production. Plus it’s loaded with many more vitamins, minerals and other components. Ant extract is often used by itself for sexual enhancement. Some men find it even helps with size. 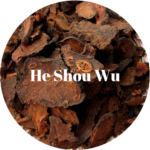 The Legend of He Shou Wu…This root is named after a man who became famous for its use. Neng Zi was born as a weak boy. When he grew up he never married because he was impotent. At the age of 58, one day he got drunk in the forest and fell asleep. He noticed roots that appeared in his mind to be “making love”. He dug these up and later made it into a tonic he could consume. Within a short period of time, he noticed a new energy flowing within his body. He began to feel virile, and could hardly contain his sexual drive. He continued taking He Shou Wu for years which made his gray hair turn black and he fathered many children. The legend says he lived to 160 years old and fathered 19 sons and daughter. Not bad for starting out with a weak constitution and beginning on the herb at 58. Loaded with nutrients to help with sexual potency. 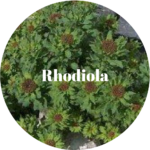 Rhodiola rosea is a well-known root that grows in the cold mountains of Europe and Asia. It is known as a powerful adaptogen and the most well-known kind of Rhodiola in the world. Acts as a stimulant for those suffering fatigue Increases ability for mental work (considered #1 for mental clarity) It can Aid in recovery from physical and mental work. Helps to maintain sexual function. 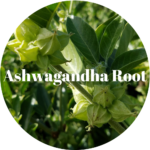 In Ayurvedic medicine, it is considered a rasayana, which means the path of essence, and speaks to its longevity properties. It enhances Ojas, which is the equivalent in Chinese Medicine as Jing and has been in use for over 4000 years. Also known as the Indian Ginseng. The name Ashwagandha means horse smell as the root has a strong horse-like odor. It is also believed to give you the strength and stamina of a stallion and supports healthy sexual function.