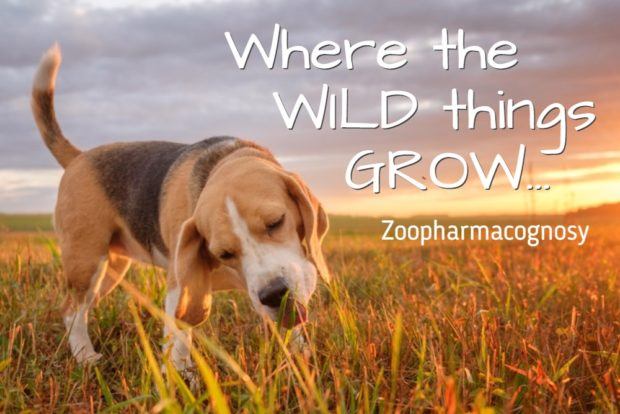 Long word, isn’t it?  But we’ve all seen it in action around pets.

Have you ever watched a dog or cat eat some grass and then throw it up?  When they eat something bad or have an upset stomach or a parasite, this is a common behavior.

But it is far from the only way in which animals partake in medicine. Zoopharmacognosy (zoo meaning animal, pharma meaning drug and gnosy meaning knowing) is the word for this practice. Joel Shurkin, in an article titled “Animals that self-medicate” shares a bunch of examples.[1]

This is well-established behavior by all kinds of different creatures. While there is a focus on parasites, it occurs for other reasons as well, such as the manipulation of their psychological state. 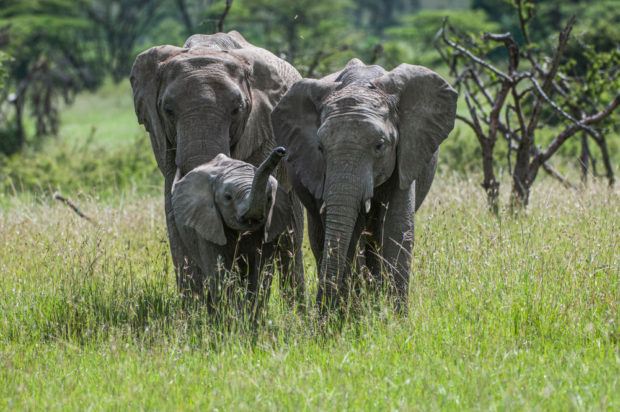 The Vegetarian Myth, by Lierre Keith, shares the following examples.

“Bighorn sheep will chew their teeth down to the gums to eat psychoactive lichen off of rocks. Cattle will return to eat locoweed until it kills them. Birds get stoned on cannabis seeds, and jaguars eat the bark off the yaje vine to hallucinate. Elephants make wine from palm sap. Birds fill up on fermented berries until they’re drunk and disoriented enough to die by flying while intoxicated. Ducks seek out narcotic plants. Monkeys and dogs love opium smoke. Chimps will surmount their fear of fire to smoke cigarettes, and tobacco is addictive to a number of animals, including parrots, baboons, and hamsters. Reindeer will ignore food to pursue hallucinogenic mushrooms if they smell them in use by Lapp shamans. Now consider that the poppy was one of the first domesticated plants – ain’t nobody harvesting those tiny little seeds to make a meal.”[2]

There is evidence that even plants, not just animals, are under the influence of a wide range of compounds across nature, including psychoactive substances.

So why do I bring this up?

One is that herbs can be great to feed to your animals. And you can even allow them to choose it themselves if you give a selection. I wrote about herbal supplements for pets, including what some of our customers have done here.

The other part is to recognize this is part of nature. Medicine is not something that was created in the last hundred years or so but something that has always been around and mostly provided by nature herself. (It is just in certain people’s interest that you forget this fact).

We humans use it and so have animals for a long time. In fact, learning from the latter is something we’ve been good at.

“The scientists researching zoopharmacognosy are convinced that humans can learn from animals, particularly in finding new medications. Much of folk medicine, particularly in the undeveloped world, likely came from medicine men watching animals self-medicate, and in the case of the plant used by the bonobos, what they saw works. [Biologist Michael] Huffman knows cases of medicine men deliberately studying animals for clues for treating their patients.”[1] 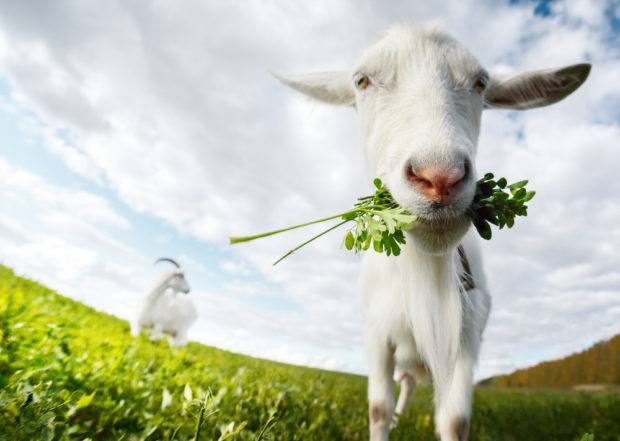 The legend goes like this. A farmer noticed his goats eating a certain weed. Later that day they were getting extra frisky. So the farmer went back to that weed to get some for himself and his wife. They made a tea out of it and proceeded to have some fun together.

A simple observation was a big part of science long before it was relegated to the hallowed halls of academia and taken away from laypeople.

We see that many indigenous peoples used medicines for themselves and for their animals the exact same ways. Why? Because it worked. [3]

And this article reviews a wide range of medicinal plants used in ethnoveterinary medicine in British Columbia. [4] This included Reishi and Shiitake, though I’m not allowed to say what they were using them for.

Animals might even be smarter than us. While we’re poisoning the next generations with endocrine-disrupting chemicals, butterflies have found ways to protect their offspring from parasites. “We provide the first evidence of trans-generational medication, in which animals actively use medicine to mitigate disease in their offspring. We studied monarch butterflies and their virulent protozoan parasites and found that neither caterpillars nor adult butterflies could cure themselves of disease. Instead, adult butterflies preferentially laid their eggs on toxic plants that reduced parasite growth and disease in their offspring caterpillars.” [5]

We could learn a thing or two from animals and insects it seems.

DISCLAIMER: This is not to say that everything that animals eat is good for them, or that we should eat anything animals eat. Just that some of what animals eat maybe for medicinal purposes and some of those things will work likewise in human beings.