There are some very cool and very different trees inside the Amazon rainforest. A large portion of them are different types of palm.

One of the most fascinating to look at is the Walking Palm, also known as cashapona or Socratea exorrhiza.

The tree itself appears to levitate upwards as it sends down several above ground roots. 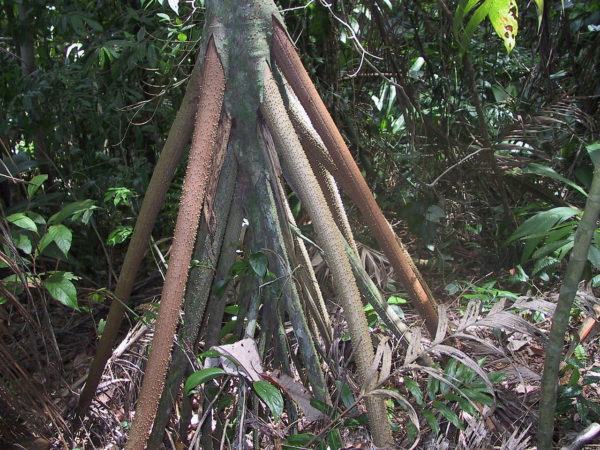 The name Walking Tree refers to an idea that this tree would actually send down roots in new areas to move or walk to better nutrient rich soil or sunlight. There is debate as to whether or not this actually happens.

In either case, seeing these trees is fascinating as there’s nothing like them back home.

Part of the reason for this is that the soil is not very deep in the Amazon, so the roots being mostly above ground may allow for better nutrient absorption.

And there are many other trees that look similar.

Another palm tree has similar roots, except some of them take on a distinct shape! (see the one that has the dead leaf on it) 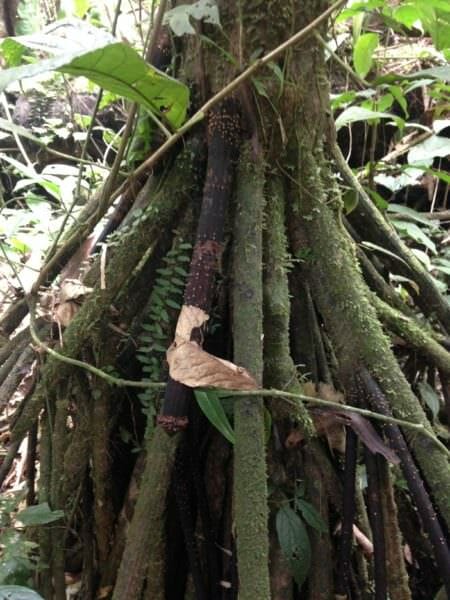 I didn’t catch the name of this tree specifically.

What I can tell you is this is known as the Doctrine of Signatures. Basically signs from nature about what something does. Sure enough, libido and male virility is exactly what the Achuar people use this for.

Unfortunately, I didn’t have the opportunity to try it out, but there’s always next time.

In the meantime, I’ve got not worries because there are plenty of other herbs, many of which also include a phallic shape or other signs of nature, including:

And of course Thor’s Hammer.

All of which you can get for 15% off right now by entering the coupon code ‘NEW’ when checking out.