As much as the Western Medical model is broken there are certainly some good aspects to it.

In broad generalizations I would say that:

1) Western Medicine is absolutely great in acute conditions and can be the best option for saving lives.

One woman had a kidney infection. That’s deep inside the body and one time when antibiotics are probably one of the best options.

Another women I know had an ectopic pregnancy. I hadn’t even heard of this before, but it’s where the egg gets trapped in the fallopian tube. It ruptured and surgery was needed to stop the internal bleeding.

Without our modern technology these two issues could very well have been death sentences. So in these and similar instances Western medicine is at its best.

Unfortunately there are many cases where this is not so. 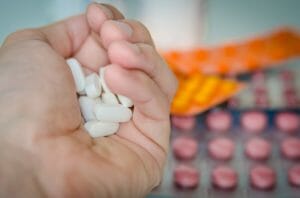 Antibiotics are one drug that can actually fix something by killing it off. Of course that isn’t without collateral damage. Then you must take some effort to repopulate all the beneficial bacteria, because doing so has some rough side effects. They should be used in cases like kidney infections, not in the many stupid ways they are used like for colds. They don’t even do anything against viruses, yet their overuse has turned into antibiotic resistant bacteria, as they’re smart enough to learn how to fight back.

Other drugs don’t fix anything. They’re palliative. They relieve pain or symptoms but without actually working at the root of the problem. If you’ve had massive injuries then a strong pain killer can be your best friend while your body works to recover.

But treating the symptom of high cholesterol by forcing it down, when really you need to look at systemic inflammation, is once again going to cause collateral damage.

Unfortunately, the one thing MOST drugs are best at is putting profits in the pockets of pharmaceutical companies.

If someone tells you you need to be on a drug for your entire life, I would at the very least question that. After all your body is not suffering from a drug deficiency! Though it may be suffering from chronic dehydration, chronic lack of vitamins and minerals, immune system and inflammation dysfunction, or much else.

Even something like bioidentical hormone replacement, in both men and women, is a band-aid approach. Of course, it can be very helpful in many cases and their certainly are benefits. But it doesn’t fix the root issues of what is causing hormone loss in the first place. (And I don’t think it’s fully accurate to say they go down with age, because there are people in older age with “youthful” levels of hormones. It’s what occurs during time that leads to results…)

Now herbs can be palliative too. There are many that can serve that function well. Opium was long used to kill pain, before isolated extracts (Morphine) of it were used. But used in a better way they can help to fix root causes.

Let’s say a person has led a stressful life by burning the candle at both ends. Something like he shou wu is going to help restore that person’s foundational energy, known as jing. Of course, the person needs to stop or cut back the overworking, but having the herbs along with rest and rejuvenation can get them to bounce back better and faster than without it. Of course, this can also be taken as a daily tonic, which will just continually support you over time.

I personally feel like working with pine pollen and tongkat ali got my testosterone to a place where I no longer need to take them, at least on a regular basis. Contrast that to the unfounded fear that these will take over shut down your own hormone system.

Still the best use of herbs is in what is known as the superior form of herbalism. Here you don’t even take herbs to fix or treat problems. Instead you use them to support your ongoing health. Then your health is in a position where problems don’t occur!

This is what is known as “radiant health”. It’s a goal worth aiming for.

And use herbs for what they’re best at. Know the difference and apply it to your life.