Home » Blog » Urtification or Stinging Nettles on the Skin 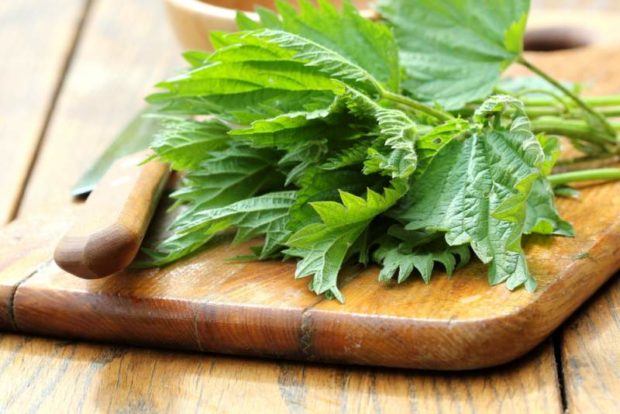 Urtification refers to the flogging of the body with the fresh nettle plant. The name urtification comes from the latin name of nettles, Urtica dioica. This process has historically been popular in folk medicine.

What are the benefits of urtification? And does it work?

I had heard about this practice of intentionally getting the stinging nettles on the skin for a long time and from a couple different sources. Until recently I had never done it but I’ll share how and why that changed.

One place I had heard of it was during a Finnish sauna might involve sitting in a sauna, as well as cold exposure in the snow outside. And this could be enhanced by hitting on the body of a whisk or broom made with plants. Sometimes this would involve willow or juniper tree branches and leaves. Other times it included nettle.

I had also heard the “sting” was part of the “medicine” of nettle. And that the sting worked especially well for rheumatoid arthritis. (Similar to how bee stings are said to help the same way.) Indeed this historical use has even been scientifically studied at this point as you can find in this double-blind crossover study here.

And that’s not the only one. Seventeen out of eighteen people interviewed in this study found it helpful to them.

Why Urtification With Nettle Leaf Works

Rheumatoid arthritis is autoimmune in nature, which means your immune cells are attacking your cells, in this case in the joints. But the sting provides an alternate “foreign invader” that the body will fight. In so doing it stops, even if just temporarily, going after your body.

Yes, taking nettle leaf orally can also help in these cases but the topical application seems to be the best effect. The only side effect is the sting of the nettles! I’d be willing to bet that the internal and external combinations would have an even greater synergistic effect.

Similarly, I have heard that stinging nettles can be useful for hay fever. The sting releases histamine into the body along with other components such as serotonin, and who knows all the chemical interactions that take place. There are some anecdotal stories about this, but not yet any science behind it.

The closest study is one that looked at allergic rhinitis (a fancy word for hay fever) and the internal use of nettle leaf. In one study the nettle leaf outperformed placebo in reducing symptoms.

Again, the theory of how this might work could be similar. Allergies stem from your immune system attacking the pollen or other components in the air. If they’re busy fighting the sting of the nettles, or the chemicals such as histamine have already been used up as could be happening, then that could result in fewer allergies.

Anyway, back to my main story. With springtime here, I have started foraging for wild greens. This includes nettle leaf. As I was out, gathering leaves that I use to make soups and stews I spent some time communicating with the plant. (See Powered By Nature for details on how this is done.) 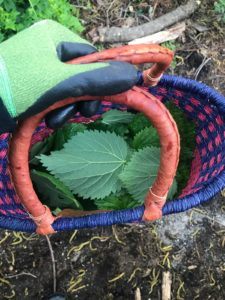 Just looking at nettles and certainly feeling the sting, it’s an intense plant!

In communicating with it that intense energy was there. Ultimately, it challenged me to do the urtification. To put it into words, “You’ve used me herbally for years, you’re going to consume more of my leaves, and yet you haven’t let me enter you in this way. What, are you scared?”

Even though I had worn rubber gloves to harvest the plant, I still ended up getting stung a couple of times. And it sucks! So to imagine willingly doing that all over the body seemed kind of crazy. Still, I decided to go for it because the Nettle itself challenged me to do so.

Back home I did so as you can see in this video below.

This was just one of two rounds I did. Then I went and sweated it out in my Infrared Sauna.

Overall, it wasn’t as bad as I expected. In many ways getting one sting is worse than a thousand stings. In the latter, the pain and irritation are spread throughout the body rather than in one isolated point.

That’s not to say it is comfortable. The pain is intense at first. But then it subsides. And the next couple days it just felt itchy. Even beyond a week later I still had some marks on my body.

I sometimes have allergies. My plan is to try this method out on them and see if it helps get rid of them. I think I would prefer the nettle pain to the constant itchy eyes, runny nose, etc.

Nettle Root is known best for helping support prostate health and hormones. (I like to think of it as a yin hormone herb as compared to many of the more yang hormone herbs such as Pine Pollen and Tongkat Ali. Even though I am young and not aware of any prostate issues I still like taking our Nettle Root Spagyric Tincture from time to time.) 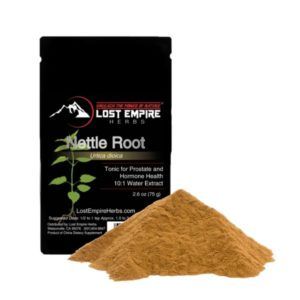 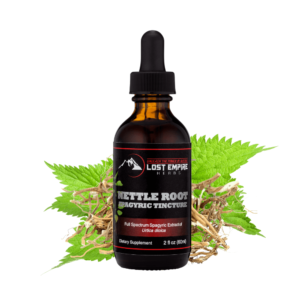 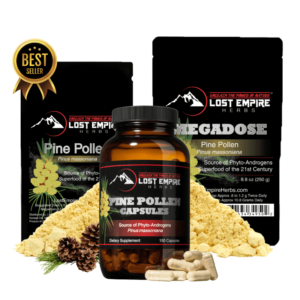 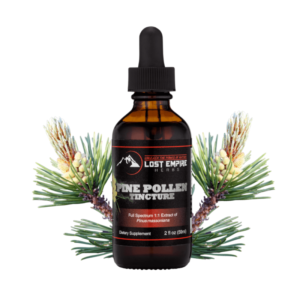 Want to learn more about nettles?

You can find more in these two posts:

If you’ve ever done urtification and especially if you’ve had good results from doing so, please share in the comments below. Or if you have questions about it, we’d love to hear from you!