My friend was telling me about someone who came to him complaining that his pre-workout supplements were causing sexual problems. Considering most people workout in order to look better naked and have performance in the bedroom this is somewhat ironic.

But it’s not that surprising to me.

This supplement is not one I’ve tried myself though I hear it’s quite popular. It’s called Jack3d and it promises to “boost pumps“ and have “bloat-free micro technology”. I’m not even sure what that last statement means nor how it takes technology to not cause bloating. 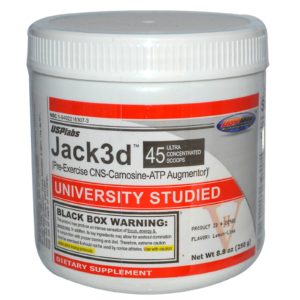 The label is made to look similar to pharmaceuticals, and its action in the body is drug-like.

I just took a look at some of the Amazon reviews for this product. The comments are shocking.

“This stuff will jack you up alright and not in a good way!”

“Buyer beware. following multiple deaths and hundreds of people sickened, including soldiers dropping dead in their 20’s after taking jack3d, the FDA banned DMAA. this company illegally continued to use it in their formulation for over a year, until the FDA was forced to seize the product.”

“Immediately after taking this, I began feeling weird. The first day, about an hour after my workout, I thought I was having a stroke.”

I’m not saying that this stuff doesn’t work. There are lots of positive reviews on there as well. But do you really want to take something created to jack you up?

The question is what is this doing for your health? Is it improving it or degrading it? My guess is that with the “CNS Contractile Stimulant System™” (Yes, that is listed on the nutrition label), you may be doing much more harm than good.

Add in a bunch of fake flavorings and artificial flavors and who knows what you’re really ingesting?

The Center for Science in the Public Interest released a report in 2010 discussing food dyes. (Click here for the full PDF)

Blue 2 cannot be considered safe given the statistically significant incidence of tumors,
particularly brain gliomas, in male rats. It should not be used in foods.

Red 40, the most widely used dye, may accelerate the appearance of immune-system
tumors in mice.

Yellow 5 causes sometimes-severe hypersensitivity reactions in a small number of people and might
trigger hyperactivity and other behavioral effects in children. Posing some risks, while
serving no nutritional or safety purpose, Yellow 5 should not be allowed in foods.

And there’s much more. Lest, you think this is alarmist information, the fact is that the FDA had a split decision on requiring side effects labels on food products containing these. It was narrowly defeated which is amazing when you consider the industry ties the FDA has with chemical producing corporations.

Look no further than European countries where many of these chemicals are illegal to use.

When it comes to artificial flavors (and natural flavors are pretty much the exact same thing) have been reports to contribute to allergies, cancer, nervous system depression, dizziness, headaches, fatigue, brain damage, seizures, nausea, and much more.

So on top of the “who really knows what it is” main ingredients you have these add-ons that make most of these supplements pure junk. Even if they do give you results in the gym, at what cost do they come?

On the flip side, I understand the desire to have better workouts. Physical training is my thing and I’m always looking for an edge. If I can take a supplement and I do one to two percent better in my workout I am quite happy with that result.

But I also want to put my health first.

That’s why I like to focus on the superior herbs. Not only can these support your workout in a number of ways, like hormonal support, energy, added recovery, better stress response, tons of micronutrients, etc., but they’ll make you healthier in doing so.

I put together a blend called Hercules Pre-Workout Formula for this very purpose. We’ve run into some customs issues getting everything we need, but right now we have a limited batch available.

Besides a little niacin, a natural vitamin, to act as a delivery vehicle, it’s a blend of three powerful herbs. 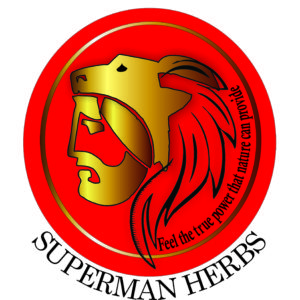