Salt has been an important part of the human diet as long as humans have existed. And it’s not just us, mammals like elephants will sometimes travel long distances to find sources of salt.

The word salary comes from sal, meaning salt. Roman soldiers had part of their pay for their work come in the form of salt.

The word salad also has the same salt basis. This comes from the fact that it was common to salt vegetables. 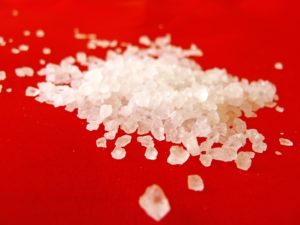 Are you getting the right amount and right kinds of salt?

Salt has been demonized for many years now for being a leading cause of heart disease, high blood pressure and more. But is that actually not true.

A hard look at the research finds that this was based on faulty science (much like myths surrounding cholesterol and calories).

Blood pressure actually drops with higher salt intake. In fact, the former president of the American Society of Hypertension, Michael Aldarman, was quoted saying, “The more salt you eat, the less likely you are to die.”

A study reported in the JAMA, had 3681 people with normal blood pressure and without heart problems measuring their salt intake. Those with the highest levels of sodium in their urine were more than four times less likely to die from heart disease than those with the lowest levels.

According to Dave Asprey, roughly 2% of people are genetically more sensitive to salt intake and thus shouldn’t take as much as others (of course some amount is still necessary for proper functioning).

The Benefits & Importance of Salt

Salt is the best mineral supplement available. With a quality sea salt (we’ll discuss the different salt options later) you’re not just getting sodium chloride but virtually all the trace minerals. Every one of these minerals has specific functions within the body.

One of the biggest factors for health is being properly mineralized, and sea salt is probably the best way to get there.

Salt replenishes sodium which is an important electrolyte (you also need potassium and others). All minerals need to be consumed in a balance or ratio along with certain other minerals. Sodium and potassium are the two that balance each other. A diet rich in vegetables, which are typically high in potassium, requires sodium to balance them out, which is why the Roman’s salted their vegetables.

Salt has other benefits too. It helps the body to detoxify, acting in some ways like clay does. As salt is mostly secreted in the urine, it plays a role in kidney function. Also many of the herbs that have a naturally salty taste, are thus directed towards the kidney energy.

Salt is anti-estrogenic. Since our environment is loaded with fake estrogen mimics, many people suffer the symptoms of excess estrogen. While many things can help balance these estrogens out, like taking pine pollen, the right amount of salt is an important basic step.

Salt can even act as an antioxidant.

Having the right salt balance, along with hydration is important for intestinal health and function. As a somewhat fun experiment, trying putting a couple tablespoons of sea salt into a 16-ounce glass of water and then drinking it. This will likely move you into the bathroom quickly.

Furthermore, salt has been known to help with allergies, auto-immunity, asthma, shock, diarrhea and morning sickness in pregnant women.

Is All Salt Created Equal?

The answer is no. Like all things, there is a range from worst to best. 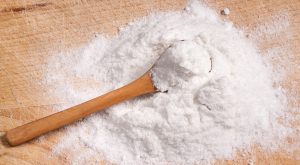 Did you know salt comes in many colors, like pink, greenish, grey and even black?

The common table salt is the worst. This is almost purely sodium chloride, meaning it has none of the trace minerals. Yet in testing it was found to be the highest in bromide, which is a toxic halogen, known to disrupt the thyroid.

In addition most table salts have anti-caking agents, bleaches, and other chemicals added to them. This salt is best avoided completely.

Moving up the range you have Himalayan salt and other quality rock salts. These salts are mined from the earth and haven’t been hydrated in a long time. While they contain trace minerals they’re not in as great a supply as sea salt. The great thing about them is they ancient, meaning they haven’t been involved in our modern day pollution at all.

Still, sea salt is the best kind of salt you can get according to many people. It has roughly four times the amount of trace minerals as Himalayan salt.

Of course, you want to get this from the most pristine ocean waters you can so there is less likely a chance of pollutants and toxins involved.

How to Take Salt and How Much?

David Wolfe said, “Salt your water, not your food.” This offers a different method of taking salt than most may be familiar with. By finding the right ratio of salt to water for you, and recognizing that this amount will change over time, you can do one of the most foundational things for your health.

What is the right amount? Any level of edema, which is an accumulation of fluid in the interstitial space between cells, can help tell you. When you wear socks do they leave an imprint in your skin? If so, you have some excess water retention and need to play with your ratio of water and salt.

Depleted kidneys, as shown by dark circles under your eyes, can be a sign of adrenal fatigue and kidney function. In these cases, you will likely need to work with your salt intake.

For more reading on the importance of salt:
Shaking up the Salt Myth
It’s Time to End the War on Salt
Low Salt Diets Increase Heart Disease
Deep Sock Marks