In my recent articles about the prostate, I’ve covered some alarming stuff. Judging by the emails back from customers sharing horror stories along these lines, it’s unfortunately hitting a nerve (…just like many of the prostatectomies do!).

If you missed those you can find them on the blog here regarding the problems of PSA screening and prostate cancer diagnosis.

In this article I’ll dive deeper into why these problems exist. Unfortunately, it comes down to money. There is a lot of it flowing in the prostate industry.

We’ll start with the AUA, the American Urological Association.

Associations such as these typically become captured institutions. They’re funded by the drug companies and medical equipment manufacturers that make money off of prostate problems. It doesn’t take a conspiracy, money simply blinds people to solutions outside of what gets funded.

It’s as simple and I know this is the case from past research into associations (see #66 in Medical Monopoly Musings), just have to go to the organization’s website, find the funding, and it’s there clearly in black and white. 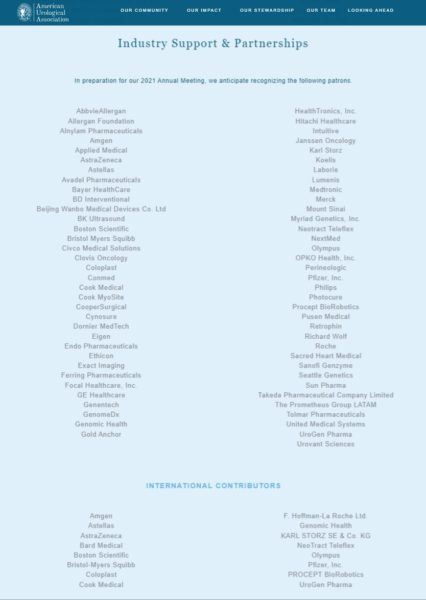 Mind you that this stuff has been going on for decades. In 2000 the AUA recommended that routine PSA testing should be offered to all men age 50 years plus. If men had additional risk factors, for instance being black or having a family history of prostate cancer, they should be screened after 40. If the PSA level was greater than 4.0 ng/mL than biopsy was indicated.

In 2009 the AUA recommended that PSA screening be given to all men 40 or older who are expected to live at least ten more years. That’s a lot of potential customers!

What happened there? As discussed previously the science that showed PSA wasn’t changing and mortality was catching up to them. Their hands were basically forced. But the truth was the science was there decades earlier and the AUA specifically stood against it.

Prostate Cancer Awareness Week was, simply put, a PR campaign to pitch PSA testing to the public. It was managed by the PR Firm that worked for Philip Morris to create the astroturf front organization the National Smokers’ Alliance. And that’s one of their more “noble” clients, as BM worked for dictators and many companies to spin deadly events.

This campaign was illegal under the FDA. It advertised an off-label use of a medical device. PSA screening had only been approved as a tool to monitor those already with prostate cancer, not to screen for those that might have it.

Schering-Plough was never even charged for this illegal marketing. Though they did pay fines for other off-label promotion of cancer and allergy drugs, as well as criminal conspiracy charges.

Oh, I guess there is conspiracy involved! But don’t let court cases stand in the way of believing that pharmaceutical companies only care about your health.

Pharmaceutical giant Bayer was also heavily promoting PSA screening illegally. This included in advertisements in the AUA Daily News, the newsletter for the American Urological Association. Do they really care if its illegal if it makes them money? Even when they get caught, the fines pale in comparison to the money made committing crime.

Of course there are those who stand up against such abuse. Some FDA officials did warn of the wrongdoing of PSA screening, such as Bruce Burlington the director of the FDA’s Center for Devices and Radiologic Health.

Such warnings were never heeded.

The FDA is a captured agency just like the associations. Unfortunately, the money makes it so that such people are ignored, and sometimes demoted, smeared and fired. Meanwhile those that aid the industry get promoted and/or lucrative revolving door jobs or consulting contracts.

Take the example of Susan Alpert, MD, PhD. She was the director of the FDA’s Office of Device Evaluation in 1994 when the PSA test was approved for early detection. After leaving the FDA, Alpert went on to a lucrative career as a consultant for companies like Medtronic. Medtronic is one of the funders of the AUA and manufactures equipment for prostate treatments.

All this money trickles down to the doctors. They don’t have to be “in on it,” they’re simply cogs in the machine, indoctrinated to follow what the (captured) institutions say is best.

Dr. Ablin says it painly, “Urologists make money by doing biopsies and cutting out prostates, not by watching.”

If you’ve got a hammer, everything looks like a nail. If you’re a urologist, you’ve got your dedicated tools and you need to pay for them. Dr. Ablin writes, “The FDA approved [the da Vinci] robotic surgical system that is now performing hundreds of thousands of radical prostatectomies on the strength of 113 gallbaldder procedures!” Is that trustable science? This $2 million dollar system includes $100,000 per year service contract. 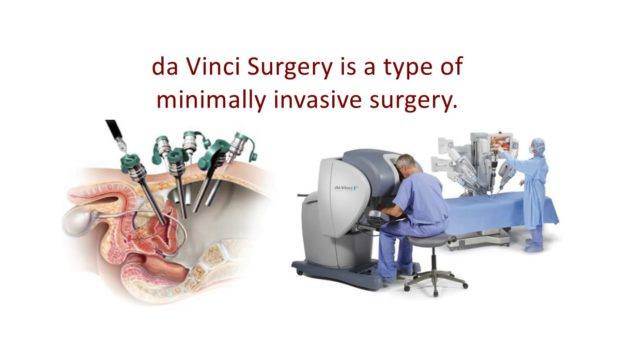 In other words, urologists must do lots of prostatectomies to make this robot pay for itself.

“Without radical prostatectomies, more than half of all the urology practices in the United States would go belly-up,” said urologist Michael Greenspan, MD. You don’t have to believe me, he’s a urologist so perhaps he knows what he is talking about.

And it gets even worse than that.

Charities and foundations are part of this game. Take the biggest prostate cancer foundation in the world, aptly named the Prostate Cancer Foundation. The junk bond king and convicted felon Michael R. Milken, when released from prison, became the founder of this! 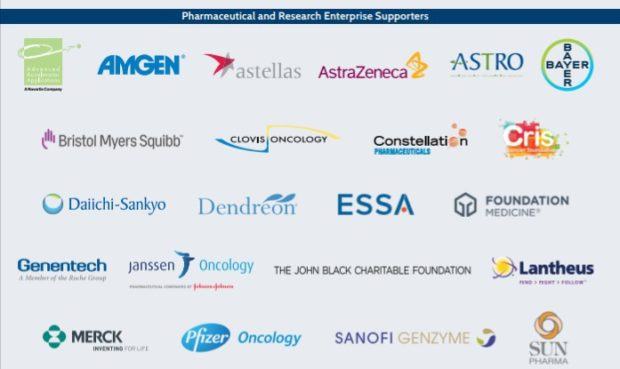 I’ve literally only scratched the surface of some of the money flows and shenanigans going on in the industry.

All this leads to the systemic failure of healthcare regarding the prostate.

“If a man has a PSA test today [2009] that leads to a biopsy and a diagnosis of prostate cancer that he is treated for, there is a 1 in 50 chance that by 2019 or later, he will have been saved from a death from a cancer that would otherwise have killed him. And there is a 49 in 50 chance that he will have been treated unnecessarily for a cancer that was never a threat to his life,” Peter Back, MD, a health care policy specialist at Memorial-Sloan Kettering Cancer Center.

That to me sounds like money flowing…but without considering the science of health. Not in the least.

Of course, none of this should be construed as medical advice. Just some tips on informed consent that your doctor isn’t going to tell you because they’re almost certainly not aware of it themselves.

That’s enough on the problems of the industry. In the next article we’ll move onto some prostate solutions.