It’s finally come. The dreaded time in our life when our hair seems to start taking its retirement, leaving us frustrated and “understaffed” in that department.

For many, light hair loss is the opening act for full-blown baldness and something that is totally unavoidable…or so they say.

Luckily, this is definitely not the case, but most men just think so since they’ve never done anything about it. 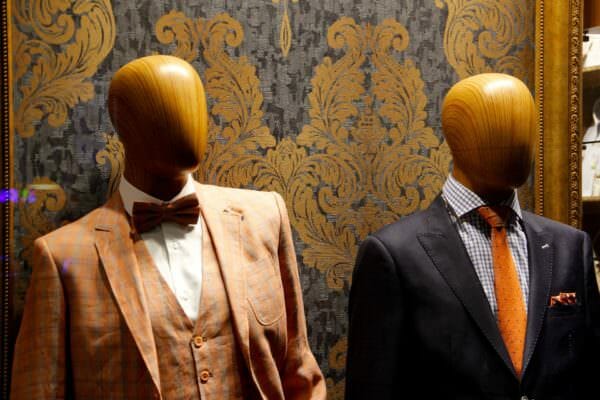 Not exactly… as there are many different causes that can contribute to it. You may be surprised to learn of all the different types of hair loss that actually exist, ranging from that caused by the use of common medications, to auto-immune disorders and more. But if you’re a man, by far the most common factor is your cursed genetics!

On that note, we introduce you to “Androgenetic Alopecia”, or male pattern baldness to simplify, owing to the fact that it occurs primarily in men. Don’t go off assuming that if a woman has hair loss that she definitely is not suffering from this kind, as variations in actual androgen levels, the sensitivity of the scalp to DHT and her genetics could also contribute to male pattern baldness in women.

Why Am I Losing My Hair?

The exact answer is…it depends. Though, if you’re a man, certain correlations are far greater. But as a quick overview, it could be attributed to one or more of the following: 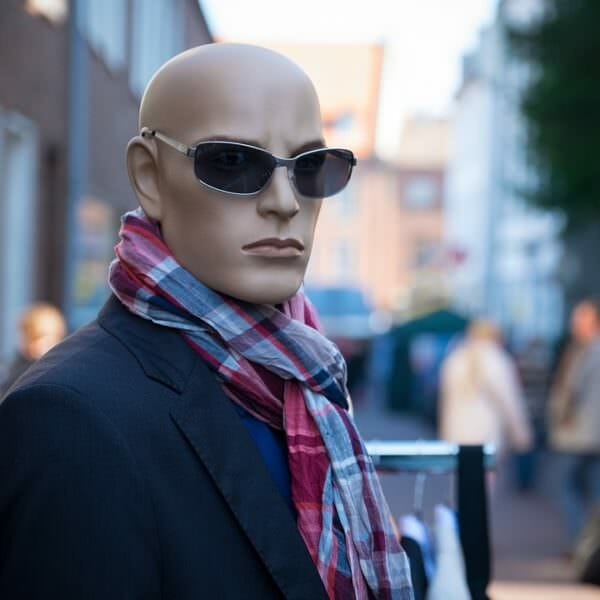 Can Hair Loss Be Stopped?

Hair loss is difficult to stop if you are genetically predisposed, but that does not mean that active efforts to reverse the trend can’t be achieved. In fact, if you emphasize treatments that address the underlying cause, you will likely end up very pleased with your results.  Try the following to apply the brakes to hair loss:

Cistanche is a “legendary” herb, brought to popularity by none other than the mighty Mongol conqueror Genghis Khan. According to legend, Cistanche sprouted from the ground where he slaughtered horses sent from the heavens, after being on the verge of defeat in war. After consuming this newly sprouted Cistanche, his army had their energy and morale restored, and went on to win the battle.

In modern day times, Cistanche has built up its reputation as a sexual tonic, claimed to increase penile size and erection potency. The effect on erection potency holds merit and can explain its utility in managing hair loss, owing to the ability of Cistanche to increase male hormones and improve blood flow and circulation. Restoring blood flow is one facet of stopping and possibly reversing hair loss. Another study investigating its role in hair loss found it to be roughly equivalent to a 3% Minoxidil (Rogaine) solution for stopping hair loss when used in combination with another compound.

The name of this herb is sure unremarkable but means a lot according to Chinese legend. The name loosely translates to Mr. He’s Black Hair or Hairy back, which gives a good indication of its primary use at the time. Since then, its use has grown throughout Eastern Asia as a hair loss remedy and seems to be very effective at what it does. According to studies carried out on rodents, Chinese knotweed (the common Western name for He Shou Wu) was able to activate the anagen phase of hair growth, which in humans is the phase by which hair grows continually for a period of time (usually 2-6 years). While it may be ingested- as is frequently the case in Asian cultures, this study was done via topical application, a testament to the likely potency of this extract. 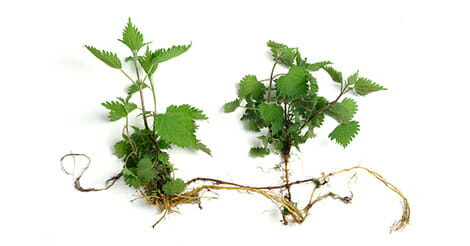 Nettle root is aptly called a “hormonal optimizer” because rather than increasing their levels, it finds ways to make the most out of what you already have. In terms of managing hair loss, it does so by two main mechanisms:

Minoxidil is the hair loss treatment that started it all, being extremely effective while it is used. Known historically as Rogaine, this was the brand that gained worldwide popularity, although today there are numerous generic Minoxidil preparations available, which cost significantly less.

But its discovery in being effective for hair loss could be described as a random coincidence, as it was originally developed to treat hypertension, with hypertrichosis (hair overgrowth) one of the observed side-effects. This side effect was soon exploited, with it being made into topical preparations.

Minoxidil works via increasing blood flowing to hair follicles, enhancing the delivery of oxygen and nutrient-rich blood to these sites. The efficacy of Minoxidil appears to be related to the concentration used, as higher strength preparations are significantly more effective than lower dosed ones.

If you have heart problems, we would not recommend Minoxidil as in theory topical absorption could reach the bloodstream, and there are a small amount of users whom experience problems (often involved with excess dosages, keep it on the low side).

While progesterone is considered a female hormone by the medical community (this is debatable and we don’t agree), it is still present in small amounts in men and can serve us in our quest to stop hair loss. Progesterone has the unique ability to compete with both the 5AR receptor and estrogen itself, helping reduce the effects on hair follicles.

By design, DHT levels try to self-regulate with increasing estrogen, but at the cost of our hair (and an enlarged prostate sometimes). Progesterone levels also tend to decrease rapidly during middle age, the time when most men start to notice substantial hair loss.

Contrary to what most people would think a DHT inhibitor such as progesterone would do (such as decrease libido), progesterone cream actually increases libido if you are low in progesterone. It also increases testosterone levels and decreases estrogen, making it our favorite hair loss treatment. It is better to view progesterone as a protective hormone than a female hormone, which is what the research is starting to show.

Ketoconazole is a popular anti-fungal medication that is indicated for fungal causes of hair loss, but it was the discovery of its DHT blocking effects that made it a true hair loss treatment superhero.

While it doesn’t reduce the synthesis of DHT, it does inhibit it from interacting with receptors found on hair follicles, by binding to the receptor active site.

Finasteride’s does its job of reducing DHT synthesis exceptionally well, as evidenced by it being among the only two FDA approved treatments for hair loss (the other being Minoxidil). But do not be misled to go and ask your doctor for a Finasteride prescription, as its side effects can be extremely harsh and even permanent for some. The worst of the lot are related to sexual dysfunction (inability to maintain an erection, loss of libido), and following an attempt to stop treatment, neurochemical and neuroendocrine changes, resulting in suicidal tendencies and mental deterioration. WE STRONGLY DON’T RECOMMEND FINASTERIDE.

Sometimes, hair loss may look like androgenetic alopecia on the surface, but can actually be due to excessive sebum production. Excessive sebum clogs hair follicles, and results in diminished blood flow to them, slowly starving and eventually causing their death. Salicylic acid shampoos promote removal of the uppermost skin layer, so that excess sebum accumulation is removed in a timely fashion.

Soy isoflavone extract in conjunction with capsaicin can boost levels of dermal IGF-1 (growth hormone). Diminished levels of IGF-1 are associated with hair loss, which is what this combination seeks to address; elevating IGF-1 production. We have a theory that the people experiencing hair loss on low carb and ketogenic diets do so because of low levels of IGF-1 in the scalp, however, this is temporary while the body is adjusting to metabolizing fats instead of carbs.

There is no real one-trick pony when it comes to restoring hair, as your inherent genetics play a strong determining factor. However, a multifaceted approach is definitely the way to go, addressing multiple pathways that together have a 1+1=3 effect. Try these:

The thing that cannot be stressed enough with hair loss is that you are losing your hair because there is an imbalance in your body. Whatever it is, you have to find it to fix your problem. We recommend blood tests (estradiol, testosterone, SHBG, progesterone, DHT, IGF-1) to make sure hormones are in order, as well as testing for markers of inflammation (C-Reactive Protein, high levels would suggest potential autoimmune issues such as food allergies) and thyroid function (can contribute to hair loss).

In the end, hair loss is a multiple spectrum disorder and cannot be treated in such a simple way as inhibiting DHT, you need to attack it from all sides. Also remember, you might have only started to lose a small amount of hair so far, but start your treatments early! Some hair loss is a sure bet of a problem that will only keep increasing with time.

Check out more excellent info from Alex at https://www.anabolichealth.com/. 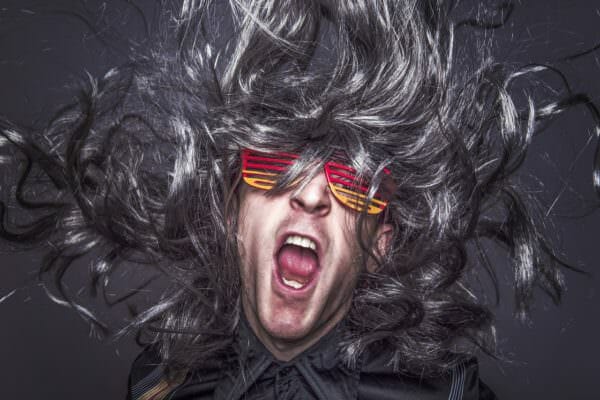 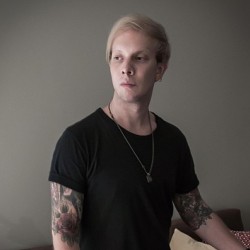 Alex Eriksson
Alex Eriksson is the founder of AnabolicHealth.com, a men’s health blog dedicated to providing honest and research backed advice for optimal male hormonal health. Anabolic Health aspires to become a trusted resource where men can come and learn how to fix their hormonal problems naturally, without pharmaceuticals. Check out his Ultimate ﻿﻿Guide﻿﻿ to Manly Cookin﻿﻿g or follow him on Twitter or Facebook.