Native to northern China, Schisandra berry has got its reputation globally for its medicinal benefits. It has been used in Chinese herbalism to treat issues with cardiovascular health for more than 200 years. More than 200 years of documented Chinese and Japanese history backs up the medicinal use of Schisandra berry. Most part of its usages has come to serve healing purposes in these lands.

Traditional Chinese and Japanese medicine have recommended the berry to treat pulmonary diseases such as coughs and similar health conditions. Though the benefits offered are ample, it’s advisable to consult a doctor before starting to consume this herb. The fruits are red in color with kidney-shaped seeds on the inside.

Listed here are a few benefits of Schisandra berry:

Notable medications prevent the growth of diseased cells, but also cause cardio toxicity. With the medications spreading all over the body, the situation only gets worse.

However, Schisandra berry helps fight cardio toxicity proactively. Oxidation of lipids are drastically reduced by use of Schisandra berry, hence increases antioxidants’ activity in the body. Cardiac functions are made smoother upon reduced oxidation. 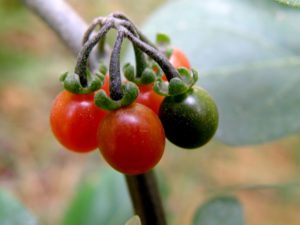 Schisandra is known to prevent liver damages caused as a result of carcinogens. The berry increases an activity of antioxidants and prevents increasing levels of enzymes in the liver. The hormones tend to fight back radical formation around liver on given conditions. Increased levels of liver enzymes alone could get your liver sick.

Just through adding Schizandra berry, you can alleviate inflammation in cellular levels. Water extracts of Schisandra decrease inflammation of cell membranes, hence expected to make you look younger. Expression of inflammatory elements within macrophage cells can be completely stopped.

The Schisandra berry, a little red berry that evolves on a climbing vine; it has been utilized as a part of Chinese medicine to treat various health problems. It is an adaptogen, which means it helps stabilize various bodily processes; for example, kidney function and blood flow. Schisandra berry contains both disease prevention agents and lignans, which implies it could detoxify the liver and other parts of the body. It is likewise used to enhance sexual performance, fight anxiety problems, and enhance cardiovascular endurance. It might likewise be a powerful slowing aging process.

As per many sources, this berry is an adaptogen. The adaptogenic nature of herbs helps in improving body functions; this is why, many pharmacies include adaptogenic ingredients in their supplements. Schisandra is particularly mentioned as being an effective stress crusher, among its several other abilities. Its light sedative effect helps to battle sleeplessness, faintness, anxiety, headaches, and heart racing. In comparison, it might not only ease the neurological system, but in a few cases also stimulate nerves, leading to improved psychological performance and improved memory features.

Schizandra berries incorporate lignans, which are commonly sourced substances found in the body and in a number of vegetation. Lignans are also helpful in improving kidney functions, and they likewise have good disease preventing properties.

Due to the lignans effects, Schizandra berries are useful in detoxification of the body as well as in better digestion.

A number of cosmetic features have likewise been linked to Schizandra berries.

Many Asian women use these berries to improve skin and cosmetic textures; it is considered to be the best fruit for cosmetic in traditional Chinese medicine.

Revitalization of the sex organs is also possible with these berries. They also caliber sexual endurance in men and women. In fact, it is supported by new clinical research that Schisandra berries have sexual endurance properties.

Another great video with Chris Kilham where he explains the many schisandra benefits.

Schisandra is called wu wei zu in Chinese which literally means ‘five flavor berry’. That’s because this unique berry contains all of the five main flavors, salty, sweet, sour, bitter and pungent. Tasting one is quite the experience, and something you have to try! As tastes have to do with energetic action and benefits in the body, this also shows that schisandra is a great all-in-one tonic.

Some of the biggest benefits of schisandra are its ability to enhance mental process like concentration and memory and its powers as an adaptogen.

The good thing about schisandra is that you should feel the positive effects in terms of increased energy and better sleep in just a couple of days after taking it, whereas some other popular herbs may take more time to kick in.

Feel free to try it yourself with our new organically grown, USA sourced Schisandra!

Lots of people are confused about the amount of Schisandra Chinensis they should consume. Usually, Schizandra berries are sold in the form of tea, capsules and powder. You can consume the berry in any one of these forms!

1)      Tea – busy businessmen tend to consume Schisandra Tea on an empty stomach. The tea will rejuvenate your energy level and make you fitter.

2)      Capsules – This is a mild dosage of the entire product. Capsules will help you experience the berry’s benefits effortlessly and tastelessly.

3)      Powder – The positive effects of Schisandra berries can be enjoyed immediately if you consume the extract powder! Try to consume 400 mg of the powder on a single day.

The herbal formulation will definitely enrich your overall health. May it be stress, inflammation or cardiovascular effects – Schisandra Chinensis will definitely lend you a hand of help!

This includes schisandrin C and schisandrin. Both these chemicals are found in the powerful Schisandra Berry. Scientists state that schisandrin C stops the growth of deadly tumor cells. However, the complex compound should be consumed within admissible amounts. As a sturdy medication against disease, Schisandrin serves against disease cells and prevents it from spreading throughout the entire body.

Similarly, the product decreases the presence of heart diseases. A research that was conducted on rats proved the berry’s power against cardio-toxicity.

Above all, improper functionalities in the abdominal regions can be overcome by Schisandra berries. On the other hand, the sensational berry cures congested liver disorders. The berry toils against free radicals. Everyone knows that free radicals would damage the body’s healthy cells. The unstable molecules would trigger aging. Nevertheless, when the amount of free radicals in your body decreases, you will witness a whole new level of wellness.

As mentioned previously, the list of Schisandra Chinensis benefits will remain incomplete without “enhanced liver health”. Troubles caused by carcinogens will be eliminated by the red berry.

A study published in the journal of Food and Chemical Toxicology proved that Schisandra Chinensis pollen extracts have decreased the production of free radicals. As the amount of free radicals decreases, the liver enzymes would become stronger. Consequently, the presence of various liver diseases can be eradicated.

By including Schisandra Chinensis in your diet, you will have a strong ally in a fight against inflammation!

Organic Schisandra is helpful for maintaining the cardiovascular system, as it helps to increase the blood flow to the muscles, brains, and other parts of the body. People suffering from hypertension should avoid these organic berries. Pregnant and breast feeding mothers should also not consider it as a suitable medicine or supplement.

However, the general public can consume organic Schisandra, because it is non-toxic for a healthy person. Till date, there are no complications or side effects are reported, but still, consulting an herbalist is recommended.