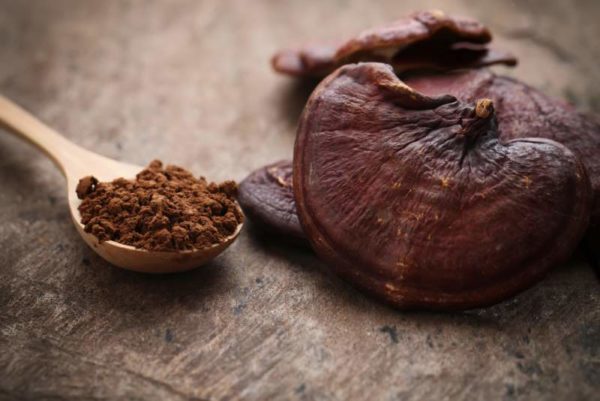 Reishi mushroom is a special type of the fungus that exists in six different colors but the most commonly known is a red colored reishi mushroom or scientifically as Ganoderma lucidum.

The mushroom is best known for its health benefits. Reishi mushrooms are available in every form, from fresh to dry powdered, and from extract powder supplements in capsule form to mushroom tea and even coffee.

Even though it was originally cultivated only in China and Japan, because of its many health benefits, Reishi is now cultivated commercially in my countries.

Reishi mushrooms have a bitter taste and are woody in texture, but it’s rarely eaten raw because of its bitter taste.

Many people who buy dry Reishi mushrooms use it to make tea for gaining incredible health benefits. Reishi is also used for both cooking and therapeutic purposes. It is bitter in taste though, but it is used in salads and the soups.

The mushroom has been cultivated for about 2,000 years because of the many superb health benefits of reishi. The mushroom contains a large variety of the important components. Like the major portion of the mushrooms are composed of water and other important components are sodium, potassium, minerals, vitamins, carbohydrates (including chitin) and fats.

The reishi mushrooms are quite rare in nature. There is a need to improve their cultivation because of a variety of its health benefits. The mushrooms are mainly connected with increasing immunity of the body and for cancer prevention.

It also helps in reducing the risk of cardiovascular diseases by lowering the blood cholesterol level. Reishi also acts as an antioxidant and is helpful in preventing diabetes. It is observed in both human and the animals that the mushrooms are very helpful in reducing the risk of cancer by preventing the cloned cell formation. It is also considered to be beneficial in fighting off viral infections.