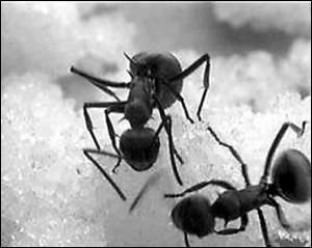 Ginseng may be the King of Herbs, but Ant is the Herb of Kings

Everyone has heard of the super strength of the lowly ant. Able to lift up to 400 times their own weight and being able to pull up to 1700 times that weight, they are one of the strongest creatures per pound on the planet. Imagine a person that could lift a truck! Now imagine tapping into that strength. Even if you don’t believe in the supposed ‘magic’ of borrowing energy, the benefits of consuming this precious source of health are many and profound.

Polyrhachis Ant has been used in Chinese herbalism for centuries and was once the province of emperors and noblemen only. They used this tonic herb to increase sexual vitality and slow down the aging process. Today in China and other Asian countries, as they’re ancient ancestors once did, the people use Polyrhachis to develop, perpetuate and elongate their health by rebuilding Qi, nurturing the blood and expanding vitality with a direct effect on the libido. Thus, overall, Polyrhachis vicina can help us establish and grow radiantly healthy by the day. 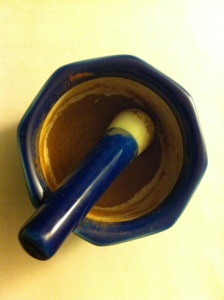 Ants are nutritious beyond belief. They contain high levels of vitamins B1, B2, B12, D, and E. Also, 67% of the dry weight of Polyrhachis vicina is protein and provides 8 essential amino acids. Mineral content includes calcium, phosphorus, iron, manganese, selenium and the highest amount of zinc among all living organisms. Zinc is an “essential trace element” because very small amounts are required for the day-to-day functioning of the human animal. It is used for the proper growth and maintenance of the human body. Also, studies have found that normal levels of this essential mineral greatly help in disallowing the common cold to compromise the immune system.

Please Note: We have found at Lost Empire Herbs that the purported high levels of Zinc to be a fictitious thing in the different ant sources we have sourced for possible sale or even the stuff we currently sell. We have also found that other companies ant products are also lacking in zinc even when it is being promoted. Because of this, we no longer promote Ant as having high Zinc levels. This does not mean that the Polyrhachis vicina is necessary lacking in Zinc. It could just mean that we and others have not found a ‘true’ source of this product. The growing conditions are everything and, traditionally, ants were collected which made their nests around old, wild ginseng plants. Additionally, most Ants sold on the market place are probably cultivated themselves and not wild and this too will play a part in the end products nutritional makeup. We at Lost Empire Herbs will continue to find the best Ant we can to provide the most nutrition to our customers. We just want you to know that we are not trying to falsely market you into buying something from us. We do not believe we have to lie to make quality products. The quality of the products should speak for themselves (updated: February 5, 2017).

Aldehyde compounds combined with other co-factors in Polyrhachis Ant have been found to produce a greater tonic action than ginseng. Those same benefits of ginseng, such as its effects on stress-mediation and its ability to limit the loss of athletic performance, are of note for anyone desiring improved physical capabilities and expanded mental acuity.

The greatest natural ability of Polyrhachis Ant on the human system is that it is believed to amplify the quantity of DNA and RNA present within the human cells. This helps to pump the brakes on the aging process. It also assists in the regeneration of cells so recovering from extreme physical activities or attacks on our immune system take place on a much quicker timescale. The high quantity of ATP in black ant additionally provides direct energy to human cells and is part of the reason for the immediate pick up in energy levels after its consumption.

Finally, a strong multi-directional immunoregulatory action comes with the frequent ingestion of black ant. Its adaptogenic abilities help up-regulate the immune system to fight off viruses and toxin-producing bacteria’s. Studies have shown that lymphocyte production greatly increases when microbial invaders are present and Polyrhachis ant favorably promotes this assembly. It can also be used by an individual to maintain an already powerful immune system. At the same time, any over-stimulated system will be moderated for anyone prone to autoimmune reactions.

As is evident, black ant is a superior tonic herb and can be used throughout an individual’s life without fear of any significant side effects. If there are any side effects, it is advised to discontinue use for a few days then try again. Most symptoms will not repeat themselves. This is why ant is especially good for general consumption. When combined with a healthy living style, the full benefits of these amazing creatures are allowed to flourish and extreme health can be realized.

Our 100% Polyrhachis vicina Black Ant is a 10:1 extract and is made of wild-collected ant cultivated collected from Guangxi province in China. If you wish to stray from the overbearing chemical-laden path our civilization is heading towards, this tonic of the ancients is a sure way to stay at the top of your game, whether it’s in sports, education or professional work.