Polyrhachis ant extract is a natural supplement used by people of China for many centuries. Despite the fact that there are more than 450 ants species, only Polyrhachis has been officially approved by the China Ministry of Public Health. Studies have shown that Polyrhachis Ant Extract contains eight amino acids which have a direct influence on energy levels and endurance. Besides amino acids, this supplement is rich in iron, calcium, vitamins B12, B2 and B1, as well as zinc. The good news for those looking to increase or maintain their muscle mass is that Polyrhachis Ant Extract contains around 67% of protein. 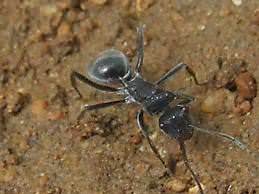 Deeper analysis revealed that ant extract also contains some hormones and steroid-like substances in traces, superoxide dismutase which is considered to be a very strong antioxidant and adenosine triphosphate, in charge of energy transfer. Furthermore, anti-inflammatory properties come from Polyrhacitide and Polyrhacitide, as indicated by a German research in 2009.

This type of ant extract comes from Polyrhachis ants caught in their natural habitat, the wilderness of Asia. Many who enjoy Ginseng are aware of its benefits, but ant extract provides even stronger effect which is why it’s called the Herb of Kings. For this and other reasons, ant extract belongs to the same group of tonics like Astragalus, Reishi Mushrooms and Ginseng. Some of the most prominent benefits of Polyrhachis Ant Extract are increased vitality, better circulation and replenished QI. It is known to regulate yin and yang, has anti-aging properties and improves sexual function through increased libido and fertility. It is likewise useful in those suffering from insomnia, stress and constipation.

From the scientific point of view, Polyrhachis Ant Extract is in charge of increasing the amount of DNA and RNA in human cells, which is one of the most powerful ways to slow down ageing and speed up tissue rejuvenation. It is used in more serious conditions, like hepatitis B, by fortifying the immune reaction.