Your immune system. There is a whole lot that goes into the amazing functioning of the human body to fight off invaders and more (despite what the FDA thinks…).

But in this article, I want to keep it a bit simpler than that and give another frame that may be useful in thinking about immune health. And that is as far as time-frame is concerned.

In the short term we might think in terms of a specific invader, a pathogen such as a virus or bacteria that is attacking you. We can think about this in terms of Germ Theory. Here we identify the germ such as a bad bacteria or virus and thus we want to use something that is specifically antibacterial or antiviral to deal with it.

Thus, for short term immunity we can talk about two things. There is prevention in which the invaders cannot get a foothold in your system. This is ideal and related to the longer term functions!

And if such invaders do get a foothold in your system your body then needs a short-term response in order to mobilize and fight off the infection.

All of this can happen in a matter of days.

It certainly depends on which invaders we’re talking about but Elderberry is something that we offer at Lost Empire Herbs that I think best fits into this category. Studies have shown that it may help stop people from getting sick from the common cold in the first place, and if they do lessen the intensity and duration of symptoms. 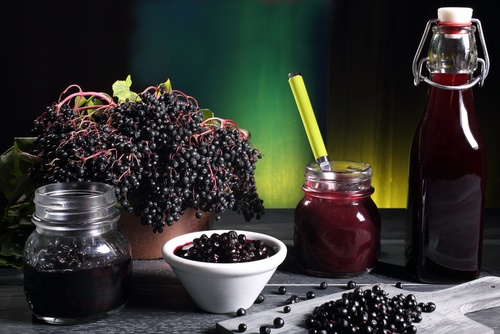 As compared to short term with Germ Theory, for medium term immune system response it may be best to think in terms of Terrain Theory.

This actually is super important for prevention. If your terrain is such that an invader cannot get a foothold than you’re not likely to get sick in the first place. In that way you get short-term benefits.

But you don’t change the terrain overnight! You can think of this in terms of gardening or ecology. It can take weeks or months to setup the terrain for what you want. (For big projects sometimes much longer…which is why Terrain Theory applies to the long term too.)

Some of the other systems of the human body may more strongly come into play here. Inflammation and oxidation are important. Nervous system and hormones too both of which are involved in your stress response.

Our best offering in this regard is our new Chiron Immunity Tincture. It is a well-rounded formula meant to make your body more adaptable, specifically in the immune system. It’s to help upgrade the terrain that is your body.

Let’s use an example of one of the herbs in Chiron, Elecampane. According to classic usage, Elecampane appears to be best with more sustained use rather than acute conditions. One example of this may be a cough that lingers. Have you ever been sick before and had a cough that just wouldn’t go away even a month later? Here we need to strengthen the lungs, in other words to rebuild the terrain, to change things. And that is something Elecampane is great for.

Long Term Immunity (Months to Years and Beyond…)

When we’re talking about long term I’m thinking about chronic issues and disease. Most notably here are two things: cancer and autoimmunity.

For autoimmunity, for whatever reason, your immune system is confused. While it normally attacks invaders, here it has identified your own cells as ‘the bad guys’ and wages war.

Understand that this is a complex thing that may have a wide variety of causes. Diet is pretty much always implicated (certain cross-reactive foods getting through a leaky gut). Microbiome dysfunction. Viruses that are embedded in your system (herpes, Epstein-Barr, HIV, etc.) that can lay dormant or flare up may also be implicated in at least some cases. And of course, the wide variety of disruptive chemicals, heavy metals and more in our environment causing all sorts of downstream effects.

For cancer, understand that cells going cancerous is a regular and natural occurrence. We all have cancerous cells within us! If things are functioning optimally these will be identified by the immune system and taken out (apoptosis aka programmed cell death). It is when the cancerous process is allowed to go on that eventually we arrive at tumors and a cancer diagnosis.

Many of the same culprits discussed for autoimmunity are also involved within cancer just in a variety of different and complex ways.

In my mind, the medicinal mushrooms are extremely helpful here. They help to build immune system intelligence.

While each mushroom is great in its own unique ways, for this I especially like Mushroom Alchemy. There is some evidence that the synergistic blend of mushrooms may have even greater effects. At the very least, it will be broader spectrum in that each mushroom does slightly different things. 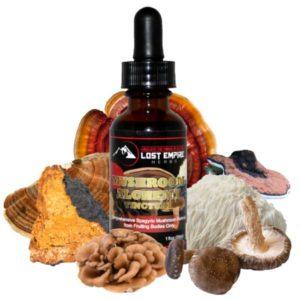 Understand a Multi-Layered Approach to Immunity

This timeframe approach to immunity may help you to better understand your needs and thus what herbs support you. All of the above is definitely overly simplified but used to help instill these ideas.

This may be why we see some poor reviews for Mushroom Alchemy because of some misunderstanding of how best to use different herbs and formulas and thus expectations unfulfilled. Margie said, “I was taking this to build up my immune system and I’m sick. That was after one whole bottle but I’m on my second one now. It tastes horrible!”

While we have some people reporting immediate benefits, the mushrooms are often more subtle in their effects. They’re not likely to help you to deal with the acute cold you have now. Compare thgat review to this one from Kahroliné di Passero. “I love this mushroom alchemy tincture! From the first day it began working (this after almost a year taking an inferior mushroom blend from some other company). It’s been a couple months now, and I feel as though I couldn’t get sick even if I wanted to! My skin feel more taut and clearer as well!”

The best results come from taking medicinal mushrooms long term. I’ve been taking them for over a decade now and I wouldn’t have it any other way. And I use that short and medium term support as needed too.