This post contains two questions around the topic of He Shou Wu, estrogen and phytoestrogens. Here’s the first one:

“How can He-Sho-wu both modulate estrogen and help men? I know a bit about He-Sho-wu as I’ve been researching it for a few months, I know it doesn’t actually contain estrogen. I’m interested in your product but I’m trying to figure out if it will work for my reasons for purchasing.  I need to know how the herb can both modulate estrogen and help men with sexual health? Wouldn’t modulation of estrogen be counterproductive for a male to take it for sexual health? It seems like that would decrease testosterone?”
Cally

Modulation means changing, as in it could go up or down.

And estrogen is actually important for men, including for sexual health! The amount matters. Yes, many guys are estrogen dominant, but some also have too low. This article, Estrogen for Men, contains more on the subject.

The interesting thing about estrogen for men is that too high or too low estrogen can both lead to low libido and diminished sexual function. Most people don’t recognize that fact.

There are many other benefits to estrogen like neuroprotection as well.

Like “all phytoestrogens are bad” the idea that “men need to avoid estrogen like the plague” is wrong.

But is this even He Shou Wu’s main method of action? A review of the literature dug up a few things.

This study looked at He Shou Wu (Polygonum multiflora) and hypoglycemia. It identified 38 metabolic pathways…only one of which was the estrogen signaling pathway. (Prolactin was a different hormonal one.) 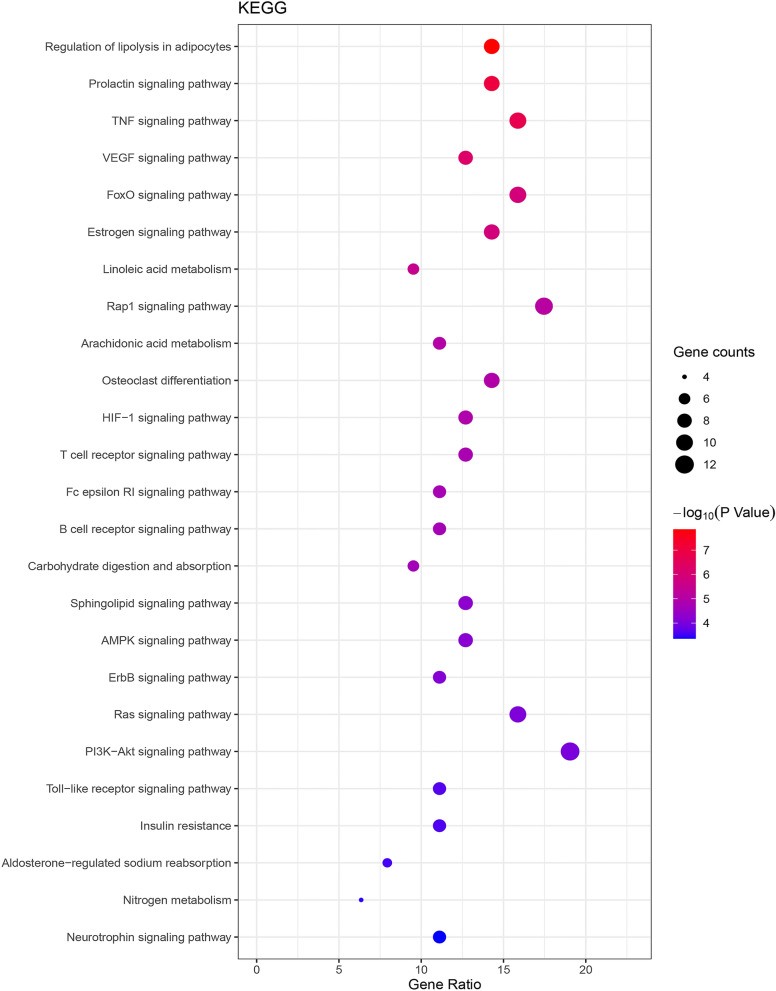 Another study looked at five herbs promoting estrogen biosynthesis in a tumor cell line. He Shou Wu did not do so in statistically significant way.

This study looked at a similar group of herbs, specifically cytotoxicity of tumor cell lines due to the estrogenic action of the herbs. Here He Shou Wu again showed some action here.

And lastly, another survey of 32 Chinese herbs to look at efficacy in menopausal symptoms. This “was assessed using a recombinant yeast system with both a human estrogen receptor expression plasmid and a reporter plasmid.” In my estimation, what that means is that it likely doesn’t have much carryover to your health. Yet here again, He Shou Wu was shown to have weak estrogenic action.

I’ll use that last study as an example to just how “weak” the estrogenic action is. In this and the other studies, the main estrogen, estradiol is used as the control with a value of one. He Shou Wu’s estrogenic action had a relative strength of 2.87 x 10(-4) or 0.000214. Weak indeed!

That’s the extent of what I could find in a quick scientific literature search on the subject.

I want to reiterate that this is not the main action of He Shou Wu. Its main ways of supporting health are in ways outside of the endocrine system.

Let’s move onto the second question:

“From what I saw on the website, he shou wou is prepared in a sort of black soybean stew, and people avoid soy because it has a high level of phytoestrogens and I think it may slow thyroid function, do you think the prepared he shou wou might have these same issues when taken?”
Anonymous

This is in alignment with the recent article on Are Phytoestrogens Dangerous or Healthy?

Now, here is the unanswered question. Is the weak estrogenic action already described from the He Shou Wu roots themselves, or is this coming from the fact that He Shou Wu is traditionally prepared by being cooked in black soy bean soup? Raw or unprepared He Shou Wu is generally not recommended, as it can be a strong laxative. Furthermore, this preparation helps to decrease the levels of anthraquinones like emodin while increasing others like stilbenes that are present in the raw roots. In Chinese medicine prepared is almost always used, and in cases where raw is used it is considered a wholly different herb.

So do He Shou Wu roots contain their own phyto-estrogens?

I couldn’t find any evidence of this. None of the compounds inside of He Shou Wu that I looked at, including TSG, stilbenes, polydatin, resveratrol, emodin, physion, rhaponticin, and many others, (large list found here) are phytoestrogens.

Not one of them.

This leads me to believe, though I am open to new evidence, that the preparation process lends some from the soy isoflavones to He Shou Wu. That is where the weak estrogenic action comes from.

That’s my guess. It could be proved out by looking for soy isoflavones like genistein in a finished extract. Maybe we’ll do that with ours at some point.

In any case, this is a tiny amount. You’d honestly get vastly more phytoestrogens from eating a handful of any nuts or seeds compared to a teaspoon of the extract powder. Yes, all nuts and seeds contain phytoestrogens. Beer has them. Apples have them. Coffee has them. They’re way more common than you think.

Therefore, taking He Shou Wu is a far cry from eating a Tofurky.

I would say the same thing for the thyroid or goitrogen effect of soy. Negative effects to the thyroid tend to be seen with heavy soy diets (soy milk, tofu, fake meat products, etc.) or other goitrogens. The amount you’ll get from He Shou Wu is likely next to nothing. If you have major problems with your thyroid then maybe this worth avoiding, otherwise the majority of people will be fine.

I’ve been taking He Shou Wu almost every day for the past many years. Clearly, I’m not afraid of these supposedly negative effects. And I don’t think any man should be either. That being said, you must experiment and find what works for you. I love He Shou Wu. I’m going to keep taking it. You get to make your own choices.

If you have any other questions or comments on the topic, be sure to ask below.

Here are a couple other He Shou Wu deep dive articles you may be interested in: