In 2002, the International Journal of Obesity published a paper: Beneficial effects of tea catechins on diet-induced obesity: stimulation of lipid catabolism in the liver.

“We investigated the effects of long-term feeding with tea catechins, which are naturally occurring polyphenolic compounds widely consumed in Asian countries”

After an 11 month study the results showed: Supplementation with tea catechins resulted in a significant reduction of high-fat diet-induced body weight gain, visceral and liver fat accumulation, and the development of hyperinsulinemia and hyperleptinemia. Feeding with tea catechins for 1 month significantly increased acyl-CoA oxidase and medium chain acyl-CoA dehydrogenase mRNA expression as well as.

Another study found that high levels of liver fat has been found to give a better indication of disease-risk than that of visceral fat (body fat). While the two are closely linked, reduction of liver fat is more important for metabolic strength and health than reducing fat levels across the body. This is because the liver is such a vital organ in the body, used to clean your blood of all toxic materials and produce bile for proper absorption of nutrients. Even though the liver is the most adaptable of all organs, being able to regenerate from damage or removal of all but 15%-20% of its original mass, liver fat is an indicator that this vital organs ability to cope with the stress placed upon it is falling fast. If you have liver fat (if you drink alcohol, are overweight, don’t get healthy sleep, or eat bad sugar/trans fatty acids your chances are higher), reducing it is paramount to achieving vibrant health. 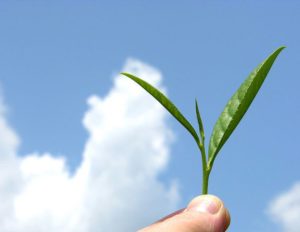 Camellia Sinensis (Green Tea) Pollen is also loaded with catechins that make it a natural liver detoxifier. Detoxing your liver is important because the liver is the body’s major organ of detoxification. Thus, it has a naturally occurring tendency to build up toxins in its tissues, especially when exposure to toxins is higher than normal, like residency in our ever growing cities with all the associated pollution tends to be. Removing this buildup will rebalance its regulatory role in keeping an individual free from harmful substances and promote a greater well-being in the whole organism.

While Green Tea Pollen has the same catechins found in the leaves used for teas, it also possesses many vital minerals and vitamins along with cofactors to allow proper absorption by the digestive system.