Make sure you read part one for details on why wheat and other grains are best avoided, if not completely. That gives a good background before we detail here some of the steps you can take in that direction.

Take a look at your diet. How much wheat is in there currently?

What I personally found was that I was naturally transitioning away from wheat just as I sought a healthier diet. Then when I found out I was genetically sensitive to gluten I made a bigger and more dramatic shift.

It took some effort. Like I said, wheat is in almost everything. Take a look at the ingredients of most packaged foods and you’ll see it in there. It’s also hidden in lots of things. To completely avoid it you must be very careful. Eating out takes additional skill, when you learn things like some sushi restaurants rolls their rice in wheat flour for additional stickiness. 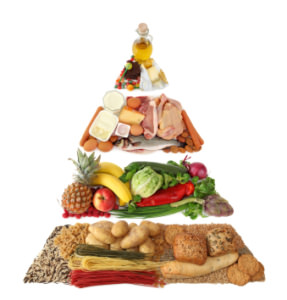 Many people ask what do you eat if you eliminate grains. There are still so many other options available.

Because of my natural avoidance of wheat most of the time, I didn’t feel I had an addiction to it. This is a problem many must face though.

For me, it involved making some substitutions. In fact, the toughest part was stopping drinking beer. Since all beer is made with barley, a glutenous grain, and I really enjoy a quality beer, this was the hardest part for me. (By the way, I tried all the gluten free beers and didn’t like any of them.) So when I drink now its either wine, cider or mead.

Testing the Effects for Yourself

I propose you give this a test to find out just what avoiding gluten and/or grains can do for you. As I mentioned I ended up doing genetic testing because I wanted to be sure one way or another, but the following can be done for free. All it takes is a little time and effort.

Set a goal to go a week without any grain. If that seems impossible you can eat some of the “better” grains like rice and quinoa, which have fewer problems, but avoid anything with gluten for sure.

This is a great way to test how you feel. Do you notice any benefits? Remember that these can be widespread from less brain fog, better digestion, less joint pain, and many others.

For me, even though I had already done so much for my health by working out, eating fairly healthy, taking our herbs and reaching some level of “Radiant Health”, I did see more improvement.

I apologize if you think this goes into the realm of too much information, but I need to share my results with you.

It wasn’t dramatic, but for a long time I always seemed to have gas. When I ate dinner, it didn’t matter what I ate, whether I followed proper food combining, ate a vegetarian meal only or anything else. I always farted. My digestion just couldn’t handle the food and this was likely because of some level of a leaky gut, although not so bad it caused what would be labeled as a disease.

Now, I have far less gas. Depending on what I eat I still sometimes have it (for instance my body does not like beans at all), but it’s not always like it was. That was the biggest benefit that I noticed.

Some benefits will be felt within a couple days. Other ones will take several weeks or even months to come up.

Once you’ve run this test for yourself, you know whether this is something worth doing or not in the long run.

(I would keep in mind that this does depend on how well in-tune you are with your body to notice whether you feel better or not.)

Remember this. While you may not have problems with gluten itself, wheat and other grains have other issues and are not an ideal food.

One Grain at a Time – Next Up Corn

If you make this transition you can then figure out what your next step should be. In my study of what you can do to make habits stick it is often recommended to take just a small step at a time.

Therefore, I went traditionally gluten-free first. That’s a fairly big step for most. But if you do that and turn it into how you normally eat then it no longer takes willpower to do. Now you can move onto the next thing.

So when I went gluten free that meant that occasionally I still ate some of the “comfort foods” of packaged gluten-free foods. Doing so you can still eat pizza and cookies.

But after several months of doing this I decided to move onto the next thing, to eliminate corn completely from my diet. First of all, corn is actually a grain, not a vegetable as many people think it is. 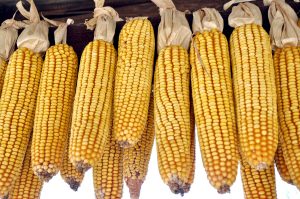 While wheat is the first grain that should be avoided, corn is probably the second.

It is another food that is found in the majority of packaged foods out there in various ways like high fructose corn syrup, corn starch and more.

It also has lots of health issues with it. The majority of corn out there is a GMO product. It was engineered with bacteria genes to be able to produce its own glyphosate and absorb more of it. This is the primary chemical found in Monsanto’s Roundup, hence the name Roundup Ready Corn. This pesticide is designed to cause insects stomachs to burst when eaten. To think this poison wouldn’t have any effect on humans is ludicrous.

One of the problems of this corn is that the DNA in it can displace the DNA in your gut microflora. Then you’re actually producing your own Roundup! As for the side effects of this there is a long list: birth defects, estrogen dominance, heart disease, depression, autism, cancer, etc.

By buying organic corn, you can avoid this.

However, my problem was Mexican restaurants. I love Mexican food. We’ve got a lot of quality places here in Santa Cruz, California. I love salsa and guacamole and a chip is the perfect vehicle to deliver those into your mouth. If you’re just “traditionally gluten-free” you can enjoy all the corn chips and tortillas you want, instead of using flour. However, when you eat at these 99% of restaurants it means you have GMO corn.

The truth is that GMO corn is likely every bit as bad as the majority of wheat out there. Best to cut it out completely at least for the time. Then if you want re-introduce the organic varieties back into your diet later, like a whole ear of corn once in awhile, feel free to test how that works for you.

Remember that one of the largest problems with grain, because of glutens and lectins, is how they cause intestinal permeability. One of the functions of this is that you won’t be able to digest any foods or supplements as well.

So if your gut is repaired by reducing the amount of attacks on it, you should be able to absorb your supplements and your food much better. Because its really not about what you take, but what your body can absorb and utilize.

As an extra tip something else that can help to heal the gut is the addition of probiotics and also the amino acid l-glutamine taken in large doses (up to 8 grams a day!).

As I’ve mentioned a few times, this is something you need to experiment with for yourself. By always experimenting with your diets and different supplements including herbs, you can fine tune your health and find what works best for you to keep you healthy and at a high level of performance.