Glyphosate, better known by its trade name Roundup®, has been in the news a lot lately, losing case after case for causing cancer.

Bayer, who recently bought Monsanto the makers of Roundup, are suffering for this. 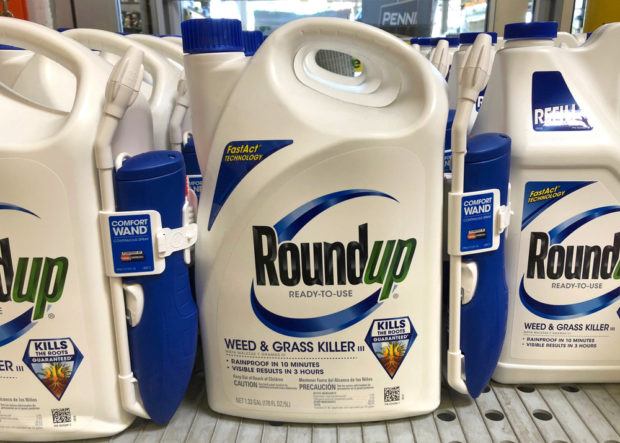 The mechanism by which glyphosate kills plants is through the binding and inhibition of the activity of the enzyme EPSPS. The EPSPS enzyme acts at the beginning of the shikimate pathway. Animals don’t have this pathway…but bacteria do, which is one way that glyphosate negatively affects humans, because of our microbiome.

But it is not on the microbiome I want to focus on today.

Instead, a new research paper, “Glyphosate and the key characteristics of an endocrine disruptor: A Review” was just a few months ago.

Hormones being one of the main topics of interest at Lost Empire, I thought this was worth sharing with you.

Why is this important?

Glyphosate is the most used agricultural chemical of all time according to 2016 research. These numbers are so big it is hard to wrap your mind around them. Across the world from its introduction in 1974 to 2016, 9.4 million tons have been used.

That’s 18.8 billion pounds. That’s enough to spray half a pound on every cultivated acre of land in the world.

The main crops it is used on are corn, soy, canola and sugar beets. These industrial crops are then used in almost every processed food out there.

This research paper goes deep into the technical details of how glyphosate acts as an endocrine disruptor. But I’ll skip right to the summary.

Mechanistic data showed that glyphosate exhibited eight of the ten [key characteristics] of an EDC: glyphosate

Thus, it can be concluded that glyphosate behaves like an EDC by altering hormonal activity which induces defects in the reproductive process and progeny. However, new prospective studies in humans are needed in order to confirm these conclusions.

Better yet, a picture quickly summarizes most of this:

The fact that it has epigenetic effects, meaning not just you’ll suffer but your children and grandchildren could, is the most chilling finding.

But this is MORE than enough evidence to try to avoid glyphosate completely.

Sadly, it is everywhere, including the ground water and air. There is good news though. Most exposure is from food and you can do plenty to minimize it. Eating organic is the simplest and biggest step. This automatically means avoiding GMO crops which are “Roundup-Ready.”

Again, this is one industrial and agricultural chemical of many to be aware of. Minimize them all and you’ll be better off.

Better living through chemistry was a lie, or at best just a failed ideology. We know this much now.

Let nature support you instead.

We believe that herbs such as Pine Pollen can help to support your hormone system acting as it ideally should.

We believe that herbs like Shilajit and Schisandra can help your body to better operate its detox channels for today’s toxic world.

That and never believe a word coming from the mouth’s of Monsanto/Bayer or companies like them.