For about a century we’ve been told we’re chemical beings. The rise of pharmacology went on to say that this is the only thing that matters.

But it’s not true, at least not the full truth.

We are just as much electrical beings.

“Electromagnetic frequencies” are a significant grouping of many different things. The light you see through your eyes is in this range. The warmth you feel from the sun, or any heat source is as well.

Many human-made chemicals are horrible for us. Hopefully, you read the recent article on BPA in plastics. (Part two on the other horrors of plastic is coming soon.)

Just as much, human-made EMF’s may be hurting us.

I know, I know this gets into controversial territory.

You can’t see it. You can’t feel it. So, most people are content to think it doesn’t exist.

I was bummed to see on Better Call Saul, that they made Chuck McGill’s condition into a purely psychosomatic one.

But the research (not the industry bought research, but that done by independents) clearly shows there are some risks.

You’ve probably heard of some of the dangers.

In a review of the research done so far, Myung Gye and Chan Park state:

“Through in vitro and in vivo studies, EMF exposure was found to alter the reproductive endocrine hormones, gonadal function, embryonic development, pregnancy, and fetal development. These effects were different according to the frequency, duration of exposure, and strength of EMFs. Humans in modern society cannot avoid various kinds of EMFs during household and occupational activities, but should be aware of the biological hazard of EMFs. The effort to avoid EMF exposure and techniques to protect or relieve EMF radiation are required to preserve our reproductive potential.”1

The following chart, from that same review, showcases what the research points to: 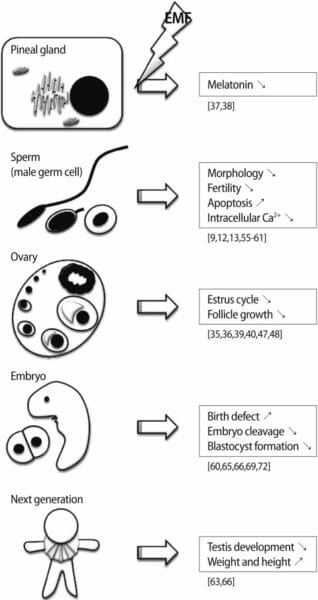 Like the tobacco industry, like the plastic industry, they’re fighting tooth and nail to say this isn’t a problem.

But even the WHO, World Health Organization, has stated that radio-frequency electromagnetic radiation (such as comes from cell phones and WiFi routers) is “possibly carcinogenic.”

Like a Swedish study which found those with highest cordless or cell phones use having as much as three times the likelihood for brain cancer.2

And no, it’s not the worst thing in the world. Some people may well not be affected at all. But how would you know for sure?

Chances are you want to stack the deck in your favor. That means eating healthy, exercise, taking herbs…and protecting yourself from EMF’s.

Trying to get away from and limit the worst offenders is the best starting place.

Secondly, there are some technologies that can help. What if you could fight EMF’s with EMF’s?

Unlike so many passive devices the Blushield Active EMF Protection Technology creates a coherent field that your body will tune into, better than the incoherent one’s produced by most technology. 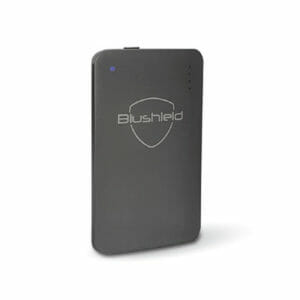 In a few days, we’ll dive into the research showing these devices working.

This is a personal endorsement. I’ve got a plug-in for my home, a portable to take with me, and we have the cube running at the Lost Empire offices now.

Note: We do get a commission if you choose to buy these devices. We are a for profit business after all. Just know that we wouldn’t recommend these products if we weren’t using them ourselves and didn’t believe in them.