I’ve discussed many times how the quality of the water you drink is extremely important to your health.

Almost everyone talks about what kind of filters to use, but I skipped past all that and went straight to a source, a fresh spring as detailed in Upgrade Your Water.

In Santa Cruz, California there’s a local spring where the water flows straight out of the mountainside. I’ve been drinking this water, almost exclusively for a number of years after originally finding it on FindASpring.com.

When it comes to filters, size matters. The materials in that filter do too. I like to think of the mountain, with deep water aquifers, as a very, very large filter. 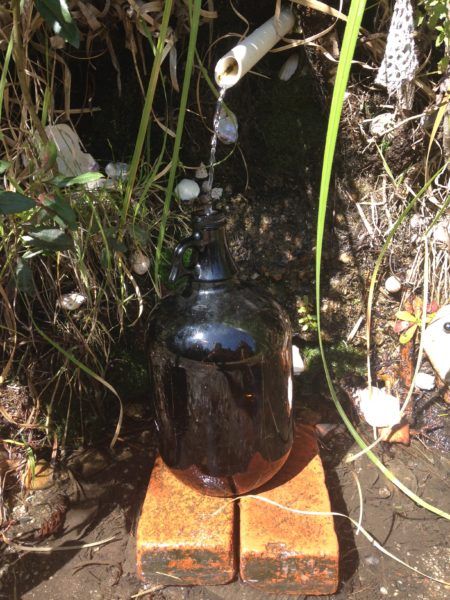 Alas, recently I found out about a potential problem with such when I had the water tested.

I used a website I found called MyTapScore.com to order a test.

Here is the link to the test results when I had this water tested using a very comprehensive (and quite expensive) test.

No heavy metals. No fluoride. No pesticides.

There’s a very long list of pesticides and so much more that wasn’t present. 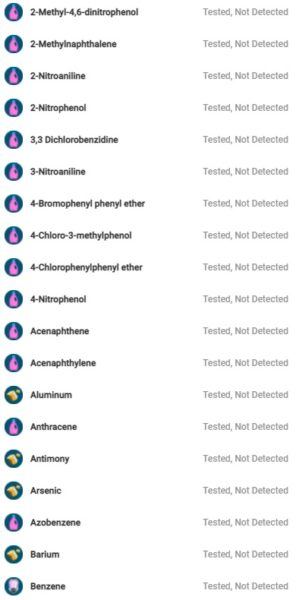 The water also turned out to be high in silica which is a great thing, as I recently saw some studies (here and here) showing that silica-rich water facilitates the removal of aluminum and slows cognitive decline.

Everything looked good except for two things.

I’ll mention that the report also shows a “negative” of total coliform bacteria.

But this test also went specifically for E. coli bacteria which came back later.

So this “negative” wasn’t actually negative. Unfortunately, the same couldn’t be said for the next point.

Radon came back positive with 6160 pCi/L. This cancer-causing radioactive element is measured in picocuries per liter (a curie being a measure of radioactive decay). 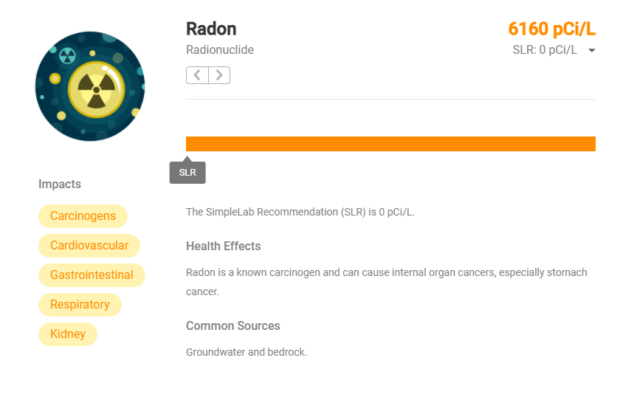 Unfortunately, radon can be commonly found in groundwater and bedrock, meaning it can come from natural sources.

They pointed me to the CDC website, which in this case, had a helpful article on the topic.

It turns out that most radon can be removed with an activated carbon filter. (Aeration can also do so, but that is not as readily available).

After a single run through a carbon filter the Radon was significantly reduced from 6160 to 57.3 pCi/L. 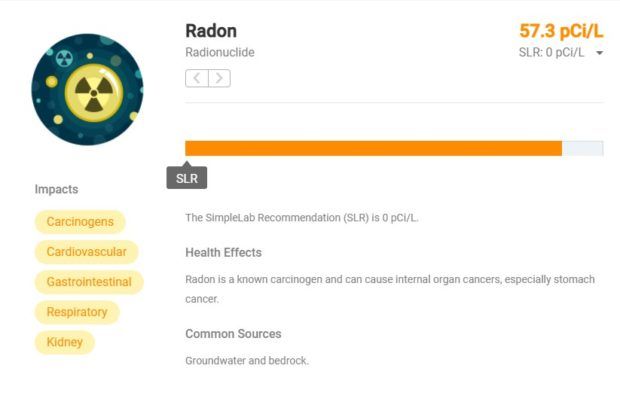 This still is higher than the ideal of zero, but is certainly better.

There does not seem to be a federal or state standard for radon specifically. In California, there is a standard for Gross Beta Activity, of under 50 pCi/L.

Interestingly enough the initial test did not find Gross Beta Activity. But a second test different test found that after filtration, the number was 8.8 pCi/L. The people at My Tap Score said that there are natural variations over time with these things that could explain that.

So I now filter my water. Of course, I’m not just sharing this to talk about my water supply.

Turns Out Radioactive Water is Common

It looks like lots of people have these issues.

I found this study that found “Activity exceeded the MRL [minimum reporting levels] of 100 pCi/L at 71.9 percent of the sites. The maximum activity identified was 25,700 pCi/L.”

And in researching this I came across an article from the Environmental Working Group (EWG) sharing their research that 170 million Americans were drinking tap water that had, not radon, but radium.

You can look at their interactive map to find your area.

That’s in many tap water supplies. And that’s not all. EWG has an extremely helpful tool showing what’s in your tap.

Here is what is in mine… 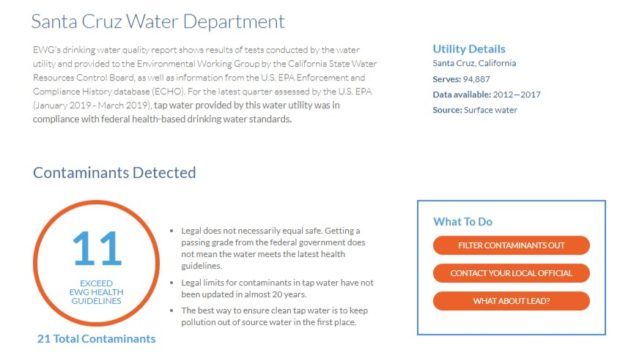 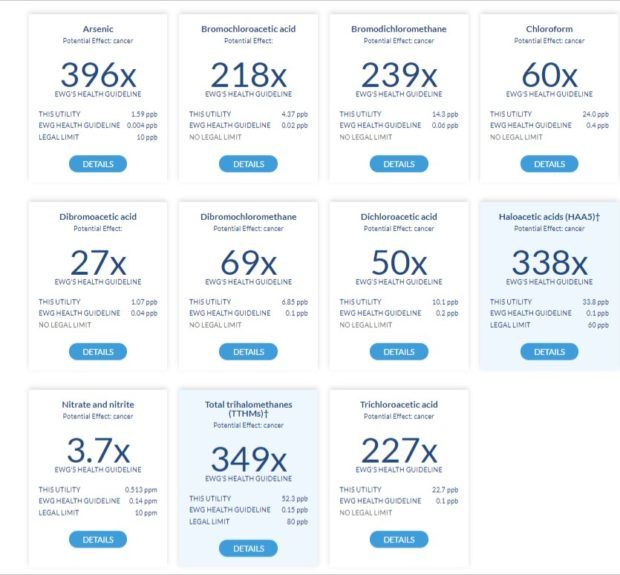 So the fact is, even unfiltered with the radon, I’d take that over what’s coming out of the tap.

Sadly the water you find in bottles may still have such contaminants. And most filters, it’s hard to say if it removes all that stuff without expensive testing.

Why do we present this information to you?

First of all, is education about one of the most important aspects of health, your hydration and the unfortunate toxicity that may come with that.

Secondly, we use this spring water in some of our tinctures, such as Goji/Schisandra and the line of Logan’s Private Reserve Spagyric Tinctures (only available for VIP members, which you’re automatically upgraded to if you order from our website three times). Even unfiltered, the dose of radon from a tincture bottle would be too small to be significant. Keep in mind I’ve been drinking liters of this stuff daily for years to compare before I was aware of the radioactivity.