We received a report on schisandra that describes most if not all of the components in this plant. This is an excellent opportunity then to discuss the importance of cofactors in our food.

The huge list of components (found at the end of this article cause it is so long!) just goes to show how incomplete our knowledge of nutrition really is. But it also helps us to recognize the importance of eating whole foods and herbs, as opposed to synthetic or isolated ones.

So what exactly is meant by cofactors?

There are a couple different definitions of this word.

In health circles, cofactors are any item in a substance that will better help you absorb or utilize another substance that is found in that item. It is highly generalized down from the clear cut definition that biochemistry uses.

As nutritional research is FAR from complete (and contradictory to boot), knowing exactly how each and every chemical in food we eat or drink is used by our bodies currently escapes our grasp.

In biochemistry, it is defined as,

a substance (other than the substrate) whose presence is essential for the activity of an enzyme. [1]

This is actually broken down into two distinct things:

Coenzymes: mostly derived from vitamins, are organic molecules that are required
by certain enzymes to carry out catalysis (cause reactions to occur faster and
require less activation energy). A coenzyme is a type of cofactor. [2][3]

Cofactors: are usually metallic ions, often classified as inorganic substances that
are required for, or increase the rate of, catalysis. Cofactor is a non-protein
chemical compound that is bound to a protein and is required for the protein’s
biological activity. These proteins are commonly enzymes, and cofactors can be
considered “helper molecules” that assist in biochemical reactions. These cofactors
appear to be super-switches for energy production and balance, growth,
development, reproduction, survival, and life extension. [2]

Both cofactors and coenzymes work as wholesale keys to activate enzymes. The enzyme is then able to complete what ever reactions it is shaped for. However, many cofactors work with non-enzyme proteins as well.

There is a easy way to tell the two apart:

Cofactors are almost always made of inorganic molecules. This means they do not have any carbon molecules in their structure.

As stated above, this means they are commonly, though not always, metals and make up a large part of the essential minerals we need to operate. This explains why mineral deficiencies effect us in such a big way as a very large amount of the processes of the body will be stymied by a lack of these ions that help a certain vital event (production, reduction or whatever the chemical process might do) to take place.

An example of a common cofactor is that of Heme, which is made up of an iron ion and surrounded by four nitrogen atoms. The heme molecule is used by the body in the protein Hemoglobin to carry oxygen throughout the body. Without this important factor, Hemoglobin is just globin, a protein structure, that cannot do absorb oxygen molecules. [2][4]

When you have low heme iron levels your ability to get oxygen to your cells is therefore compromised. This is called anemia and it has a host of negative effects on the organism.

Coenzymes are organic molecules because they contain carbon atoms. All vitamins are coenzymes or precursors to them. [5]

The best possible example of this is everyones’ favorite vitamin deficiency Scurvy. If your body runs out of Vitamin C, your connective tissue begins to unravel and you literally will fall apart over time if you cannot obtain more of the substance.

So basically, we know a lot of how vitamins and minerals effect certain enzymatic actions. They either help prevent or make possible important metabolic processes.

Without them we die.

Both cofactors and coenzymes are required for life to work in a balanced way.

Now, the following sentence is very important when talking about cofactors. All must be present in specific and appropriate ratios in order to be effective helpers of optimal metabolism and body functions. [2]

Whole foods tend to have these balanced ratios. This allows for higher absorption rates for the most part then you get from isolating one main active ingredient.

The Fallacy of Belief 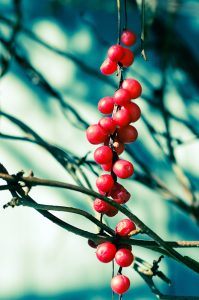 But if this is our definition of cofactors, then take a look at the data on Schisandra we have below. There is clearly a bunch of components in there that would not be classified as cofactors or coenzymes.

Are they less important then? Should they be cut out in favor of those compounds that show demonstrable activity in animals or humans?

On this very website we have these components listed on the schisandra sales page as having been found to be biologically active:

Components in schisandra, Schisandrin A, B and C have been shown to do:

A polysaccharide in schisandra, SCPP11, has been shown to have immunomodulating
properties.

Is that all the active ingredients in schisandra? Heck no!

Just because biological scientists have not found out what everything on the list below does to us humans doesn’t mean we should be taking a few of the components in this food and refining it to eat only that.

A very many people would assume just that though, the fallacy of using science as a
substitute religion.

In actuality, this just means that even today, in the modern era, we know surprisingly little of how the body actually operates at these nanoscale levels.

Sure, sometimes your body might need a lot of something at any one time, like Vitamin C if you have Scurvy, but most of the time we are not this extremely out-of-balance nutritionally.

Many, many studies show that things work better with other components of a food item. Cordycepin in the mushroom cordyceps has been shown to work better with its cofactors then as an isolate by itself. 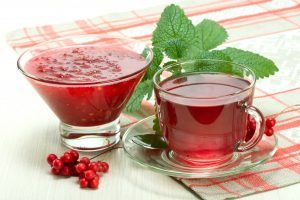 This is where the concept of whole foods becomes very important. As we evolved alongside these food items, we discovered different ways to utilize all the parts of something. We learned to process them into edible formats (cutting, cooking, fermenting, pickling, etc.). We ate them straight up and allowed the body to absorb and adapt to them as is (by epigenetics and cultivating symbiotic relationships with differing gut bacteria).

Schisandra is a prime example of a whole food. To my knowledge there are no isolates or even standardized extracts (those that are tested to make sure a certain percentage of certain bio-actively proven component[s] are in the final product) of this wonderful plant. I haven’t really checked that hard though so it would not be surprising to find one out there somewhere.

In our hubris to make everything “better” these days, let us not forget that the universal Nature we inhabit, that we are a part of, has been at this far, far longer than we have.

Be sure to check out our schisandra berry tea recipe.

So just remember, cofactors are really important and are best sourced in those foods we’ve been eating for generations. With that I turn you to the list below.

The is what is needed to make a medicinal and magical plant called Schisandra (careful this is 423 items in total!):