Home » Blog » Can Herbs be Dangerous?

A few questions around the topics of dangers and side effects, especially long term, came in:

“Can it be dangerous to use some type of herbs for a long period of time?”

“Is there any long term negative health issues from using herbs such as liver or other organ problems?”

Let me start off by saying that ANYTHING can be dangerous.

Water is essential to life. But you can also drink so much that it kills you. This is water poisoning.

If water can hurt you, even kill you, then absolutely herbs can too.

Sacrificing animals on the altar of science, many herbs are testing for something called an LD50. This stands for lethal dose 50, as in what amount is going to kill off 50% of the test subjects. Of course, this has something to do with acute toxicity, rather than long term issues. 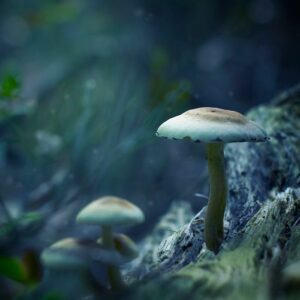 “Dosis sola facit venenum” or “only the dose makes the poison” is a saying attributed to Paracelsus, the father of toxicology, a physician, an alchemist, an astrologer and much more.

It’s the idea that the difference between a medicine and a poison lies in dosage.

This is true in the short term, where it is easy to see, but it is also true in the long term, much tougher to see.

This is one of the reasons that the Western medical system is one of the leading causes of death, through iatrogenesis. It’s not just medical errors, but often long-term side effects which aren’t easily attributable to one thing.

Other deaths are swept under the rug so to speak because the people that dare to question such things must be conspiracy theorists.

But dose makes the medicine or poison is still true of herbs, though often to a lesser degree.

Many of the herbs that we sell at Lost Empire Herbs are safe to take long-term. Medicinal mushrooms like Reishi or Chaga for instance tend to be very gentle on the body. I give them, or other herbs like them to my 4-year-old daughter pretty much every day.

In Daoist philosophy there are three classes of herbs. Superior herbs which can be taken every day for the rest of your life to support radiant health. That’s mostly what we focus on at Lost Empire Herbs. These really focus on the principle of “Do no harm.”

Then there are inferior herbs which are more medicinal in that they are used to treat specific conditions. And there is a class in between the two.

As an example Digitalis, or Foxglove, can be tremendously useful in cases of heart failure or atrial arrhythmia. But it can be dangerous to those without such conditions.

Another related topic of note is that even if there is something that is gentle, there are certain contraindications that are worth being aware of.

Shilajit is said to be one of the best anti-aging substances there is in Ayurveda and is better the more you take it over time.

But it is not good for people with gout, so should be avoided where that is the case.

There often pops up concerns regarding liver toxicity and herbs. The liver is a hugely important organ. It essentially processes all chemicals, natural or otherwise, that enter the body. This means it plays a role in the processing of herbs. If your liver is already overworked, then throwing certain herbs on top of it may not be the best bet. (Unless they’re liver supporting herbs that could actually make its job easier.)

Even in those cases, is the problem really the herbs, or would the blame better put on diet, alcohol or a variety of other things? 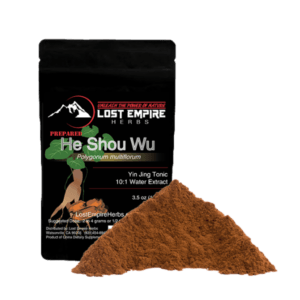 There are occasional case studies of liver toxicity in herbs, as was touched on in one of the questions. This pops up from time to time with He Shou Wu for instance. See the breakdown of all the important details here: Does He Shou Wu Damage the Liver?

While that talks about He Shou Wu, that info is relevant to some other herbs too.

I’ll wrap this up with my personal experience. I’ve been taking herbs daily for about two decades now. There are many much older than me with longer track records.

While there is always room for improvement, I am very healthy both in how I feel, how I perform, along with blood panels and various other things to back it up.

Though I will note this. I have not taken the exact same things for two decades. I switch my herbs up. Some things I take more consistently than others sure, but there always is some sort of rotation at play.

Using the precautionary principle, I think this is a good way to go. It gives a chance for your body to take a break from an herb, and go back to baseline, in whatever functions are at play. So in general, I would recommend this cycling of herbs in the long-term. (Not to be confused with the short term cycling recommended with Tongkat Ali and Pine Pollen Tincture for instance.)

There are even breaks involved in taking any and all herbs, for instance some (but not all) of the times that I’m fasting.

If you’re working with the right herbs to support your health, they should be doing so for the long haul as well.

Clearly, with our focus on herbs the goal is not to shortcut your health for some results now at the expense of your health later.