Here’s three comments, with implied questions, that came in recently. I’ve grouped them together to address the topic:

“I am having constant UTIs and the antibiotics are making it worse.”

Antibiotics are one of the true wonders of modern medicine. That is true…AND they’re vastly overused which leads to second and third order negative effects. 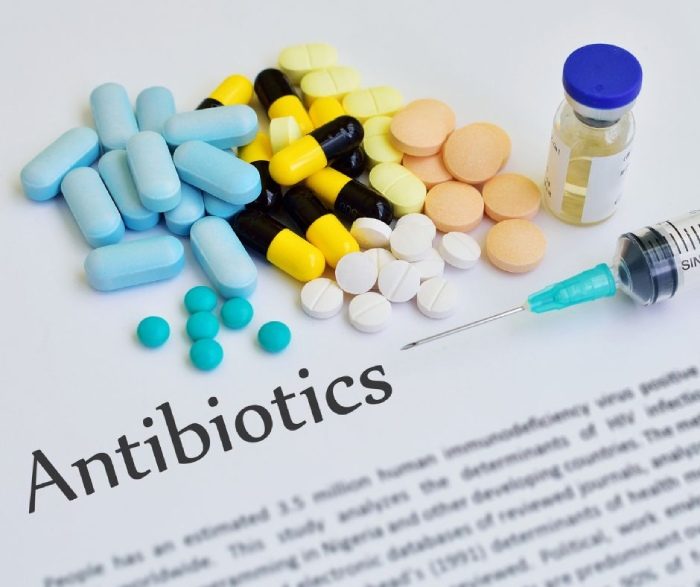 My personal opinion is that antibiotics should only be used in catastrophic or deadly situations.

It is my opinion that they shouldn’t be reached for at the first sign of an infection. (They’re often reached for when the infection is viral, not bacteria, and thus are not even indicated at all. Most sinus infections are viral, FYI.)

And antibiotics absolutely should not be used in order to fatten up livestock due to their increasing feed efficiency. Good for the bottom line, but horrible for animal and environmental health.

It’s not just because of the rise of antibiotic-resistance bugs, as they’re real-time evolving to meet the evolutionary pressures that use of antibiotics brings. That’s only one of the problems.

Did you know that when bacteria were first identified, for the first several decades of science, we thought they were ALL pathogenic. The term beneficial bacteria didn’t come around until much later.

And yet, medicine was on a locomotive track that it largely kept zooming down on.

To take antibiotics is to carpet bomb your system. Hopefully it kills off the pathogenic bacteria for which you take it, but there will be massive collateral damage to all your friendly bacteria along the way.

This alone can cause big side effects. And long-term ones too.

A single use of antibiotics in your lifetime is associated with a greater risk of type-2 diabetes for instance.

Early antibiotic use is associated with Type 1 diabetes.

That is just one disease risk. There are so many more.

So again, my opinion is antibiotics are not worth it, unless they are really worth it.

With this carpet bombing for use in sinus or urinary tract infections, while it may work in the moment, the problem is more likely to become recurrent. This is because you have even less of the good bacteria there that would normally fight off such pathogenic bacteria.

Please remember that beneficial bacteria are a huge part of your immune system in a wide variety of ways.

Just popping some probiotics after antibiotics isn’t likely to restore yourself. Did you know how many species you have in and on your body, and how few species most probiotics have? While probiotics can help, you’ll need an overall approach that is holistic.

Even then, best to avoid the carpet bombing in the first place if you can.

But please understand both sides of this issue. If a UTI makes its way up to your kidneys that could be life threatening. In that case antibiotics are warranted. But if you listen to what I’m saying here you should be able to avoid such a situation in the first place.

It’s not just the bacteria (germ theory) but about the environment (terrain theory) too. Both are important, though I would lean even more so to the later in such issues. Cleansing the areas with the use of douches for women, and use of a neti pot for all may be helpful along these lines.

There’s a reason you have to pee repeatedly when you have a UTI. Your body is trying to flush things out. Drink more water to support it in doing so.

This is also a method that certain herbs can help. Everyone has heard of cranberry juice for UTI’s, which work by the proanthocyanidins preventing bacteria from adhering to the urinary tract walls. (Would proanthocyanidins in something like Elderberry work the same way?)

As pathogenic bacteria tend to feed on sugar, lowering or eliminating sugar in the diet can be useful for stopping recurrent infections. The food source is one of the major things that allows bacteria to flourish or fall.

(That means get unsweetened cranberry juice not the sugar-cranberry water that most end up getting.)

And there are a wide variety of other herbs specifically for UTI’s, most notably uva ursi. For sinuses, black seed oil comes to mind. These can have antibacterial action, but also affect the body’s terrain in other ways.

For the urinary tract using teas is going to be the best form of delivery as the herbs will be carried there to some degree.

For the sinuses, breath herbs in. Something like an oregano essential oil could be used.

For our VIP members we also have an Usnea Spagyric Tincture available, which has been used for both urinary tract and respiratory infections, with its strong antimicrobial actions. I consider this one of my top “first aid kit” herbs. I don’t take it regularly but will use it as needed.

These are just a few ideas on the theory behind dealing with infections, what to do and what not to do. Much more could be said, but this should be a useful starting place.