Home » Andropause in Men and its Treatment with Tongkat Ali

Andropause is a condition in old age for men when they feel reductions in testosterone and other hormones. The main symptoms of this disease are a lack of energy, mental lethargy, much reduced sexual response and an increase in body fat. Men find it very costly and with serious side effects if they adopt testosterone replacement therapy. So they wish to have natural herbal therapies to get rid of this frustrating condition. 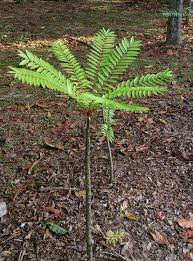 A therapeutic herb named Eurycoma Long folia jack or Tongkat Ali or Malaysian ginseng is found in Malaysian rain forests in large quantities. It is an exotic herb and is popularly used as traditional medicine to gain healthy libido. It also increases hormone levels in males.

The roots of Tongkat Ali are rich in compounds which when tested on animals resulted in muscle growth, stimulation of libido and to promote semen quality. It is considered that it happened due to increase in testosterone levels. So this root is widely in use for aphrodisiac, age related sexual incompetence and to cure symptoms of Andropause.

In another double-blind and placebo-controlled test, it was finalized that persons taking Tongkat Ali regularly once a day were with much-improved libido, penis erection and semen volume. Fat loss also occurred in some men.

Everyone who takes Tongkat Ali regularly does not want to improve fertility, but he definitely wishes to gain better normal sperm quality in its use. The gained sperm quality which is measured by the concentration of sperm, motility and also volume helps male fertility ultimately, though not desired by everyone.

Study shows that in a group of 75 persons who took Tongkat regularly as prescribed reported significant improvements in respect of sperm quality and it lasted for several months thereafter. It was also reported that approximately 15% participants were responsible for new pregnancies.

How to supplement with Tongkat Ali

Consider few things in supplementing the Tongkat Ali herb. A lot of fake herbs for sexual disorder treatments are available in a market and on unreliable online shops at cheaper rates, luring the already frustrated persons. So, ensure you get the real herb and never get scammed.

In 2006, Drug Control Authorities of Malaysia tested almost 100 products which contained Tongkat Ali. It was found that almost 26% products had insane levels of mercury in it. So it is further emphasized that always purchase the herbal products from genuine suppliers with long standing reputation for supplying good quality drugs.

It can be inferred that aging persons who find symptoms of Andropause must start thinking about taking Tongkat Ali herb. Its regular intake always provides positive results and it has no side effects. For better and quick results, go for regular exercise and healthy diet along with herbal support.