Rhodiola is a herb that has been traditionally used in Russia and Scandinavia for centuries.

You may have heard of Rhodiola and how it works to support brain health, but did you know that it has a variety of other benefits?

In this article, we’ll review the benefits of Rhodiola and how you can add it to your diet.

Rhodiola is a plant that grows in the far northern reaches of the world.

The scientific name for this herb is Rhodiola rosea, but it’s commonly known as golden root, arctic root, and hong jing tian (in China).

While there are many different species of rhodiola, Rhodiola rosea is the most common form of rhodiola that is used in commerce.

Rhodiola is a low-to-the-ground plant that has bright yellow flowers. It’s an extremely slow-growing herb, it can take four to five years before it is ready to be harvested.

This herb is known as an “adaptogen” which means it helps the body adapt to stress.

Rhodiola is primarily taken to increase brain function, however, recent studies show that it may be beneficial for improving overall stress resilience.

Another aspect of this herb is that it may also help to improve physical energy and energy, as well as aid in healthy aging.

Let’s take a look at each of these benefits in further detail below.

As an adaptogenic herb, rhodiola is often used to balance stress.

The body’s reaction to external challenges or pressures is known as stress. Stress can be either internal (i.e. perfectionist tendencies) or external (a pressing work deadline).

Although the body may initially adapt to short-term stress, long-term exposure to stress can lead to various states of disease.

A human clinical trial was conducted on individuals with stress-related fatigue. The participants were given 576 mg of rhodiola extract daily. At the end of the study, the researchers reported that rhodiola has an anti-fatigue effect that helped to improve mental performance, particularly focus and attention to detail. The researchers also noted that rhodiola helped to decrease cortisol (a stress hormone) response in the study participants.

A scientific review looked at natural ways to support the body during times of stress. The researchers keyed in on Rhodiola rosea as a natural herb with the potential for helping to balance stress.

Another clinical trial found that rhodiola helped to improve stress management in individuals with symptoms of life stress. This study was large-scale with 1375 participants, but it should be noted that it was an open trial with self-reported results.

Rhodiolia has been shown to improve learning and memory function.

A meta-analysis study of 36 different studies showed that rhodiola intake is associated with improved brain function, especially when it comes to learning and memory retention. The researchers noted that the possible mechanism of action for Rhodiola rosea on brain health is through its ability to improve cerebral metabolism.

A pilot study showed that rhodiola extract worked to improve mental speed in the study participants. This was theorized by the researchers to be due to improved mental resources allocation. It should be noted that this was a simplistic pilot study, a more in-depth clinical trial is needed to confirm these findings.

In another study, military cadets were given a placebo or one of two different doses of a proprietary standardized rhodiola extract. The rhodiola-based groups had significantly lower levels of mental fatigue than those in the control group.

Not all studies have been favorable towards rhodiola and its health benefits.

A 2015 study noted that rhodiola had no impact on cognitive performance in study participants. It should be stated that the study was non-placebo controlled, and had a small number of participants (80 individuals).

Clinical research shows that rhodiola may be able to help improve physical performance and energy.

A 2018 study found that rhodiola helped to shorten reaction time and total response time in study participants. This could be beneficial for individuals that participate in sports or other fast-paced activities.

Rhodiola may also have an anti-aging effect.

A 2019 scientific review noted that rhodiola may be able to promote healthy aging. Preliminary studies show that rhodiola provides benefits for the brain (especially in regards to Alzheimer’s disease) as well as having antioxidant properties.

The History of Rhodiola

While rhodiola is a relatively new botanical in the United States (and Western Medicine in general), it has a long history of use. In fact, it has appeared in scientific papers written in Norway, Sweden, and the Soviet Union dating back to 1725.

Rhodiola has been used for hundreds of years in traditional cultures. Alongside this traditional usage, new research is starting to be published that shows the benefits of rhodiola.

In general, rhodiola is well-tolerated and safe to consume.

Common usage tells us that this herb is helpful for stress management and brain health.

It’s worth looking into rhodiola if you are needing support in any of these areas. You can buy our organic, double extracted Rhodiola here on our site.

As always, make sure to consult your doctor before making any changes to your diet or adding a new supplement. 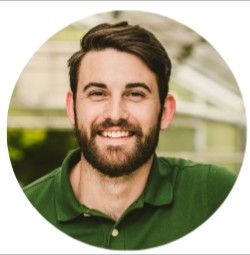 Daniel has a master’s degree in herbal science from the Maryland University of Integrative Health. He has a passion for herbal medicine and how it can be used to support everyday health & wellness. He’s the founder of The Botanical Institute, where he writes about health and herbs.